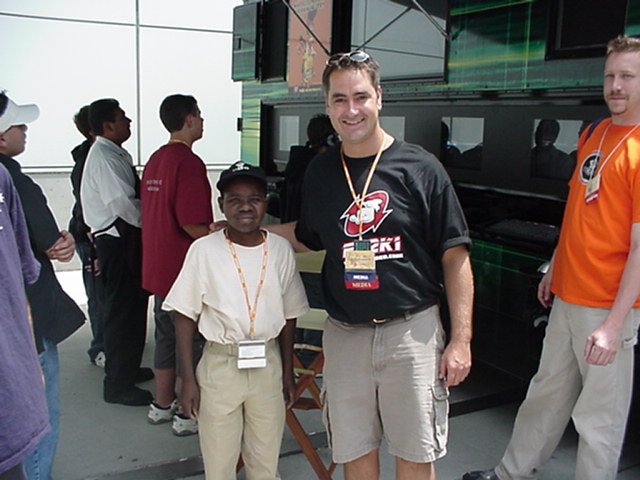 When Gary Coleman shows up, you know the party's over

And there you have it – a rundown of ten years worth of PGC and NWR mayhem. During these years we've seen Nintendo's star rise and fall; they've been behind by a bunch and ahead by a mile. And much like the company we cover, Nintendo World Report's star has risen and fallen at various times as well. But also like our namesake, we've rolled with the punches and remained a survivor in a cutthroat industry. Many a lesser enthusiast website has fallen by the wayside in the last decade, but we're still here and proud to say we made it!

Will we be around another ten years? Who knows what the future holds, but I can assure you that we don't plan on going anywhere any time soon. Nintendo keeps making the games and you keep playing them, and in the end, that's what it's all about. This is as much your website as it is ours, and thank you for helping us make this incredible journey possible. For our long-time readers, words cannot express our gratitude. And for our new readers, welcome to the show! We hope you stick around for the next ten years. Something tells me it's going to be a lot of fun.

Thanks for the memories...

BONUS CONTENT: The Louie Hall of Fame 2009: The Year in Review (So Far)