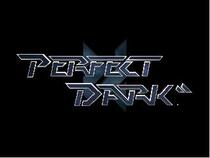 Why Would It Have Won? As the follow-up to the best-selling and critically-acclaimed Goldeneye 007, Perfect Dark made a strong bid for Game of the Year as soon as it hit store shelves. Nintendo also released the excellent Legend of Zelda: Majora's Mask in 2000, but it wasn't as unanimously praised as Ocarina of Time due to its drastic departures from series norms. Meanwhile, Perfect Dark was widely considered to be the best console shooter ever at the time. Its single-player mode features strong level design, a creative variety of weapons, and some inventive gadgets that change the game into more of a stealthy endeavor. There's also an escalating challenge in terms of objectives (not just cannon fodder) as you kick up the skill level. Its multiplayer offers compelling split-screen play, a multitude of configuration options and game styles, and customizable bots to keep things interesting.

Is It Still Worthy? That depends greatly on your definition of "worthy". If the question is whether or not you can plug in the cartridge today and enjoy the game as much as you would have in '99, the answer for first-person shooter fans is a resounding "No". Let's face it: the genre has progressed by leaps and bounds since Perfect Dark was released. The controls alone are a killer. PC gamers already know the N64 Controller never held a candle to a mouse and keyboard, and now with Wii games like Metroid Prime 3 showing the potential of the Wii Remote, there's simply no going back. Unfortunately, that's the nature of the FPS genre. Anyone who plays Doom nowadays quickly realizes that while the game had merit in its time, what was addictive then is nearly unbearable nowadays due to issues of speed and lack of precision.

The Legend of Zelda: Majora's Mask

In retrospect, history has been far kinder to Majora's Mask. Once you get over the fact that it is borrowing the Zelda universe more than it is taking place within it, you get down to a game that is very unique. While it was a bit of an undertaking to keep track of the evolving laundry list of tasks necessary to save Clock Town from ruin, it was a small price to pay for such a meticulously planned and exquisitely intricate game. Majora's Mask is truly a game that had friends comparing notes about how to get through a particular challenge or what time to talk to a specific villager to move the story along. It may not have been for everyone, but it still stands as a moody, inventive, and challenging title, and is our pick as the true 2000 Game of the Year.