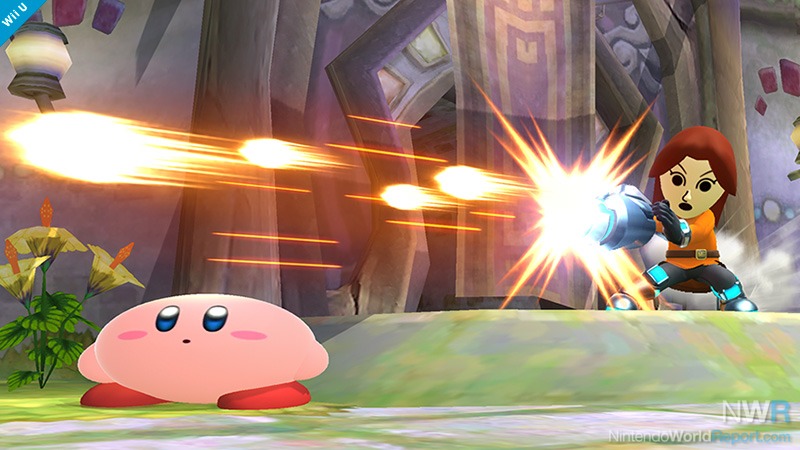 The Mii Gunner's side smash attack may have the farthest reach of all the side smashes…as should be expected from a firearms expert!! Looks like the attack missed this time, though. 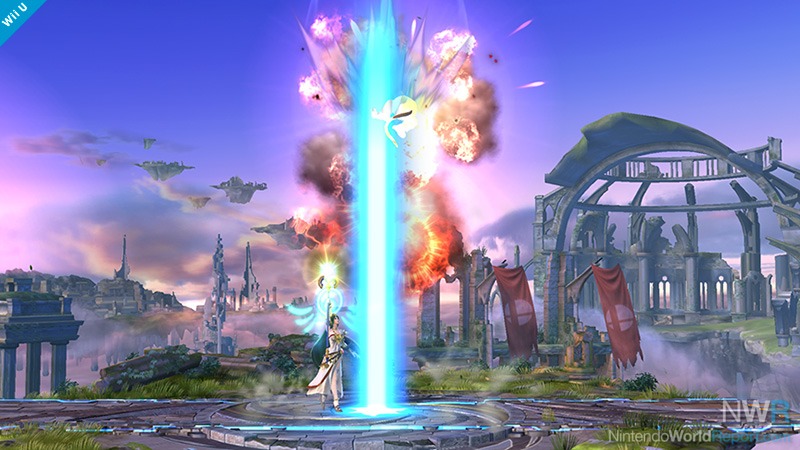 I talked about an attack with a far reach in yesterday's post, but it didn't compare to Palutena's up smash attack! No joke, it reaches really far. It reached so far in this shot that even the rocketbarrels got blown up. 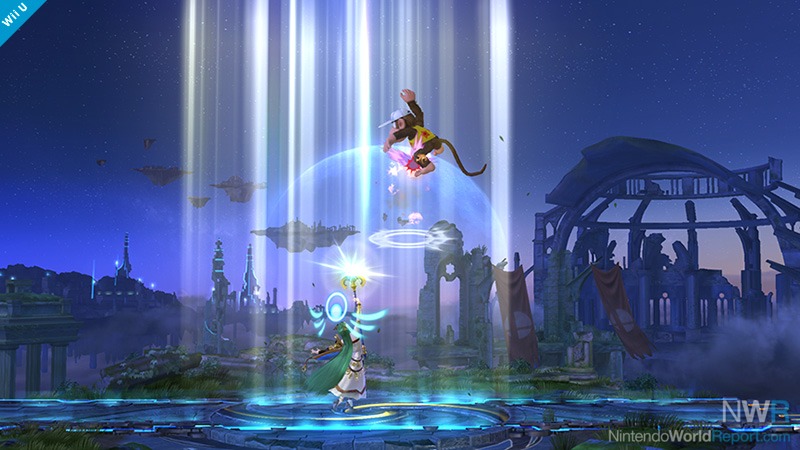 That said, if we're talking just about range, even that can't beat Palutena's power, Heavenly Light. It has quite a damage field. However, this is a no-flinch attack, which means the opponents won't react to the damage! 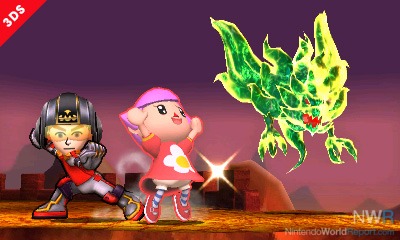 Just like in the original game, the Dark Emperor can cause status changes based on a fighter's color. Red types generally get powered up. On a different subject, the Mii Fighter is wearing a Mii Force Helmet. 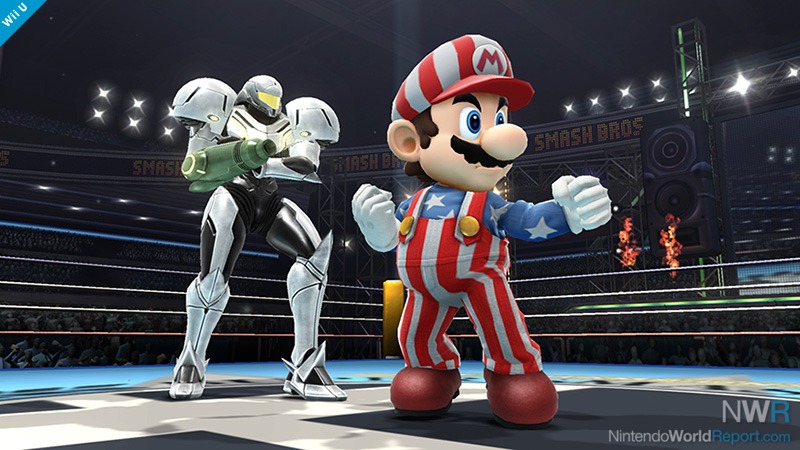 The character farther in the back isn't from the Imperial forces, and the character in the front is not the infamous drum-playing puppet in Osaka. No, Mario is actually wearing an outfit from Family Computer Golf: U.S. Course! NES Open Tournament Golf might be a more familiar title. 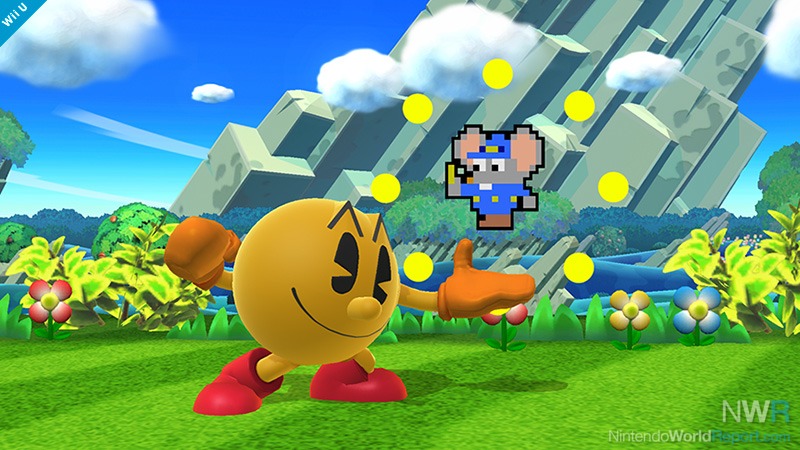 Pac-Man's up taunt is known as Namco Roulette! Namco characters from the 1980s will randomly appear. 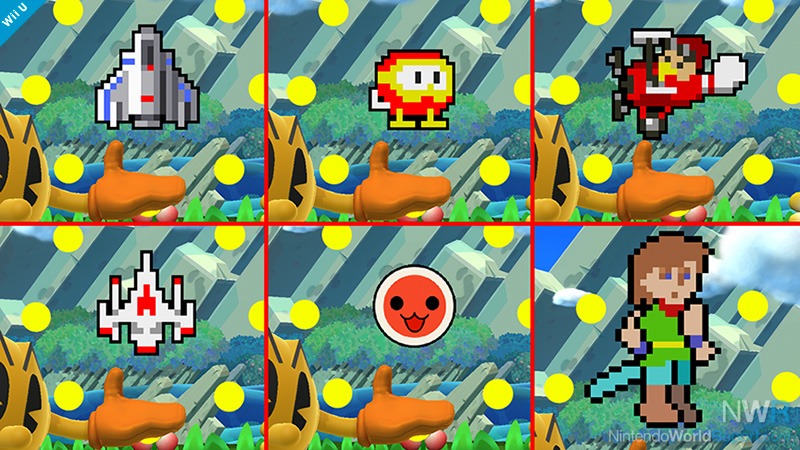 See? There's a variety of characters. Huh? One of them looks pretty recent.