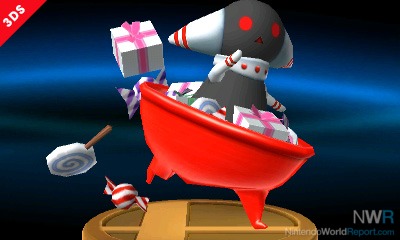 Here's a Poppant, an enemy that appeared in the previous game in this series. Poppants will appear in Smash Run, scampering around as they drop a variety of items. 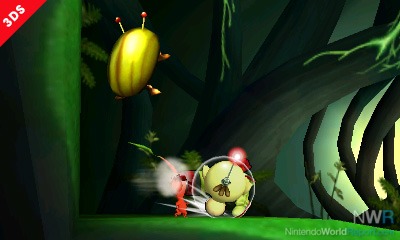 There are other bonus characters that appear in this game, too. Here's an Iridescent Glint Beetle from the Pikmin series. Keep hitting it!! Keep hitting it for gold!! 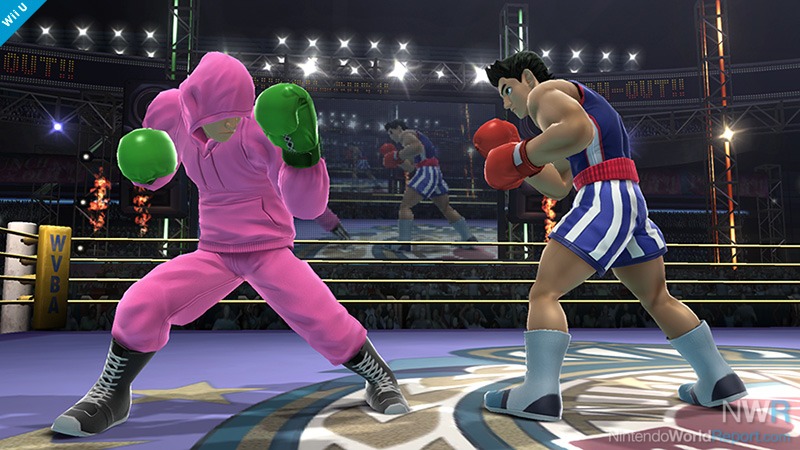 Looks like some of you noticed that this version of Little Mac wasn't shown at E3. There are many things, like Link's Skyward Sword tunic design I posted earlier, that haven't been revealed yet. 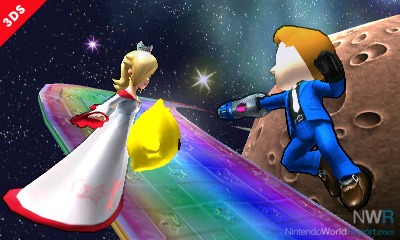 The Mii Gunner in his suit. Looking sharp! The arm cannon's design will change depending on the outfit, but the attacks and projectiles will be the same. 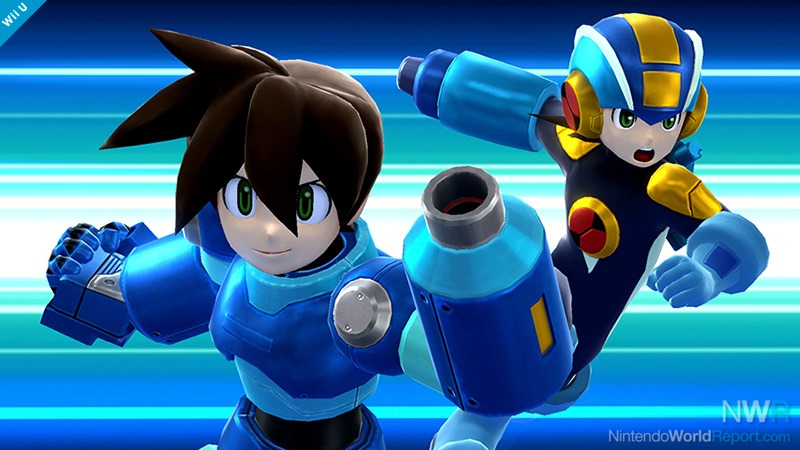 Mega Man.EXE and Mega Man Volnutt!! They only appear for a split second, but the modeling is so detailed. And if that's the case…! 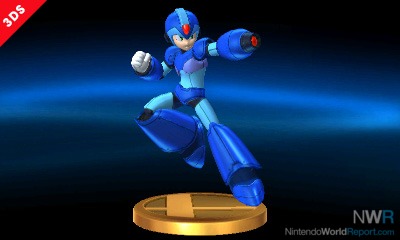 ...How can we not use it for trophy creation?! Today's update is a rare mix of Wii U and 3DS images in the same post. 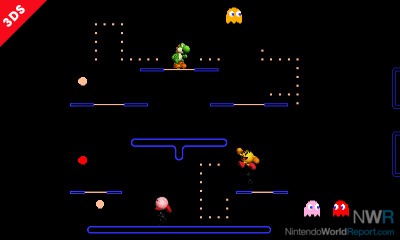 Pac-Maze is a stage exclusive to the 3DS version, created in the Pac-Man motif. If you eat 100 Pac-Dots, Power Pellets will appear in your color. 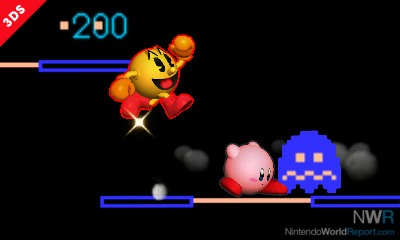