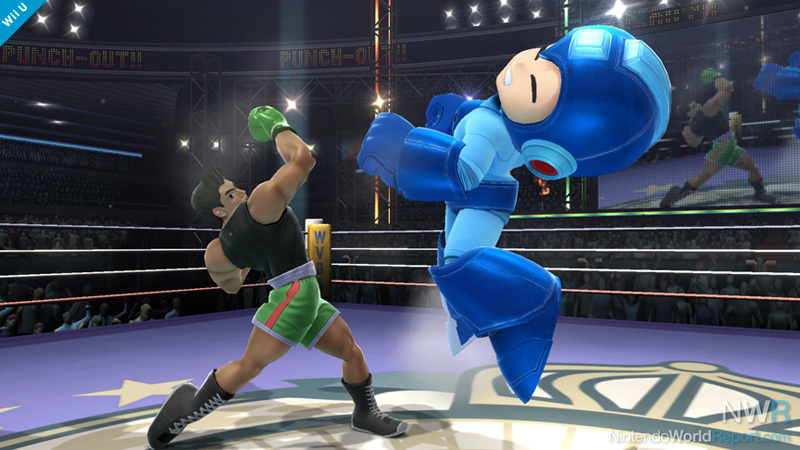 Little Mac can deliver some solid punches while fighting on the ground. 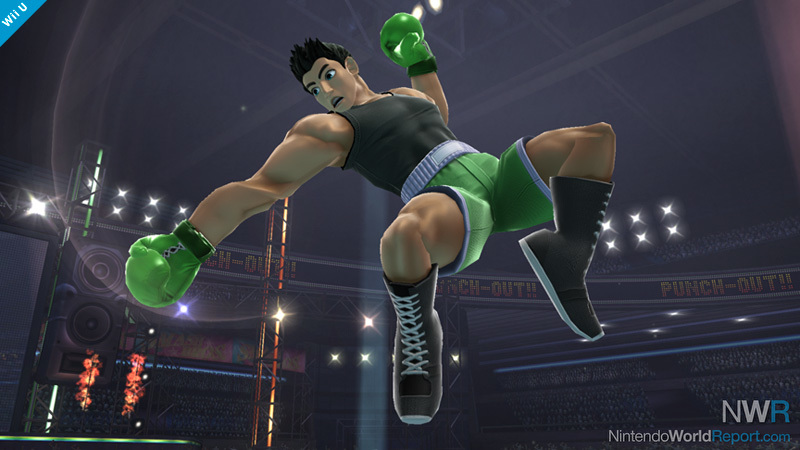 ...However, he's not the strongest fighter while airborne. Try keeping his feet on the ground and avoid being blasted into the air when you use him in battles. 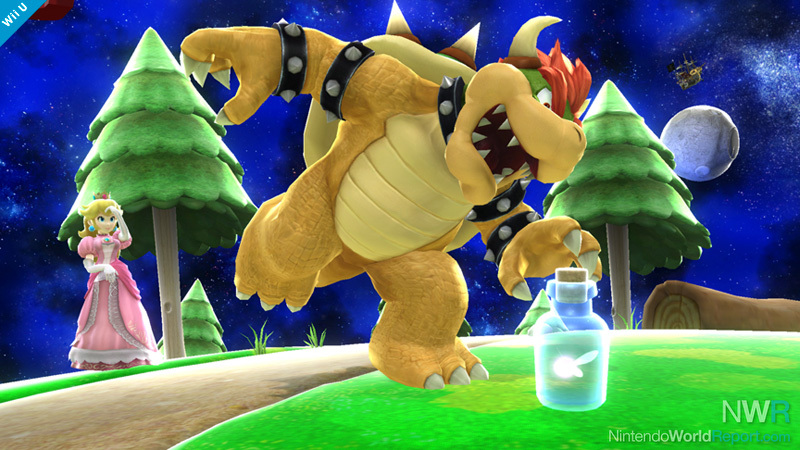 Hey look, a bottle!! This is a special item that can even heal fighters who have accumulated over 100% damage. 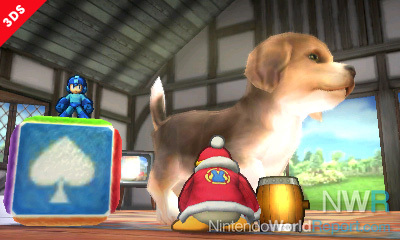 This dog is huge… Wait, no, the playable characters are small. The Smash Bros. series doesn't always stay true to scale. 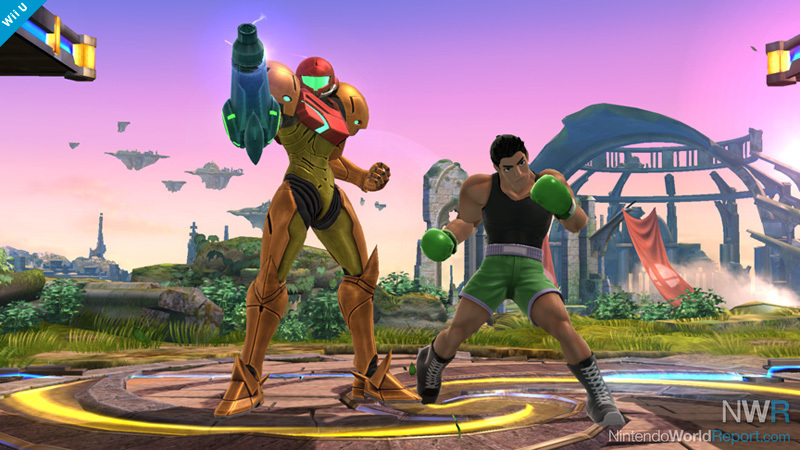 As shown in Little Mac's debut video, here is the height difference between Samus and Little Mac. He's used those mighty green gloves to punch out many challengers bigger than himself. 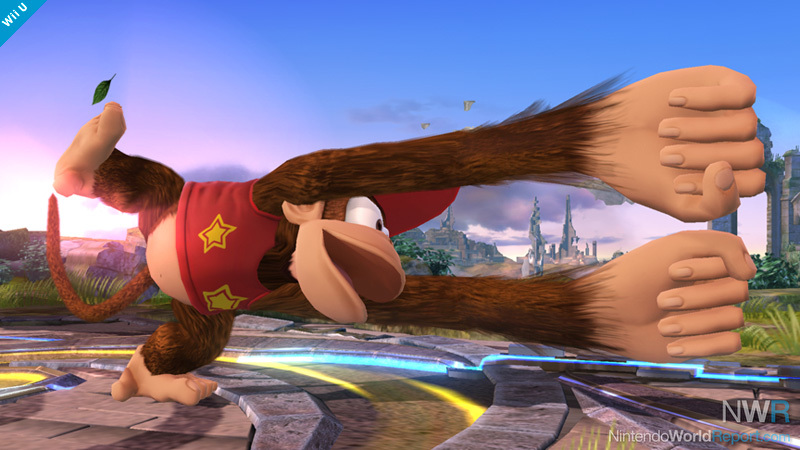 Donkey Kong Country: Tropical Freeze is out now in Europe and North America! ...And to celebrate, Diddy Kong joins the battle!! We've increased Diddy Kong's flexibility this time. This picture shows how far his punches stretch during his strong side attack. 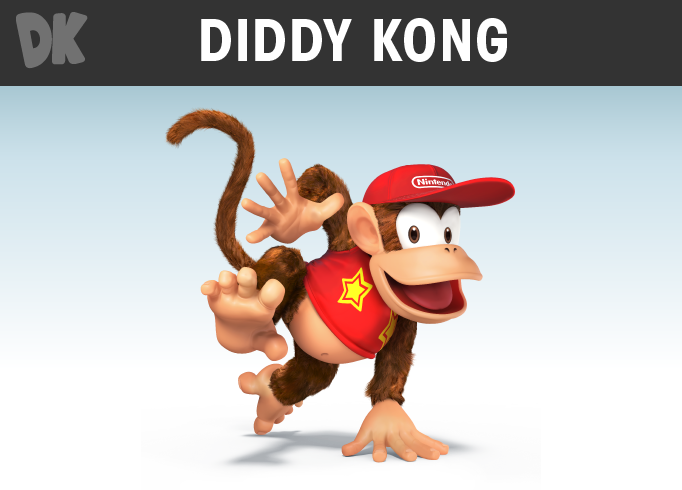