This one won't be a soliloquy.

Nintendo have announced the reveal of the next Smash DLC will be tomorrow at 10 a.m. ET, 7 a.m. PT, and 1600 UTC. Unlike prior character reveals, the video will only be a few minutes long and will be followed by a "brief" message from Smash director Masahiro Sakurai.

Jump Rope Challenge will continue to be available past the planned September 30 end date.

The free work-from-home project developed at Nintendo was slated to be pulled from the eShop sometime tomorrow, but will remain on the eShop "until further notice" according to a Nintendo of America Twitter post.

The second part of the Pokemon Sword and Shield expansion pass will be coming in a few weeks.

Crown Tundra, the second expansion area, will be available on October 22 (North America)/23 (rest of the world) for owners of the Pokemon Sword/Shield expansion passes, along with an update for additional... Read more...

Fans of Radio Free Nintendo might be familiar with developer Mommy's Best Games as they have some grappling history.

From Pig Eat Ball developer Mommy's Best Games, Shoot 1UP debuted on Xbox Live Indie Games in 2010. The main hook is that when you get an extra live, you don't just get another number, you get an actual ship on screen to control,... Read more...

The Jackbox Party Pack 7 is due out soon with five new games, including Quiplash 3.

The Jackbox Party Pack 7 is coming to Nintendo Switch on October 15.

The latest entry in the long-running series features five new multiplayer games that all require players to use their phone or tablet as a controller. Here's the list:

Quiplash 3: Taking the spot of the "venerable classic getting... Read more...

by Donald Theriault - 9:28 am EDT
Discuss in talkback! Source: The Pokemon Company

Come get your birds, golems, pixies, musketeers, and gerbils.

We won't have to wait long for more details on The Crown Tundra.

The Pokemon Company has announced a video of updates on the second part of Sword and Shield's Expansion Pass will be available tomorrow at 9 a.m. ET, 6 a.m. PT, and 1300 UTC.

Although the quarter's end aims to get the most money in, the biggest release of the week is a) free, and b) temporary. Super Mario Bros. 35 drops Thursday, so hope you don't get thrown into a game with someone who's speedrunning the game given the world record is sub-5 minutes.

A closer look at each of our champions

As part of their TGS Presentation this morning, Nintendo and Koei Tecmo showed off a new trailer and gameplay for Hyrule Warriors: Age of Calamity. The trailer gives us a quick look at each of the four champions and shows off a bit more of the world. The trailer can be found below. Beyond this Nintendo... Read more...

by Donald Theriault - 9:16 am EDT
Discuss in talkback! Source: Nintendo 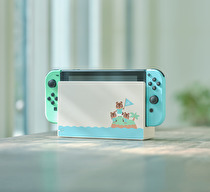 Animal Crossing will allow for the Halloween celebrations that may not be possible otherwise soon.

The free update for the fall will feature a Halloween party from 5 p.m. to midnight local time on the 31st of October, as well as the option to buy candy and grow pumpkins for the month's DIY projects. Jack, the Halloween "czar", will also appear.

by Donald Theriault - 10:17 am EDT
Discuss in talkback! Source: Sega

The M2-enhanced version of Herzog Zwei, TechnoSoft's legendary 1990 game that was one of the first real-time strategy titles, is now available worldwide. Pricing as with other Sega Ages title is US$7.99/C$8.99/€6.99/£5.99.

A practice mode and tutorial, as well as online play, have been added to the game for the Ages release.

Symphony Of The Mask Now Live For Cadence Of Hyrule Switch 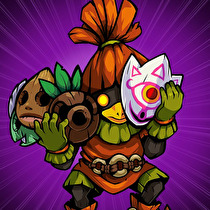 The final portion of the Cadence of Hyrule expansion pass is now available.

Developer Brace Yourself Games confirmed the update bringing the Symphony of the Mask story expansion is now available. New modes, dungeons, and songs among other items are included in the update.

Thanks to the Nintendo parent site for leaking this.

Nintendo has dropped a random online fighter on the world.

Kirby Fighters 2, the sequel to 2014 3DS downloadable title Kirby Fighters Deluxe (itself a side game in Kirby Triple Deluxe), is now available on the Switch eShop. It retails for US$19.99/C$26.99.

Online Leagues and Watch Mode are coming to Super Mega Baseball 3 on September 29 as part of the 2020 release's fourth update.

For those keeping score at home, that's 1.875 Lucasfilms.

Gaming's largest privately held publisher is off the market.

ZeniMax Media, the parent company of Bethesda, has entered into an agreement to be bought by Microsoft for US$7.5bn. This would give Microsoft ownership of properties such as Doom, Elder Scrolls, Fallout, and Wolfenstein.

How coincidental that Nintendo Switch Online players get a stockpile just in time for the renewal.

The new releases are quiet, but given last week's unexpected Thursday shadowdrops among the dozen or so that came out, it's subject to change. The prime releases are Rivals of Aether, which attempts to redeem the indie Smash-like after Bounty Battle Shockmaster'd, and CastleStorm II from Zen Studios.... Read more...

Other News From The Partner Showcase Switch

A quick rundown of some quick hits

The other titles shown off in today's Partner Showcase video:

Sniper Elite 4, set in World War 2, will be available this holiday season from Rebellion. A new trailer for Rune Factory 5 was shown, also advising of a 2021 release date. Empire of Sin showed the character creator in a trailer, but no... Read more...

Wait, I thought this was a 3rd party showcase?

Although today was a Nintendo partner showcase, a new Nintendo published game was announced.

Fitness Boxing 2, a sequel to the early 2019 release, will be available on December 4 with preorders open now. In North America and Europe the game is published by Nintendo.

Players will punch to the rhythm in this sequel which will have 23 songs to fight with, and save files from the original game will carry over.

Ori And The Will Of The Wisps, The Long Dark, Hades All Launching Today Switch

GIVE ME ALL YOUR SHADOWDROPS.

Each Partner Showcase has a shaodwdrop, but today's has gone even further beyond.

Ori and the Will of the Wisps from Moon Studios, the sequel to Ori and the Blind Forest that launched on Xbox One and PC in March, will be available along with a collector's... Read more...

And this is to go even further beyond!

NISA is bringing a Disgaea game to the Switch first, dood.

Disgaea 6 has been announced for Switch with a summer 2021 release. The main character Zed is a zombie who gets stronger every time he dies, and the game promises damage into the quadrillions and a max level of 99,999,999.

A Nintendo Switch Online trial of Disgaea 5 Complete will also be available from Sept 23-29.

Let's face it: there is no way we were going into a Tokyo Game Show without an upcoming Monster Hunter.

Monster Hunter is heading to Switch again in a big way.

Monster Hunter Rise will launch on Switch exclusively on March 26, as announced in the Partner Showcase. Hunters will have to stop monsters from rampaging and will be able to grapple anywhere in the environment.

Monster Hunter Stories 2: Wings of Ruin, a sequel to the 2017 3DS release, will follow next summer.