It has to better than last time... right?

To wrap up their financial briefing this morning in Japan, Nintendo officially confirmed their long rumored partnership with Illumination to produce an animated Super Mario Brothers movie. No details or proposed release window were given, merely a confirmation of the project's existence. It has however been confirmed that Shigeru Miyamoto will be co-producing the film, alongside Illumination CEO Chris Meledandri.

The next smartphone game from Nintendo will race into smart devices by March of next year.

Mario Kart Tour was announced for smartphones at Nintendo's strategy meeting tonight. The game is slated to launch by the end of the next fiscal year (April -> March 2019). No other information is available.

Get your splatting in now.

The free ride is a few months away from ending on Switch.

At tonight's post-earnings strategy meeting, CEO Tatsumi Kimishima announced that the Switch's paid online service will begin in September of 2018.

The pass we've all been waiting for.

The Switch has passed its first target.

Nintendo has released their results for the 3rd quarter of fiscal 2017 (ending December 31), and have officially confirmed lifetime shipments of the Switch of 14.86 million units to pass the Wii U's 13.56m lifetime shipments. It is now the fastest selling home console by units shipped in company history, passing the sales of the Wii (13.17m) for the same timeframe.

Fire Emblem Heroes will have their first anniversary bash starting Friday, and the plans were laid out in a video posted earlier this evening.

A special bonus of 50 orbs will be given to all players who log in between the anniversary and March 7, with another 50 available through special daily... Read more...

This Is The Police 2 Locks Up 2018 Release Date Switch

A key member of the Switch's adventure game lineup will come back for a second round this year.

This Is The Police 2 has been tagged for a 2018 release on Switch. The sequel will carry on the adventure and simulation game combination of the original, which involves managing a police force and making decisions at the crime scene.

The development team confirms that changes will be coming to the speed of the game, including a faster default movement... Read more...

Jools Watsham provides a behind-the-scenes look of Atooi via his blog.

Developer Atooi dropped some news today via a blog post from owner Jools Watsham, including a surprising announcement of a new Switch title “Soccer Slammers”. Watsham describes it as an arcade soccer game that takes inspiration from NBA Jam that promises 2-On-2 fast-paced gameplay.

Soccer Slammers will be coming out in time for the World Cup, which starts in mid June.

No RPG elements here, except for one of the new modes. 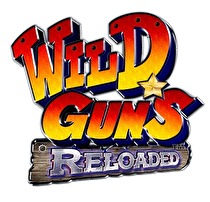 A remake of one of the games that put Natsume on the map will blast into the Switch in the next few months.

Wild Guns Reloaded, the remake of Natsume's 1995 scrolling shooter, has been tabbed for a "early 2018" release on Switch. The original title released on the Wii U Virtual Console in late 2015.

Tribute Games have announced that their popular treasure hunting title Flinthook and side-scrolling shooter Mercenary Kings will come to Switch, with the latter arriving on February 6 in a "Reloaded... Read more...

The Steam Early Access hit is making its debut on all consoles this year.

One of Steam Early Access's biggest success stories is coming to Switch this year.

French developers Motion Twin have announced that their side-scrolling action RPG Dead Cells will release on Switch among other consoles in 2018. No further specifics about the release date are available, but it will be after the game leaves Steam Early Access. To date, the early version has sold over 600,000 copies.

by Donald Theriault - 6:10 am PST
Discuss in talkback! Source: Nintendo

Although by volume or price you'd think Lost Sphear is the big release of the week, this is a week where it's worth thinking smaller. Like with Celeste, the game that charmed us all with its appearance in the Nintendo Direct two weeks ago, but may have a big number of its own coming. Or maybe you're into possible lawsuit games, in which case ChromaGun came out on Monday.

No word on a possible appearance by a man dressed like a bat.

European Switch owners will have a chance to try one of the platform's first multiplayer battle arena titles this weekend.

Arena of Valor will be hosting its first beta for Europe this weekend, beginning at midnight UTC Saturday (8 p.m. Eastern time Friday) and running for two full days. Player data will not carry over from the beta.

An option for the memory-starved role player.

Darkest Dungeon will soon come to retail on Switch.

The Lovecraftian RPG which released on the Switch last week will release on a Switch card in March with the assistance of Merge Games. MSRP for the Switch edition will be $39.99 and the currently available DLC packs (The Crimson Court and The Shieldbreaker) will be included.

Miitomo To Close In May Mobi 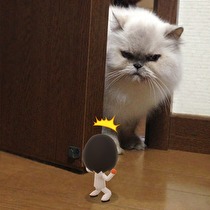 After two years of questions, Miitomo will be closing its doors.

The communication app, Nintendo's first foray into the mobile market, will terminate service at midnight Pacific time on May 9. In-app purchases have been turned off as of today.

A full list of items affected by the closure is available on the game's microsite.

My Time At Portia Coming to Nintendo Switch Switch

A big, wide, open-world of crafting and friendship.

Team 17 confirmed this morning that open-world life simulator My Time at Portia will be arriving on Switch later this year. Developed by Pathea after a successful Kickstarter campaign, My Time at Portia invites players to explore, harvest, craft, and develop relationships in their town. The game also... Read more...

Just need SteamWorld Tower Defense and we've got a bingo.

SteamWorld Dig 2 wowed audiences on Switch last year, and we'll soon return to where it all began.

In an interview recorded with Image & Form's Brjann Sigurgeirsson for an upcoming episode of the eShop Action Committee podcast, Brjann announced that the original SteamWorld Dig would release on Switch on 1 February barring unforseen circumstances. The game will be priced at $9.99.

On a full house of a day, it's a fuller house of games.

In the North American shops this week, Nintendo really wants you to think that the big game is the 3DS retail release du jour in Kirby: Battle Royale. But we all know the truth: The ability to absorb a foe in a single inhale is insignificant next to the power of Cthulhu. Hencem the big winner this week is Darkest Dungeon, launching on Switch with hopefully readable text in handheld mode.

How do you get to 4.8m Switches in ten months? The holidays help.

Nintendo has released numbers confirming December 2017 as their biggest hardware sales month in seven years in the United States.

Ahead of the release of the monthly US sales report from the NPD Group, Nintendo issued a press statement today confirming that more than 2.6m units of hardware were... Read more...

They'll get you running hot and cold.

In addition to the water, Switch owners will also be able to race on the snow next month.

Bigben Interactive will be publishing Snow Moto Racing Freedom on Switch next month. This will be the second racing game Bigben releases in February, with the first being Aqua Moto Racing Utopia which was announced last week.