The Legend Of Zelda: Majora's Mask Next In The Switch Online Expansion Pack Queue 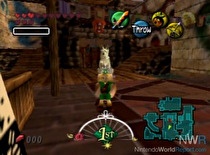 The Switch Online Expansion Pack will meet with a terrible fate next month.

In a press release announcing the launch of Banjo-Kazooie on the Expansion Pack, Nintendo also confirmed that February's NSO+ title will be The Legend of Zelda: Majora's Mask. The 2000 release will be the second of the two N64 Zeldas in the pack.

It appears the releases will be monthly for N64 games. The following titles are still pending for the Expansion Pack based on its announcements in September's general Nintendo Direct: Pokemon Snap, Kirby 64: The Crystal Shards, Mario Golf, and F-Zero X.