Square's busier than Nintendo on their own platform from now until February. Who knew?

It seems like every week, another Square Enix game is announced for release soon. A third Voice of Cards game came out the day of the September 13 Nintendo Direct and wasn’t mentioned in the Direct, likely because at least 5 other Square Enix games already had a chunk of time in the 40-minute presentation.... Read more...

Where The Eff Is Daisy?: The Curious Case of Mario Strikers Battle League's Roster WiiSwitchGC

How does the day-one roster for Mario Strikers: Battle League compare to the two previous Strikers games? 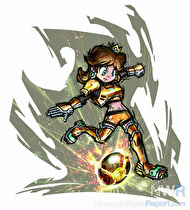 I have not played Mario Strikers: Battle League yet, but after seeing the roster of playable characters - or rather, the reaction to the roster - I was curious to see how exactly the roster stacks up to the two previous Mario Strikers games and if the absences of Daisy, Diddy Kong, and more are worth... Read more...

The Switch shattered 100 million units, but what does that mean for the sales of Nintendo video games? We try to sort it out. 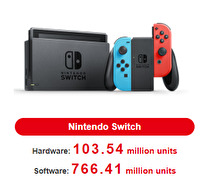 Nintendo Switch has the momentum of the runaway freight train. Why is it so popular? A big reason is the games, but Nintendo has generally always had the games. The Switch just managed to hit the perfect sweet spot between approachable and deep as well as casual and hardcore. It appeals to everyone and is limited only by its dated specs and janky online.

LEGO's Sonic the Hedgehog Set is Charming and Teasing

Building around at the speed of sound.

After how proprietary elements of the LEGO Mario sets have become, I was looking forward to diving into the straightforward and old-fashioned stylings of the recently released LEGO Ideas Sonic the Hedgehog Green Hill Zone Set. Coming from the LEGO Ideas subset, this is a project that started from... Read more...

This got out of hand.

For the past five or so years, I’ve kept a running list ranking my favorite games of the year. I add new games as I play them, idly tinker with it once every month or two, and sometimes make big swings when a game turns sour over time or I find myself returning to it more than I expected. It’s... Read more...

Nintendo 64 and Sega Genesis are (nearly) here, so it is time to rank these games.

With the launch of Nintendo 64 and Sega Genesis games on October 25, the world of Nintendo Switch Online’s retro games libraries just got way bigger and, with the addition of Expansion Pack, a little more complicated. As of now, you can pay a little bit of money for NES and Super Nintendo games... Read more...

I remember realizing when playing a demo for Final Fantasy XV that Square Enix wasn’t going to make a Final Fantasy in the style I wanted ever again. I longed for the sublime sprite work of Final Fantasy on Super Nintendo. I wished for the flurry of intriguing and mostly excellent turn-based adventures... Read more...

I Will Always Love You, DSiWare DS

Alternately: here’s some of the best games we’re losing on DSiWare.

Excitement rushed over me as I swung by the GameStop near my college to pick up my Nintendo DSi preorder on April 5, 2009. I was happy to finally try out that Rhythm Heaven game everyone imported on Game Boy Advance, which had no DSi features; Nintendo just thought why not drop a niche game on the... Read more...

With Nintendo buying the Luigi's Mansion developer, Neal ranks all of their previous releases.

Nintendo is in the process of acquiring Vancouver-based developer Next Level Games, whom they have been working with since the GameCube era. Astute fans will recognize them from their work on Luigi’s Mansion Dark Moon and 3. Some others might remember their Punch-Out and Mario Strikers work. The... Read more... 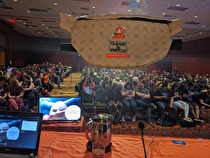 The Metroid Gag in Paper Mario: The Origami King's Trailer Is Likely Just a Gag 3DSSwitchDSWiiWiiU

The Quirkiness of Mario Maker Is Muted on Switch 3DSSwitchWiiU 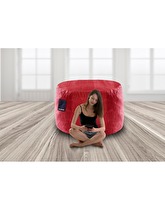