We're doing our versions of March Madness. 68 games enter, only one wins. 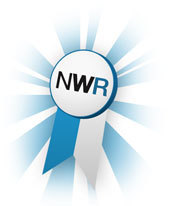 On March 7, 1999, PlanetN2000 launched. 15 years later, we're still here, though we've changed a bit. This time for our anniversary, we're going to try to determine the best game that came out on a Nintendo platform since we started, and you get to help us. You can check out some fun history stuff here, if ya like.

The staff got together and determined four games from each of the past 15 years that we thought were the best of that year. We also made space for eight wild card games. To rank these games, we averaged the Nintendo World Report review scores with their MetaCritic averages. It might seem a little convoluted, but it makes sense, especially if you're an amateur bracketolgist like me. As you'll see in the brackets in the image gallery below, our four top seeds are Super Mario Galaxy, Resident Evil 4, The Legend of Zelda: The Wind Waker, and Metroid Prime.

We're going to start with the eight wild card games, so turn the page and check those games out, then go vote on them in the forums.

If you're curious, here's the rough schedule of events:

The Wild Card Round