If you're having trouble finding Gimmighoul coins they're CLEARLY at NCL headquarters. 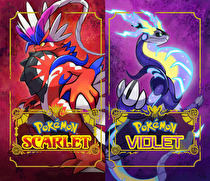 The wilds of Paldea are full of trainers, if Nintendo's sales reporting is any indication.

Nintendo released a statement on their Japanese corporate site this afternoon NA time confirming the pair have shipped more than 10m copies worldwide in their opening weekend (retail copies + digital sales). This includes a domestic (to Japan) total of 4.05m, which tops Splatoon 3's mark of 3.45m set back in September. A follow up statement from Nintendo of America confirmed that Scarlet and Violet are the first games in Nintendo history to ship >10m copies in a weekend.

For comparison to prior titles: first recorded sales numbers for Pokemon Legends: Arceus were more 6.5m in a week, while Sword and Shield combined to sell more than 6m copies in their 2019 opening weekend.