Crytek UK, formerly Free Radical Design, is trying to get new TimeSplitters off the ground. 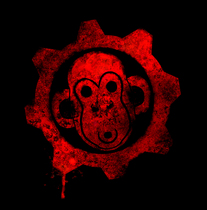 The TimeSplitters series, which last saw an entry in 2005, is being shopped around by developer Crytek UK, according to Eurogamer.

"There hasn't been a TimeSplitters game for quite a while. Obviously TimeSplitters is a first-person shooter with a strong multiplayer element," said Managing Director Karl Hilton. "The question is, is that the way to go with another one, or should it go down a different route, or should we be developing a new IP altogether?"

He followed up by saying that the series would not lose its trademark humor along the way. "I don't think it's about sacrificing the Britishness. It's about working out with a publisher what's the characteristic and personality of the game. Every good game should have a personality," Hilton said.

TimeSplitters 4 was originally in the works in 2007, but was put on hold when the company had financial troubles in 2008. In early 2009, they were bought by Crytek, becoming Crytek UK and working on the multiplayer portion of Crysis 2.

Fuck no, don't work on a new IP. Haze was terribad. Bring on Timesplitters 4, all the way.

Hell yes, bring on a new Timesplitters.  With all these serious FPS games, I could use a more lighthearted, parody-driven Timesplitters game.  "IT'S TIME TO SPLIT!"  ;D

TimeSplitters Future Perfect was the best shooter of the last generation. I hope this does become something, because a new TimeSplitters game would be a nice change of pace from all the realistic war games released these days.

Why would they be shopping this around to other publishers? Does Crytek not want to publish themselves? Otherwise, it would be like EA Canada developing a game and shopping it around rather than EA publishing it themselves.

If a new TimeSplitters game does come to Wii, then I hope this happens.

I'm not entirely sure, but Crytek ain't exactly EA.

My guess is that Crytek UK is a little more autonomous than most owned developers.

Maybe, but it's odd that Crytek wouldn't be the first choice to publish a game they own. I guess it's possible Crytek already told there UK studio that they weren't interested and that they could look for another publisher to do it.