Domo Arigato: Gato Roboto To Shoot Up Switch In 2019 Switch

Devolver's 2019 lineup not only includes genocidal bananas, but also cats in robots.

Gato Roboto is the company's latest announcement, coming at PAX West and releasing wide in 2019. The game has an art style similar to recent Devolver Switch release Minit, but substitutes the overhead view for a side-scrolling exploration platformer.

Fans of dystopic sci-fi should note the star.

After launching Layers of Fear: Legacy last year, Bloober Team is moving far into the future for their next project.

The Polish developer has announced Observer (stylized >observer_) for the Switch, with no release date. Set in the year 2084, the title character is a private detective named... Read more...

No word on if Travis will enter the world of an untitled game about waterfowl. 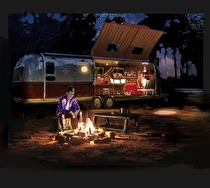 For the third time on a Nintendo platform, Travis Touchdown has copped a January release.

Travis Strikes Again: No More Heroes has been confirmed for release on January 18, 2019. The news was revealed ahead of the PAX West show in Seattle.

A sequel to one of the last lights of WiiWare is coming to Switch "soon".

La Mulana 2 has been announced for release on Switch and other consoles. The reveal was first made by Famitsu, with a simultaneous reveal at Microsoft's indie games event prior to the PAX West expo.

No release date was given for the exploration game. Console builds are in progress, but the game just recently launched on Steam after a Kickstarter campaign. 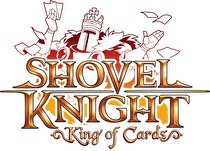 The Escapists Remanded To Switch Later This Year Switch

by Donald Theriault - 6:00 am EDT
Discuss in talkback! Source: Team17

These prisons aren't as bad as Burnside. Allegedly.

The Escapists 2 came out in January, and now its predecessor game has been remanded to Switch Penitentiary.

Team17 have confirmed that they are bringing The Escapists, a 2015 co-op escape game, to Switch later this year. Officially known as the Complete Edition, the Switch version will include nine DLC maps, including one that has never been seen on console previously known as Fhurst Peak.

The happening bunker is now open. 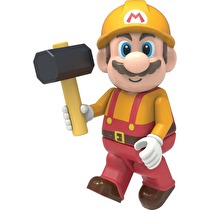 UPDATE: The maintenance has been pushed back to Monday, September 10. Original story follows.

A major maintenance period for all of the Nintendo shopping services will be going on in a few hours.

Nintendo's network status page is indicating that all shopping services including the web store... Read more...

Stick to the wyrmite and it should all be OK. 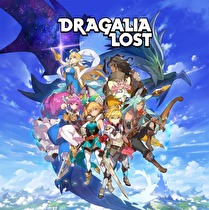 Nintendo's latest mobile effort debuts on September 27, and they rolled out details about the game in a Direct earlier this evening.

The unnamed main character is a Pactbound, a human who formed a pact with a dragon known as Midgarsormr, and is the seventh in line to the throne of his kingdom. The Kingdom of Alberia is protected by Sacred Shards, whose powers are fading.

Nintendo's next mobile game will be out in late September, and we'll have more details tonight.

Dragalia Lost, Nintendo's co-developed original title, will release on September 27 in the United States, Japan, Hong Kong, Taiwan, and Macau. Other countries will roll out in the future.

More details about the game will be revealed in a Nintendo Direct airing tonight at 11:30 p.m. Eastern time, 8:30 p.m. Pacific.

Remaster Of Original Onimusha To Slice Up Switch In January Switch

Capcom is going way back for this one.

Capcom is remastering another one of their PlayStation 2 titles for Switch, which is so old as to tout analog controls as a new feature.

Onimusha Warlords, the original game in Capcom's early-2000's samurai series, will be remade for Switch. The remaster will launch on January 15, 2019 for US$19.99.

by Donald Theriault - 10:00 am EDT
Discuss in talkback! Source: inXile

A new lead on the busy RPG month. 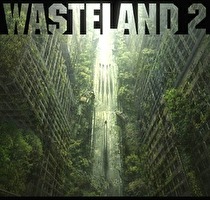 The wasteland awaits near the end of the northern summer.

inXile Entertainment have confirmed a September 13 release date for Wasteland 2 on Switch. The post-apocalyptic sequel to the 1988 classic computer RPG can be preloaded now.

Into the Breach is out right now, and also a whole mess of other games ranging from TowerFall to Untitled Goose Game were shown.

Into the Breach, Samurai Gunn 2, and TowerFall headlined the reveals during Nintendo’s Nindies Showcase Summer 2018. Into the Breach, from the creators of FTL, is available today following its February 2018 PC launch.

The big day is September 28, though others may point to December. 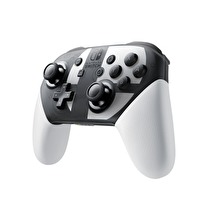 Nintendo has announced a few refreshes and some new Smashing gear today.

by Donald Theriault - 6:01 am EDT
Discuss in talkback! Source: Nintendo

Way up north in Alaska, the hunt is on - but could someone check on Zach?

The retail space is well represented this week, as four different games pop into various shops on Tuesday (with Europe picking up a fifth in NISA's God Wars on Friday). The biggest of the guns is Monster Hunter Generations Ultimate, with cat puns and monsters ahoy. Also coming is Zach GOTY Blade Strangers... Read more...

Today during a Gamescom 2018 presentation on Xenoblade Chronicles 2: Torna the Golden Country, Nintendo revealed that Elma from Xenoblade Chronicles X would be added as a DLC character immediately. Elma can be added to your menagerie of Blades after completing her specific challege "Otherworldly Fighter" in challenge mode.

The gang is all here! Except for Krystal... Fay, Miyu, Dash, and maybe Amanda. 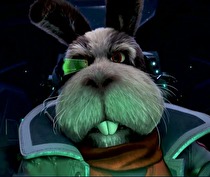 In a now removed video from Gamescom 2018, IGN has evidently revealed Peppy will be joining Fox on his journey through Atlas. Neither Ubisoft or Nintendo has commented on the reveal and the video was very quickly taken down. That being said, a quick screen grab of Peppy still gives us a great first look at Fox's stalwart mentor and friend.

by Donald Theriault - 7:06 am EDT
Discuss in talkback! Source: Nintendo

Two in eight days, and yet there may not be repeats.

After the European presentation this week for Gamescom, Nintendo of America is throwing a pre-PAX party.

NoA have announced a Nindies Showcase video will air on Tuesday, August 28 ahead of the PAX West expo the following weekend. Previous Showcase videos have aired prior to Switch's launch, before PAX West 2017, and alongside the Game Developer's Conference this year.

July has become a Nintendo month.

July was Nintendo's best month of the year so far in the US NPD Group's sales survey.

All data is for the period of July 8 to August 4.

In hardware, the Switch was the best selling system of July on both a unit sales and dollar sales basis, with Nintendo reporting their highest hardware unit sales for a July since 2009. This sets a bound for combined Nintendo hardware sales of between approximately 650k (July 2010) and 832k (2009).

by Donald Theriault - 5:47 am EDT
Discuss in talkback! Source: Tencent

Wreck fools from Nashville to Norway, Bonaire to Zimbabwe

Arena of Valor's release window is narrowing, and it's added some nice features.

The 5v5 multiplayer battle arena game will launch in September, which goes along with the previously announced "Fall" release for the full game. The servers for the game will be global, making it possible to team up with and battle players from all over the world.

So you can actually fill in your choices for the final season.

The entire Telltale Walking Dead series is going to shamble onto the Switch by the end of the year.

Telltale has confirmed that 2012's Season 1 of their famous adventure series will launch on Switch next Tuesday (August 28) with Season Two to follow later this year. The Season 1 release will also include 2013's 400 Days expansion.