The fifth movie marks the last time North American Pokemaniacs would see their favorite heroes on the big screen.

By the time the fifth movie rolled out, there was very little interest in the Pokémon series of movies outside of diehard fans of the games and anime series. Miramax was once again the main distributor while 4kids handled the localization as expected. The film, however, received an even more limited theatrical release this time around, making Pokémon Heroes the last movie to be seen in North American theaters. In Japan it was released on July 13, 2002. In North America it landed in theaters on May 16, 2003, with a VHS and DVD release happening on January 20, 2004.

What about the movie itself, though? Pokémon Heroes: Latios and Latias takes place during the Master Quest season of the Pokémon anime, between episodes “Just Add Water” and “Lapras of Luxury”. Much like previous films in the series, the movie introduced legendary Pokémon from the third generation of games, long before the release of their respective games.  This was also the last movie Misty appears in, making way for the Ruby, Sapphire and Emerald companion, May, and her younger brother Max.
Pokémon Heroes tells the story of an evil Pokemon trainer who terrorized the city of Alto Mare using Kabutops and Aerodactyl. Latios, the guardian of the city, summoned a lot of water to drown the evil Pokemon, bringing water to the canals of the city. Unfortunately, Latios sacrificed his life to accomplish this, leaving his children, Latios and Latias, orphan. His spirit, however, has been encased within the Soul Dew, and remains vigilant of the city.  Two thieves named Annie and Oakley seek to gain control of it, unleashing destruction onto the city in the process. It is up to Ash, Brock, Misty and Pikachu to team up with Latios and Latias and stop this new menace once and for all. 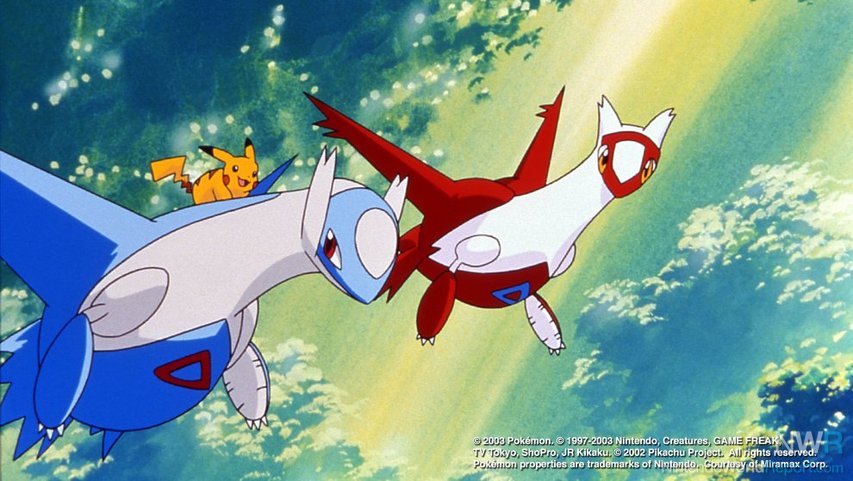 Latios and Latias: The destined heroes of Alto Mare

The idea of Pokémon being legendary guardians is not new. Both the games and the previous movies made allusions to Pokémon being linked to not just a city but to the world and life as a whole. But what makes this story interesting is that this is one of the first times in which Pokémon have sacrificed their lives for the well-being of the world, creating a mythos that fuels the existence of the Pokémon and their universe. Pokémon Heroes also has unholy resurrections in the form of Kabutops and Aerodactyl. The two thieves use their fossils to bring them back to life.

The city of Alto Mare was based off of Venice, Italy. Not only was the design of Alto Mare inspired by the Italian city, many of the characters mention Italian words like “Ciao” and “Arrivederci”. Two of the characters also feature Italian names, Lorenzo and Bianca.
One interesting thing about the English version of the movie is that it lacks the extended prologue scene seen in the Japanese version. In that scene, audiences got to see how the legend of Latios and Latias begins, giving context to the conflict in the movie. It begins with the story of an elderly couple who find two orphaned children on the beach. During the destruction of the city, they turn into Latios and Latias, and are summoned to stop the destruction. 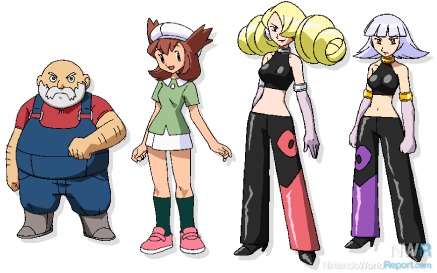 The new characters of Pokemon Heroes

The English version just cuts to Annie and Oakley planning their scheme. Another change made was that the film was presented on video in full-screen, while the Japanese version was in widescreen.

As the full title of the film states, this movie is all about Latios and Latias, legendary Pokemon from the Ruby, Sapphire and Emerald generation. Latios is Pokemon #381 and is a dual-type Dragon/Psychic legendary Pokémon. Latias is Pokemon #380 and it too is a dual-type Dragon/Psychic. In the movie, they can transform into any form. When we first met Latias, it is teasing Ash in the form of a young girl. Both Latios and Latias can project what they see onto the characters through psychic means, letting them know of incoming danger and the fate of the characters. They can also turn invisible and fly around the city.
Both Kabutops and Aerodactyl are fossil Pokemon introduced in the first generation of Pokemon games. Aerodactyl is #143 and is a Flying/Rock Pokemon. Kabutops is a Rock/Water Pokemon as is listed as Pokemon #141. It is the evolved form of Kabuto.
Annie uses an Espeon, one of Eevee’s many evolved forms. Espeon in particular is a Psychic-type Pokemon, number 196 in the Pokedex listing. Eevee can evolve into Espeon in Gold, Silver and Crystal when it is happy during the day, or if the player uses a Sun Shard on it. Oakley uses Ariados, a Bug/Poison-type Pokemon and number 168 in the Pokedex.

The animation in Pokemon Heroes may not be the best the series has to offer, but it is still a beautiful looking film. The use of CG is pretty obvious, but the city of Alto Mare looks stunning, especially during the opening race and near the end of the film. In terms of music, it is the first movie to feature songs from the Pokemon musical. The original production featured songs created during the first two series of the Pokemon anime. Pokemon Heroes is also the first movie to not feature a remixed version of that season’s theme song, “Believe in me”. 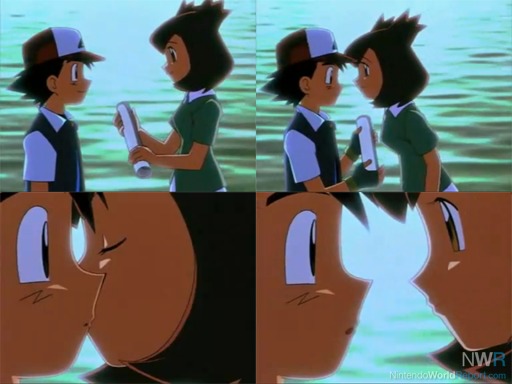 Finally, Pokemon Heroes also makes small references to previous movies. In the credits sequence we see Annie and Oakley reading a book. The book features an article about Lawrence III, a villain originally seen in the second Pokemon movie, “The Power of One”. Pokemon fans can also finds images of Mew, Mewtwo and Celebi scattered throughout the film as references to the previous films.

Overall, Pokemon Heroes is a solid way to end the Gold/Silver/Crystal generation of films and preps fans for the next series taking place during the Ruby/Sapphire/Emerald generation, which feature, in my honest opinion, some of the best stories in the entire Pokemon saga.

Pokémon: Jirachi Wish Maker Pokémon 4ever: Celebi-Voice of the Forest