Pokémon 4ever: Celebi-Voice of the Forest

The fourth movie in the series marks the beginning of many changes in the Pokemon film franchise.

By the time the fourth Pokémon movie, Pokémon 4ever, was released in the United States on October 11, 2002, the hype towards Nintendo’s digital creatures was beginning to die down. While the video games would continue to shatter records years after the release of the first games, and Pokémon has already cemented itself into the hearts and souls of a whole generation of children, it was no longer the crazy phenomenon that drove both kids and parents to madness back in 1998. Nowhere is this more noticeable than in how the localization and release of the fourth movie was handled.

4kids Entertainment was still the owner of the Pokémon license, and the TV series was still airing on Kids WB, but the film distribution was now being handled by Miramax Films, who at the time was owned by The Walt Disney Company and primarily known for releasing art house and independent films such as Good Will Hunting and Chasing Amy. 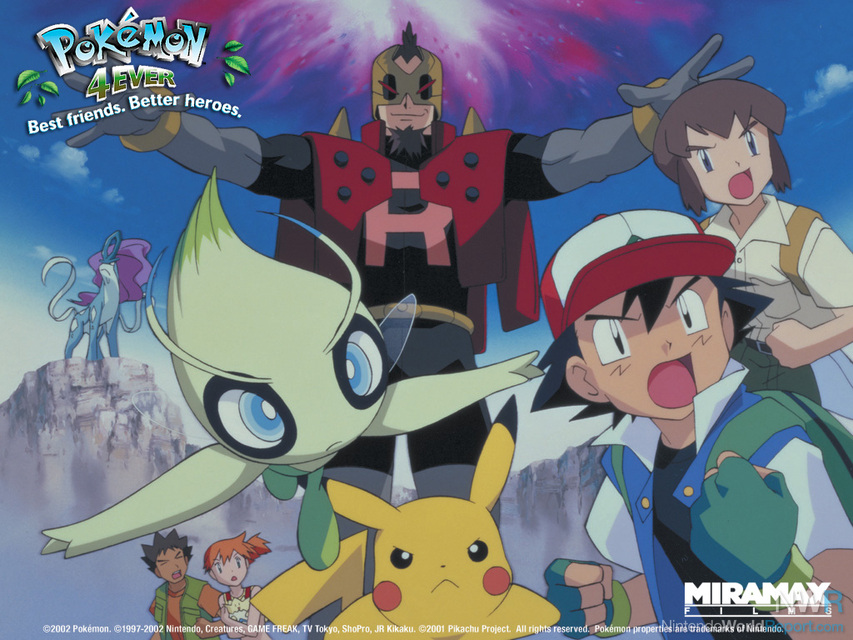 The cast of Pokemon looking determined against the face of evil

Compared to the previous three films, Pokémon 4ever was distributed in a limited manner, meaning that very few fans were able to see the movie. This caused the movie to have weak box office earnings, especially in comparison to the previous movies in the series.
Pokémon 4ever tells the story of Celebi, the guardian of the forest who is able to travel through time and hailed as a holy being. Celebi then meets Sam, a young Pokémon trainer. After being chased by a Pokémon hunter, both Celebi and the boy travel 40 years into the future where they meet Ash and friends. A new villain called the Iron Masked Marauder tries to capture Celebi in order to gain control of the forest. He does so by capturing Pokémon with a Dark Ball that turns them evil right away while increasing their strength.  In addition, Suicune, one of the legendary dog Pokémon from the Gold and Silver generation, appears in the movie as a guardian-like figure of the forest.

The previous Pokémon movies were known to have several dark elements that weren’t present in the television series, such as Pokémon abuse, the destruction of Earth’s natural resources and even death. Pokémon 4ever is known for having very dramatic scenes that involve some of these elements, but in an intensified manner. Despite the capturing and training of Pokémon being one of the core concepts of gameplay and story, in Pokémon 4ever, illegally capturing them and altering their minds is seen as a major crime against the ethics of Pokémon, an idea that wouldn’t be seen until the release of Pokémon Black and White on the DS. 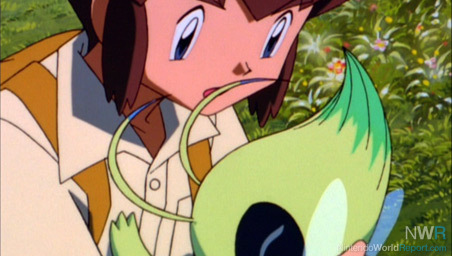 Life and death also plays a prominent role in the film’s story. Celebi is linked directly into the forest, with its home being the Lake of Life. After Celebi is freed from the mind control of the Iron Masked Marauder, it dies in Ash’s hands, to the point where the Lake of Life isn’t able to revive it. The idea of Pokémon death has been subtlety explored in the video games, as the case was in Pokémon Red, Blue, and Yellow with Lavender Town, but neither the TV series nor the previous films presented it in such a strong manner, making the film one of the darkest in this regard.

There is also a very famous twist regarding the character of Sam. In the Japanese version of the film, the twist was hidden in the ending credits, meaning that many fans missed it unless they previously read the synopsis of the film. When the film was localized, 4kids Entertainment asked the Japanese production team if they could add an additional scene that would wrap up Sam’s storyline. Despite the subtlety of the twist being gone, it added a satisfying conclusion to one of the film’s most memorable elements.

The movie takes place in the Johto League Champions season of the TV show, between the episodes “The Kecleon Caper” and “The Joy of Water Pokemon”. 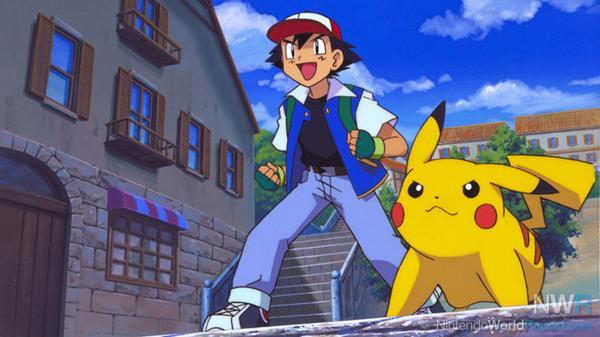 Ash and Pikachu, ready for battle!

As is obvious from the marketing material, the Pokémon star of the film is Celebi, Pokémon #251 in the Pokedex and a dual Psychic/Grass type. Celebi was Gold and Silver’s version of Mew, meaning that the character was extremely rare. At the time of Gold and Silver’s release, the only way one could catch it was through special events hosted by Nintendo where players could download the Pokémon onto their copies of the game. In Pokémon Crystal, the updated version of Gold and Silver, players could find Celebi through a service called the Pokémon Mobile System GB. This allowed players to connect their games to a mobile phone and participate in special Celebi events where they could summon it into battle and catch it. The system, however, was only available in Japan.

The second major Pokémon of the film is Suicune, #245 in the Pokedex and is one of the legendary beasts of the Gold and Silver generation, alongside Entei and Raikou. Much like with the legendary birds in Pokémon Red, Blue, and Yellow, the legendary beasts would roam the region, making their appearance very rare. Players had to track them down in order to capture them, and even then there was the chance they would run away. In Pokémon Crystal, Suicune was the mascot of that title, appearing in the game’s cover and featuring a storyline about its existence. Suicune is a Water-type Pokémon.

In the TV series, Suicune made its first animated appearance in the episode “Don’t Touch That ‘dile,” which was the first episode that took place in the Johto Region. In the movie, his role is that of a guardian, purifying the water in the Lake of Life and battling Dark Celebi in the film’s climax.

Pokémon Heroes: Latios and Latias Pokémon: The Movie 3 - Spell of the Unown - ENTEI