Rumor: Deadpool Coming to the Wii U

The Merc with a Mouth shows up on Amazon Canada. 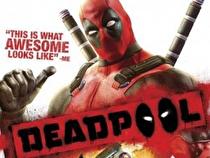 Amazon Canada has listed the upcoming Deadpool game on their website as a Wii U release. Officially, the game has only been announced for the PlayStation 3 and Xbox 360, but this listing might lead to a surprise announcement of a Wii U version.

Activision is currently offering pre-orders for Deadpool on the game’s official site for the other consoles with a release date slated for June 25. Interestingly, the Amazon Canada webpage lists the Wii U’s release as December 31, making a late announced Wii U release seem more likely, as this gives time to finish development for the console. The page offers no other information besides two videos, the ESRB mature rating, and a product number.

Deadpool is a third-person action game following the anti-hero’s mission to assassinate an evil media mogul while also investigating Mister Sinister’s latest plans. Other Marvel characters will appear in the story as well. Daniel Way, a former writer for the Deadpool comics, teamed up with developer High Moon Studios to write the story.