Get ready to catch them all this summer...again... 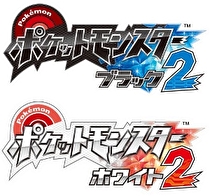 Rakuten, a popular online retailer in Japan, has listed June 23 as the release date for Pokémon Black and White Version 2 on the Nintendo DS. The Pokémon Company previously revealed that the upcoming sequel would indeed be hitting store shelves in Japan this June but did not specify the exact date.

There might be some credence to the June 23 release date for Pokémon, however, as many extremely popular titles in Japan see releases on Saturdays. For example, Monster Hunter 3 (tri) G for the Nintendo 3DS launched on Saturday, December 10, 2011, and the original Pokémon Black and White released on Saturday, September 18, 2010.

Pokémon Black and White Version 2 has been confirmed for a release in Australia and New Zealand sometime between September and November of this year.