Time to beg for the shop music to be ported to the Switch.

The Wii Shop will close in 2019 following over twelve years of service.

Nintendo has outlined the plans for the shop's closure today on their website. Wii Points will continue to be sold on the Wii and Wii U (in Wii mode) until March 26, 2018 and they can be used until January 30, 2019 at which... Read more...

Nintendo has a system with 20+1 games releasing this week. They also have the SNES Classic.

Remember last week when there were more retail games on the Switch than eShop exclusives in North America?

That's not true anymore. Your microSD card is not ready.

North America alone has EIGHTEEN games coming out this week on the Switch, meaning Pokkén is about to get scrolled off the front... Read more...

Searching for a traditional controller for your Switch? What if it had Mario and Zelda on it?

PowerA is bringing new Switch accessories out this fall, including the Wired Controller Plus and the Collectible Lunchbox Kit.

The Wired Controller Plus comes in two different styles: Mario and Zelda. Each controller comes with a removable 10-foot USB cable as well as six interchangeable analog... Read more...

We'll be getting a FORE in Intelligence this week.

Today has featured a release date, a sale and an update on a highly anticipated indie title.

After a listing on the European Switch eShops today started a rumor, Nintendo of America has confirmed via Twitter that Golf Story will meet its promised September release date. The golf RPG will launch this Thursday (September 28) for US$14.99 or equivalent.

Yes, you too can get your Bridecina on.

Lucina is getting married. But not really.

The pass was revealed today at the Tokyo Game Show, and the game's Japanese website gave the details on pricing and intended release dates for the region. There are three packs coming, each costing ¥1400 (roughly US$12.50 or €10.50) with the season pass being ¥3000.

The alchemic RPG series will mark its 20th anniversary on Switch.

For the first time in more than eight years, the Atelier series will have a North American release on a NIntendo console.

Atelier Lydie & Suelle: The Alchemists and the Mysterious Paintings was announced for localization today by Koei Tecmo. The Gust-developed title is the last game in the "Mysterious" series, which had previous entries on Sony platforms.

Ever wanted to have Mario run to the dulcet tones of Raining Blood by Slayer? You can.

A big patch will be hitting Super Mario Run next week, at least on iOS.

The patch is set for release on September 29 and will add a new game mode called Remix 10 which features portions of 10 levels. A World Star will also be added, along with the ability to play as Princess Daisy after rescuing her and use music apps while playing the game.

And an expanded Alola Pokédex.

A new trailer for Pokémon Ultra Sun and Ultra Moon has released showing some new and expanded elements.

After being rumored based on glimpses in merchandise and the Nintendo Direct, it has been confirmed that the Ultra version of the Alola Pokédex will have at least 400 Pokémon. This Pokédex... Read more...

That smartphone you're not using for voice chat on Switch can still come in handy.

The additional security comes as the Nintendo Account has recently added PayPal support for eShop purchases.

This week's power level is a little under 10,000, and I can definitely dig it.

No two ways about it: this week is nuts. Not only are there four physical Switch games (the 4th, Soldam, launches October 10 in stores but is out digitally now), we've got two of the biggest Nindie hits of the year in SteamWorld Dig 2 and Thimbleweed Park. Your wallet is not ready.

by Neal Ronaghan - 6:00 am PDT
Discuss in talkback!

Lovers in a Dangerous Spacetime, from developer Asteroid Base, is hitting the Nintendo Switch on October 3 for $14.99.

Originally released in 2015, this co-op-focused game puts you in control of a neon battleship that must be controlled together by up to four players as you shoot aliens and defend... Read more...

Despite original statements to the contrary, NBA 2K18 does not have Amiibo support.

The digital version of the basketball simulation launched today on the eShop without Amiibo support as was previously rumored. A statement at a pre-release event also claimed the support would be available.

The dates of the reporting period are important here.

The Switch keeps moving at a brisk clip according to this month's US physical sales survey from the NPD Group.

by Donald Theriault - 6:10 am PDT
Discuss in talkback! Source: Nintendo

Welcome to the end of the summer of TOO MANY GAMES. 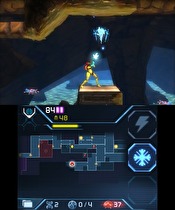 Last year, the September Nintendo Direct was on a day with some big releases and over 20+ games releasing on one day. It's a slightly smaller lineup this year, but probably more action packed.

This week features a couple of major retail games in Metroid: Samus Returns on 3DS, the game that the... Read more...

Start your petitions for no IP lock on PSO2... NOW!

Japan's Nintendo Direct featured several announcements for titles that do not have North American dates.

The most prominent title now coming to Switch is Phantasy Star Online 2: Clloud, the direct sequel to the former GameCube MMORPG. Infamously not offered outside of Japan, PSO2:C will be a free-to-start title for the Switch in Japan next year.

November 10 is going to be a busy day.

The champions of Hyrule will be storming the gates of the Amiibo aisles in November.

A brief announcement today confirmed the Amiibo for Daruk, Mipha, Revali, and Urbosa would release separately on November 10. The Amiibo will each give special headgear for Link that is based off their region's Divine Beast, among other functionality.

The ARMS 3.0 update is now live on the eShop.

This major update adds the new character Lola Pop, three new ARMS, and a new stage for the rotation. 3.0 also brings along full button remapping for both fixed and motion control modes.

“Splatoon 2 is one happening game.”

An update this Friday brings a rebalanced Kelp Dome to Splatoon 2, shown off in today’s Direct. The new Kelp Dome has more upper-level grates that can be dropped and shot through.

New stage Snapper Canal encompasses both sides of a river running under a train. Nintendo advised players to fight for the middle, then press into enemy territory.

Dragon Quest Builders Stacking Up On Switch Next Spring Switch

It's a big Direct for construction games.

Before Dragon Quest Builders II releases on Switch, the original will be available.

Square Enix has announced a Switch version of the story-focused reconstruction title will release worldwide, with the North American release coming next spring. The Switch version will feature exclusive items for the game's free building mode as well as the full story mode.