...yes, they literally only said "soon". Deal with it. 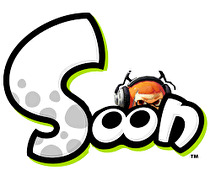 UPDATE 9:40pm ET May 16: The Pokemon Company has tweeted that maintenance for Home will begin at 8 p.m. ET / 5 p.m. Pacific tomorrow and will end at 2 a.m. ET Wednesday / 11 p.m. PT tomorrow, roughly. Following the maintenance, version 2 of Home will be available for both Switch and mobile. A note from the Pokemon Company in the mobile version advises that in order to reduce server strain, the app may be offline until Wednesday at 9 p.m. ET / 6 p.m. PT. Original story follows.

Although no specific time has been given, the Pokemon Company has indicated that the update necessary for transferring Brilliant Diamond, Shining Pearl, and Legends Arceus Pokemon to Pokemon Home is coming soon.

The version 2 update will include support for Regional Pokedexes, allowing for Pokemon in Home to be added even if they haven't been transferred in from a new game yet. An expanded achievement system will be offered, including stickers for completing tasks.