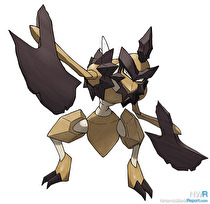 Although it does not explain how a video recording device ended up several centuries in the past, the new footage removed all the artifacting and static of the initial video. The mysterious Pokemon discussed in the trailer also appears to have been a Hisuian version of Zorua, and a Hisuian version of Zoroak also appears to have knocked the cameraperson out.