Long Shutter Speed - Over 20 years of photo modes in games.

Snap invented the genre, but can its sequel redefine it for the next generation?

Earlier this week we posted an overview of how Pokémon Snap was created with “Know Your Developers: Pokémon Snap Series”. The Snap series clearly started out as a creative experiment from the team at HAL laboratory where they aimed to create a photography game. Initially, according to the Ask Iwata book, the project lacked a motivation for players to take photos, until Iwata suggested that the subjects in question should be Pokémon. Now I don’t want to retread Neal’s video above, though you should definitely check it out if you haven’t already, but where he focused on how the team came together and created the original Snap, I’d like to take a broader look at how photography in games has evolved over time.

Arguably, Pokémon Snap did introduce the masses to what a photo mode could be in a game, despite being very minimalistic. Since the game was already a photography-focused title, it made sense that you could view your shots again in the gallery. This even allowed you to print the photos using a Pokémon Snap Station where you would enter your cartridge into the Station (at least in North America, Japan and Australia; Europe wasn’t so lucky). This idea of printing and sharing photos is nowadays so common we don’t stop and think about how novel the idea of communicating in images is. Every day, we see thousands of images and visuals everywhere, but back in 1999 having an actual printout from a photo you took in a video game was revolutionary. The only way you’d probably see or share screenshots at that time was through print magazines, basic online websites, and commercials. Giving that creativity and power to players does more than just adding a fun side-mode; it creates a community. 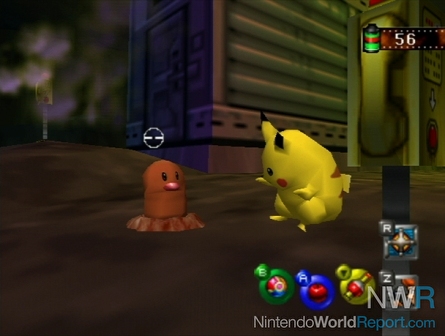 Case in point, in titles like Halo 3, a user-generated content option called the Theatre made it possible for players to share their favorite moments from clips and matches that you could access at any time. By using these systems, developer Bungie managed to create a true community around their games, where sharing photos was part of the online experience. User-generated content breeds both creativity and promotion, even though only a small percentage of players will end up using these tools. I’ve always found these systems to be fascinating because most of them allow you to detach the camera from its fixed positions, giving you the ability to freely observe the stunning details that developers have created in their games. 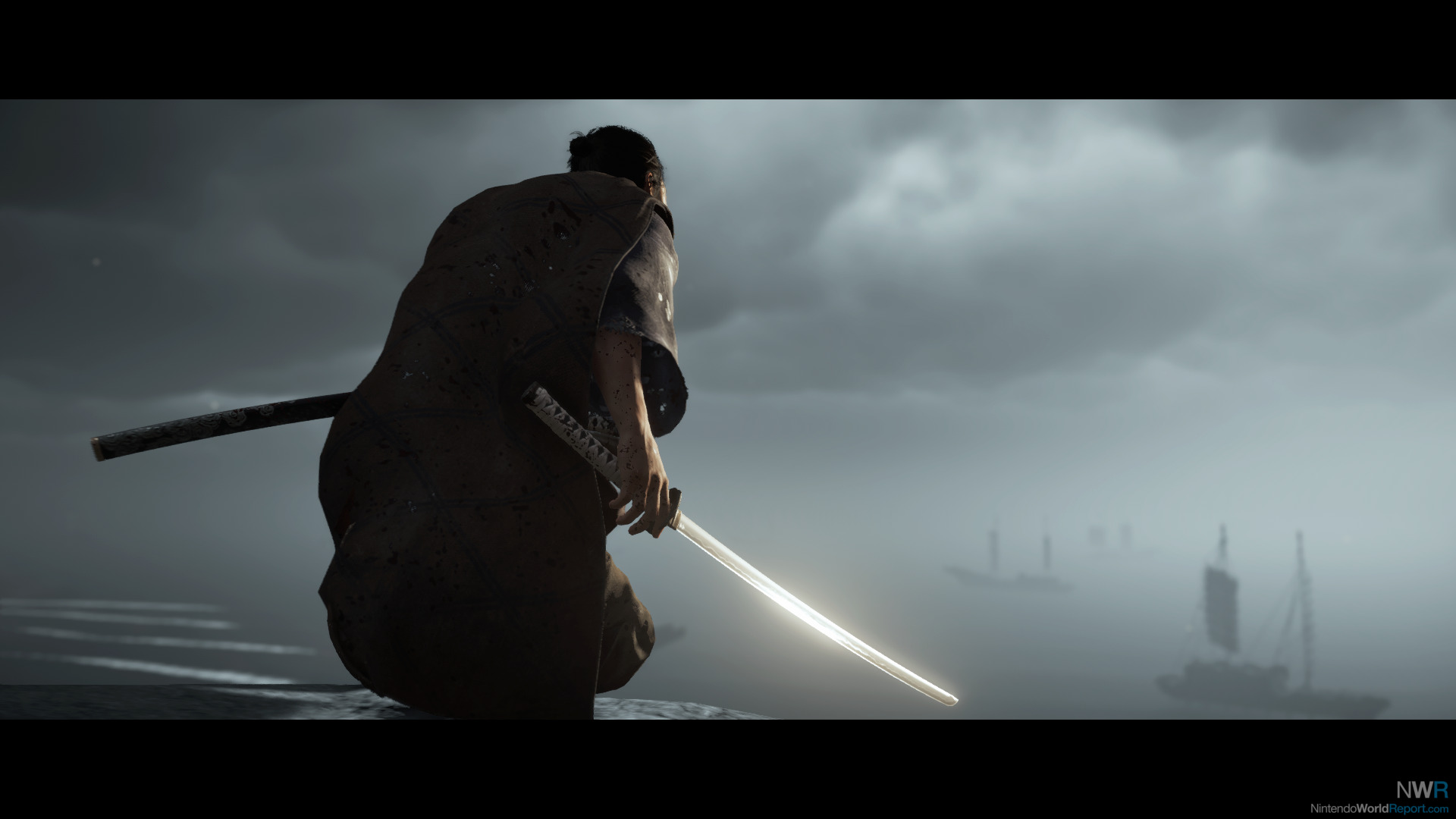 One company that is supporting this growing fandom is Sony Worldwide Studios and nearly every single one of the first-party PlayStation developers. Titles like Horizon: Zero Dawn, Spider-Man, Days Gone, and God of War have stunning photo modes that allow you to not only change the position of the camera, the angle of the shot and the exposure but even give you tools to change the world in front of your eyes. These photo modes are astonishing, letting you set the time of day, determine the weather effects, and pose or express characters in specific ways. I’ve spent an absurd amount of time in these games just playing around with the photo mode and enjoying the gorgeous sights of the fantastical worlds on screen. The cream of the crop is without a doubt 2019’s Ghost of Tsushima, where it’s possible to keep the natural world in motion by controlling the angle and force of the wind itself. You can even create a short movie by stringing together multiple shots like a slow-motion scene from a Zack Snyder film. It’s truly the best photo mode I’ve ever seen put to screen. 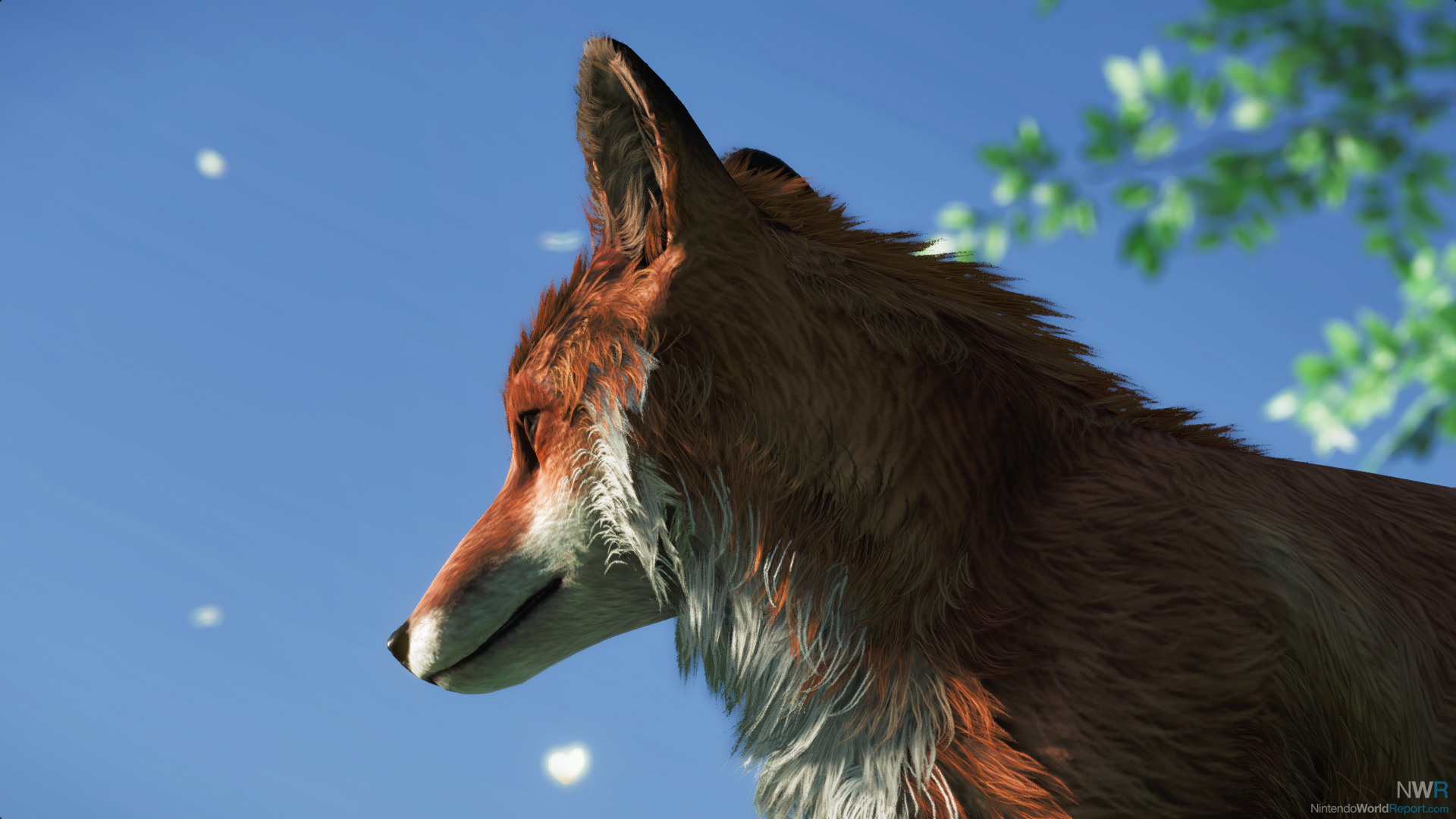 And you don’t need to be a triple-A video game to have a proper photo mode. More and more indie titles also come with a photo mode that gives you space to explore the world at your own pace. I cannot tell you how incredibly excited I am for Umurangi Generation, which launches later this year on the Nintendo Switch. It is a full-on photography game where the goals allow you to tackle any photo request with an enormous amount of creativity, while also telling a very heavy-themed story. Even smaller titles like A Hat in Time, Blue Fire, and Hellblade give you full control over the camera in photo mode to explore to your heart's content. 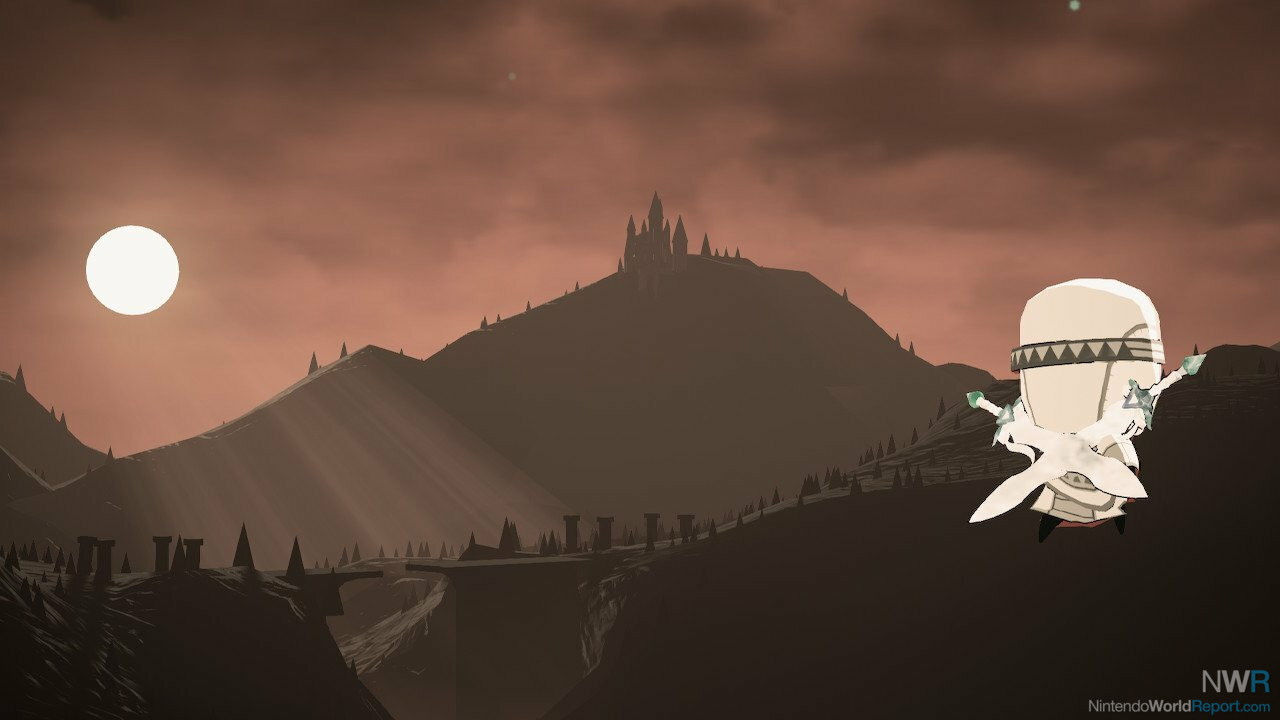 That unfortunately brings me to Nintendo’s output of photo modes. Now to be fair, it’s been getting a little bit better. The one in Super Mario 3D World + Bowser’s Fury is pretty decent, giving you access to a variety of options like filters, stickers and also full rotation and position for the characters. It’s a slightly more elaborate photo mode than what was included in Super Mario Odyssey, but it does the job pretty well. 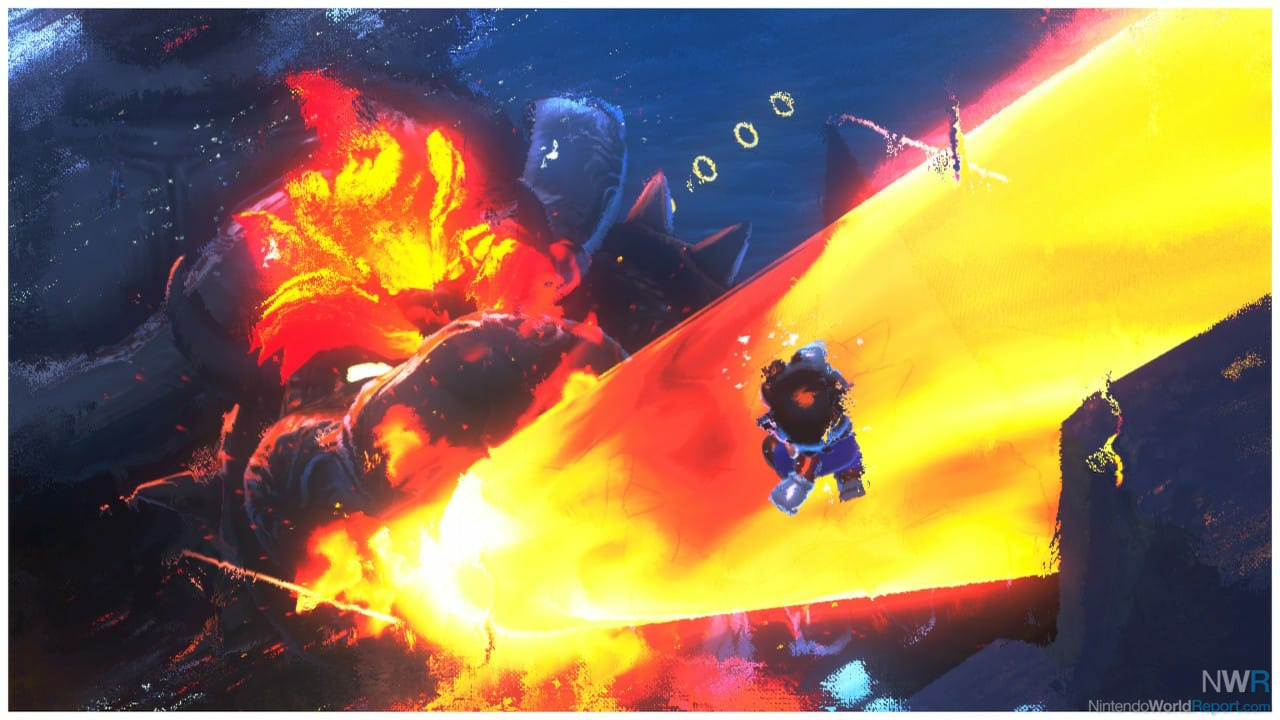 The Legend of Zelda: Breath of the Wild is on the opposite side of this spectrum. The Sheikah Slate is a terrible camera, only allowing you to take photos as viewed from a device; instead of giving players a full range of options, you can only statically zoom in and out and take a landscape or a regular shot. All the while the view is framed through an ugly border that is the Sheikah Slate itself. It’s honestly a blemish on a world that begs to be shot in a variety of ways. Imagine the community that could form around wildlife photography in Breath of the Wild, especially with how well the NPCs and enemies interact with one another. This may be one of the things I’m desperately hoping will be fixed in the sequel. Animal Crossing: New Horizons is fine, but unfortunately here you are also stuck on the same perspective as you are while playing the game itself. Sure it gives a slightly new viewing angle to play around with, but honestly it leaves much to be desired. Astral Chain apparently has an incredible photo mode that is even tied to quests and uses options like aperture and different lenses; you can even give the camera to your Legion to have it take photos of you. I haven’t played the game myself much, but reading this while doing research for this article almost makes me want to go back and check it out again. 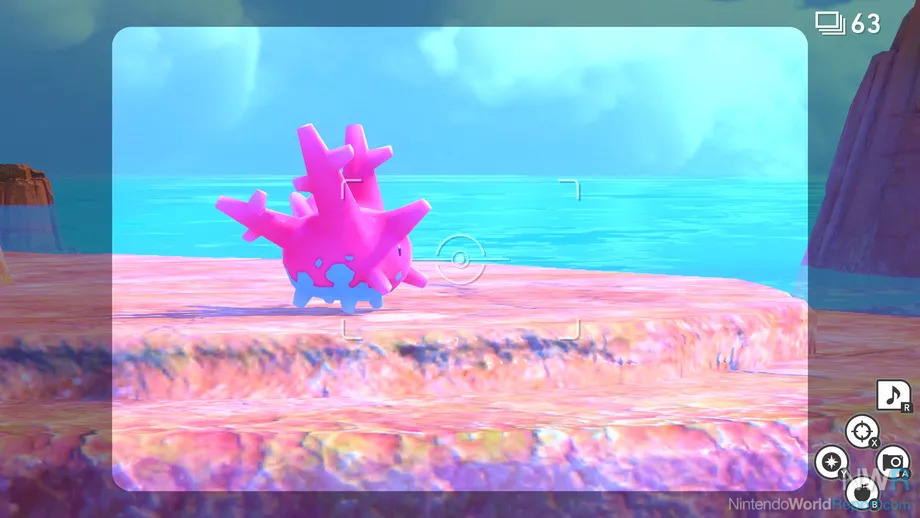 So what do I want out of New Pokémon Snap? Well the problem here is that Pokémon Snap started the photography game genre back in 1999. It may have helped people get into photography as a hobby or career, let alone video game photography. The world of Pokémon is begging to be explored with a camera, especially because of the fantastical nature of all the creatures that interact with one another. The Pokémon Company has revealed that New Pokémon Snap will have a so-called “re-snap feature” that seems to hint at a more modern take on the photo mode. We don’t know yet what the full capabilities of this function are, but I’m secretly hoping that it will allow us to fully detach the camera and get up close and personal with the Pokémon. Having the options to adjust contrast, brightness, exposure, blur and depth of field are minimum requirements for a proper photo mode. New Pokémon Snap is the perfect candidate to show how far photo modes have come. I understand that this should be a separate mode from the main game, after all it would kind of break the game if I could make the perfect shot every time right on the spot. But using the re-snap mode as a basis, it can allow for people to really get more attached to their favorite creatures. There’s a zen-like quality to photography, especially for me when I’m playing a video game and already familiar with the world presented to me, applying functions and details wherever I go to truly create the perfect shot. Over the last 20 years, the photo mode has seen an incredible development, while still somehow remaining a very specific niche. My hope is that New Pokémon Snap provides players and fans with the tools to take this further. Like Iwata said back when they were developing the original Pokémon Snap: “I think it’s Pokémon, that is what people really want to photograph.” Frankly, I couldn’t agree more. 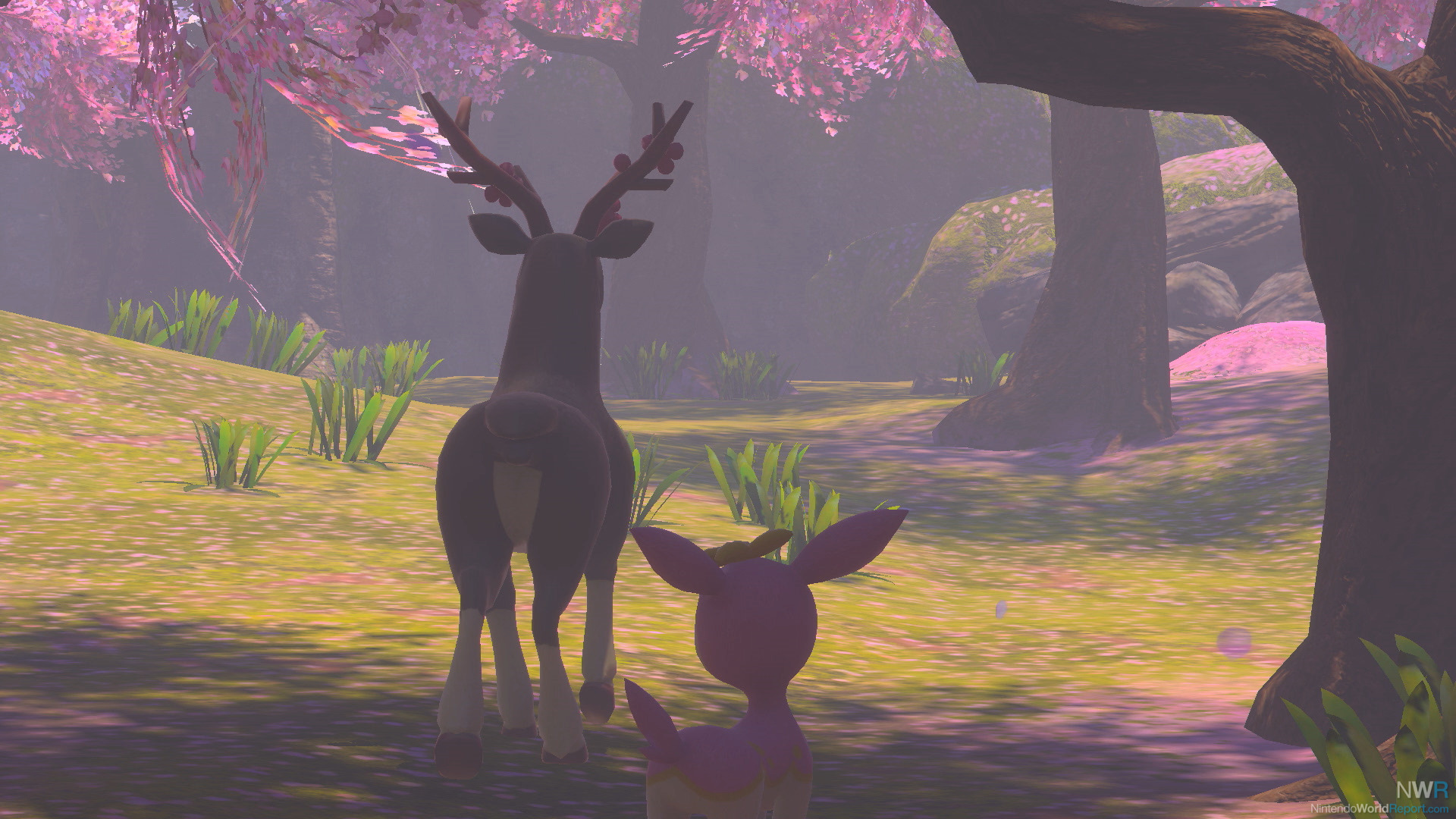