The next Nintendo Direct will air on April 1st at 6pm ET/3pm PT for North America, midnight on April 2 in Europe, and 7am in Japan. Wii U and 3DS games are both slated to be discussed, and a Treehouse Live will air immediately following the Direct.

Keep it tuned to NWR for all of the breakdown of the Direct announcements.

The return of a lost DS classic headlines the weekend's Nintendo news, as well as a look ahead to the coming week.

An enhanced version of 2011's Monster Tale will be coming to the 3DS eShop this spring.

As first revealed by our own Neal Ronaghan in the most recent issue of Nintendo Force magazine (volume 14), the remake will feature stereoscopic 3D, changes to... Read more...

Before Zelda Wii U got the tea table treatment, there was actual news. We swear.

A new Iwata Asks headlines the last Newsletter of the working week.

According to Nintendo, the original release of Xenoblade sold better in Western territories than in Japan.

The producer mentions the original 2015 release date may not happen.

While not directly saying it was delayed, The Legend of Zelda producer Eiji Aonuma announced today that the release date for the next title in the series will more than likely not meet its 2015 release date.

In the video posted to Facebook, Aonuma talks about how in the last three months, they... Read more...

In a post-"Rayman in Smash" world, even the greatest things have to be suspect

A grand fake and a couple of indie release dates are the big news in today’s installment of the Nintendo newsletter. Updated March 27: Information on the faker has been revealed

Our pre-emptive condolences to anyone going for them.

GameStop found a few extra systems in the back, while the FCC is teasing everyone in today's Nintendo news.

According to a message posted on an internal GameStop website, all GameStop stores will receive four Majora’s Mask New 3DS XL models for sale tomorrow, in addition to a window of availability on gamestop.com.

A squid invasion lands in late May, while late June is surprisingly woolly.

If a (now removed) release list on Nintendo of Europe’s website is correct, then Splatoon is coming to Europe on May 29 and Yoshi’s Woolly World is launching on June 26.

Splatoon was previously confirmed to launch in May. The May 29 date is almost the exact same day as when Mario Kart 8 launched... Read more...

Dreams of Game of Thrones for families get shattered in today’s Nintendo Newsletter.

In a busy day for Nintendo news, Time continues to reveal secrets while Europe may have a wizard involved.

In another part of a long reaching interview with Time, Nintendo CEO Satoru Iwata let slip that the New 3DS redesign was nearly sunk after Shigeru Miyamoto saw a demonstration of what became “super-stable 3D” about a week before manufacturing.

The new online mode Splat Zones will require you to “git gud”.

Details have emerged from a press event last week for Splatoon, including a new game mode that will require skill from the entire playerbase, as well as the unfortunate omission of voice chat.

Smash Brothers director Masahiro Sakurai has confirmed that the Mewtwo DLC is just about complete.

Sakurai made the statement during a live video event on NicoNico with game composer Kenji Ito and Japanese voice actor Tomokazu Sugita, the Japanese voice of Chrom from Fire Emblem Awakening. In... Read more...

Another giant in the toy industry wants to bring their toys to life through video games! 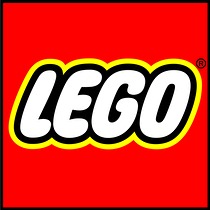 An article on VideoGamer seems to indicate that a Lego "toys to life" game is being developed for release later this year.

The rumored title currently is "Lego Dimensions", and will be developed by Traveller's Tales. It's set to rival Skylanders, the Disney Infinity line as well as Amiibo.

The long term relationship between Konami and Hideo Kojima seems to be at an impasse.

A inside source allegedly connected to Konami has said that power struggles between Metal Gear producer Hideo Kojima and the publisher will lead to Kojima's exit from the company next year after work on Metal Gear Solid V: The Phantom Pain.

Who rocks the party that rocks the body? This week’s Nintendo downloads do!

Most of the attention this week will be inevitably focused on Mario Party 10 and Fossil Fighters Frontier, the two big retail games to hit the eShop at midnight ET Friday morning. However, Wii U owners should probably cast their gaze over to the RPG platforming of Elliot Quest, while 3DS owners can catch up on some of Renegade Kid’s finest.

A one-time purchase at a lower price gets you on board.

As confirmed by a Nintendo of America press release, the Puzzle and Dragons Dual Pack will release on May 22 at a price of $29.99 (US), both at retail and digitally.

The two full featured puzzle games will come in at the lower price point, and there will be no DLC or any other microtransactions... Read more...

Iwata and Miyamoto: More Focused On Players Than Profit In Mobile Switch

Microtransactions will be a monetization option, but not the only option

Nintendo President Satoru Iwata has confirmed that although microtransactions will be considered on a case-by case basis for Nintendo's mobile games, they will not appear in all games in an effort to protect the brands.

Speaking about their plans for the mobile space with Time, Iwata explained... Read more...

We don't know what it is or when it's coming out, but we guess the early bird catches the worm!

Today in Nintendo news, a particular Aussie retailer is getting a bit ahead of themselves, and the Virtual Console in North America adds a relative rarity.

Even though all we know about the system is the codename, EB Games Australia is already taking preorders for the system codenamed NX that Nintendo announced yesterday.

Nintendo is currently developing a new dedicated gaming platform tentatively called the NX. Satoru Iwata revealed the existence of the new hardware at a recent investor meeting that announced a business and capital alliance between Nintendo and mobile/e-commerce company DeNA. While few details about... Read more...

The end of the second encore leads the day in Nintendo news. 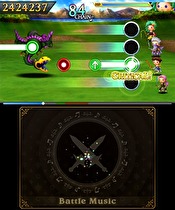 Square Enix confirmed the end of the "Second Performance" of downloadable tracks for Theatrhythm Final Fantasy Curtain Call today, announcing eight new songs for release on Thursday. The tracks are:

The Banjo-Kazooie team returns with a project that aims for the Wii U.

Playtonic Games held a livestream today at Eurogamer's Rezzed Expo (EGX Rezzed) to announce the development of Project Ukulele, the oft-rumored 3D platformer developed by veterans of the Banjo-Kazooie games and Donkey Kong 64.

The 3D platformer runs on Unity and will have collectable elements,... Read more...