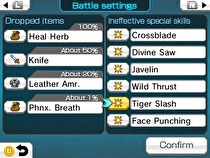 As we head into the beer-a-palooza that is the Canada Day / July 4 double shot, it's a light week for download releases given that we're at the end of the quarter. Tuesday saw the North American release of RPG Maker FES, which Matt reviewed and found to be tricky, but servicable. The other big release... Read more...

The second of three Kirby 3DS games this year will blast into the 3DS eShop next week.

Kirby's Blowout Blast, an expanded version of a minigame found in last year's Kirby Planet Robobot, will launch in North America on July 6 according to an announcement from Nintendo of America's Twitter account.

It'll be the answer to a trivia question, probably.

A bit of history was made today with the first Switch game to have an eShop sale.

Snake Pass is currently on sale for 40% off in the European eShop, and will be reduced in North America starting at 10 a.m. Pacific time (1 p.m. Eastern). The US price for the game would be $11.99.

The sale, intended to promote an upcoming patch for the title, will run until July 4.

Five substitutions for the 21 game lineup. 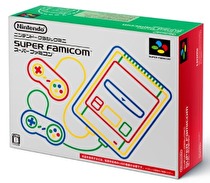 Japan isn't being left in the dark on classic consoles this fall, though there is a slight delay.

Nintendo has announced a Super Famicom Mini will be available starting on October 5, for ¥7980. The unit will also come with two controllers, a USB cable and a HDMI cable, but the AC adapter will be sold separately for ¥1000.

Among other Super FX games. 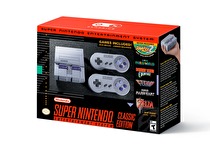 This fall, we'll be playing with Super power again.

Nintendo of America has announced a Super NES Classic Mini for release on September 29. The box will retail for US$79.99/C$99.99, and will come with two Super Nintendo classic controllers, a USB AC adapter and an HDMI cord. In addition, 21 games will be in the box:

To say a game is slightly reminiscent this week is to call E3 a little annoying.

The big release this week on a worldwide basis is the long-awaited Ever Oasis, which drops Friday. Casey will have a review up shortly, but it's a very chill experience based on the demo and is certainly worth looking into. But if you don't trust me on that, Neal's preview should help in that regard.

Shortages were a big problem in May.

The Switch continues to be a hot property and constrained by hardware shortages, according to the May US sales results released by the NPD Group today.

Although the PlayStation 4 reclaimed top spot in hardware sales in May, the increase in hardware year over year is tied to the Switch. According to NPD analyst Mat Piscatella, the Switch is "the primary catalyst for hardware spending gains, as it has since launching in March 2017".

A software update for the Switch has resolved a long-standing issue with the Switch and added a couple of new features.

The 3.0 system software, which is available for download now, adds the ability to pull friends from the Wii U and 3DS friends lists, and enables support for USB keyboards in docked mode. The Pro Controller can also be used as a wired USB controller, though the NFC reader will be disabled in this mode.

by Justin Berube - 9:56 am PDT
Discuss in talkback! Source: Niantic

An update to the existing Pokémon Go Gym system will be slowly rolling out around the world over the next few weeks. In order to prepare for the update Pokémon currently in Gyms will return to their owners. The Gym update will consist of multiple changes.

Gyms will soon also function as PokéStops. Similar to existing PokéStops, players can spin the Photo Disc to get items. 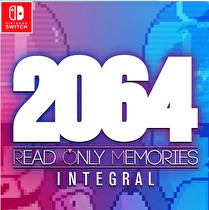 A beloved PlayStation 4 adventure game will release on the Switch next year.

2064: Read Only Memories was announced for a Switch release a short time ago by the game's official Twitter account. The M-rated adventure is set in the city of Neo San Francisco in the year 2064, and involves using hyper-sentient AI to attempt to solve a kidnapping.

A new challenger has entered the stadium!

ARMS's 11th playable fighter will be entering the ring shortly.

The new character will be named Max Brass, who is a champion whose arms are made out of title belts. Brass can charge his entire upper body, in order to both do additional damage with punches and to prevent flinching in a matter similar... Read more...

Nintendo is finally bringing back some sweet 2D Metroid action

Treehouse was accompanied by producer Yoshio Sakamoto, who gave us a big insight into the production of Metroid Samus Returns.... Read more...

The NOA President also talked about Virtual Console, why they revealed Metroid Prime 4, and compared Zelda and Mario Kart 8 in digital sales. 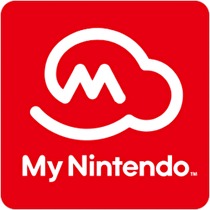 The stylish 4-player action game is targetting an early 2018 release.

Unruly Heroes is coming to the Switch and is currently targeting an early 2018 release. The game is shaping up to be a side-scrolling action game, and is inspired by the famous Chinese legend, "A journey to the west," better known as the Monkey King legend.

Super Mario Odyssey won't just have to be a solo adventure.

During a demo for the game today, a local co-op option was shown using two Joy-Cons. The second player controls Cappy, who can attack independently of Mario and also provide a platform for extremely long jumps.

Other control methods for the co-op were not discussed.

Just a short time from now.

Miitopia or Brain Training aren't the only demos of the week after all.

During the second Treehouse Live segment of the day, a demo was announced for Ever Oasis. The demo will be live as of approximately 3 p.m. Eastern time / noon Pacific time.

by Donald Theriault - 6:05 am PDT
Discuss in talkback! Source: Nintendo

We have an effective shadow drop on Friday.

On this, the final day (ever?) of E3, there are still some digital things coming out on the eShops. In fact, Nintendo is wasting no time getting back on the big release train with ARMS releasing tomorrow. Switch owners have had a couple of opportunities to check the game out in the last few weeks, so be ready to punch the night away tomorrow night.

Did you know we do giveaways on our Patreon page every month? No purchase necessary! 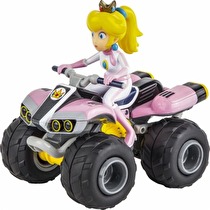 Nintendo World Report has a history reaching back more than 18 years, and that history was built every step of the way in partnership with its fans, readers, and supporters. We wouldn't be here, passionately providing Nintendo news, reviews, and content, (Like our current E3 2017 coverage) without you guys!

Sushi Striker: The Way Of Sushido Announced For 3DS 3DS

Developed by IndiesZero, the game is an action puzzle title in which players fight a warring kingdom for the rights to all of the world's sushi. The game is "in development", and the demo is still... Read more...

Just what do the new Mario Odyssey Amiibo do?

The video features Kenta Motokura, Super Mario Odyssey's game director, talking about various aspects of the game, including the story and the new "capturing" mechanic that allows Mario to take control over enemies and other characters.