It won't be long before you can shoot your own 3D video content! 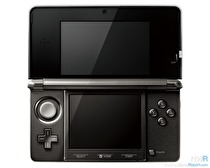 Nintendo of Europe announced today during an event in Munich that they release details regarding the release of the the highly anticipated Nintendo 3DS update around November 4.

A new StreetPass game, previously teased during September's Nintendo 3DS Conference 2011, will be included in the update, though details surrounding this game are unknown.

The update will also include 3D video recording, improvements to the StreetPass Mii Plaza and Nintendo eShop.

thanks, i was getting a little jealous there.

I really doubt this update is coming on different dates to different regions. Remember, remember, the FORTH of November, THE DAY BEFORE The gunpowder treason and plot. I know of no reason why the gunpowder treason should ever be forgot, but first we must know of when Nintendo updated the 3ds firmware and peoples were joyful of new features for the device they bought.

Good work on the scoop! EDGE picked up this report and linked back to y'all. Well done. I hope the improvements made to the Mii Plaza allows me to do something with all those StreetPass pals I've made...