How to Improve NES Remix 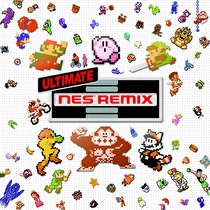 But to start on a positive note, let’s be clear: the gameplay (which you can read more about in our reviews of NES Remix and NES Remix 2) is addicting and satisfying in ways that only WarioWare can usually touch. I put 17 hours into the original Wii U NES Remix getting three stars on every level, 10 hours doing the same in NES Remix 2, and another 10 doing it in this compilation. While the remixes are creative and have a fun sense of humor, it is the entire package that makes it a successful, endearing love letter to NES classics. I like this series a lot, and I hope Indieszero gives it a bright future with SNES Remix, Game Boy Remix, and more. 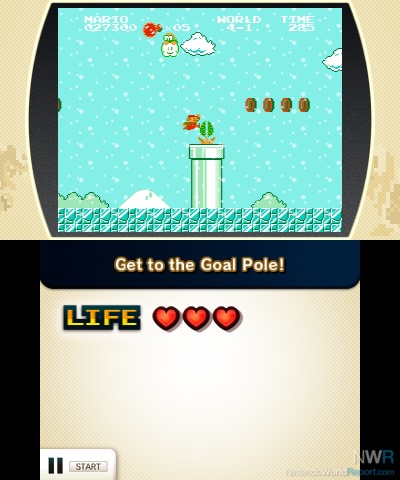 I also hope that future Nintendo Remix games fix some of the issues this game has. Primarily, the non-remix challenges are often less-than-creative ROM hacks that task you with doing things not fun (NES Remix 2 has the particularly pathetic “watch the intro cutscene” challenges) or not necessary (do we really need eight challenges of killing Koopas as an invincible Mario?). They also tend to feel very unbalanced. The original Super Mario Bros. has over 20 challenges devoted to doing things millions of Nintendo fans have already done before, but Punch-Out!! has seven challenges that fail to adequately cover even a third of the experience.

What’s worse is that these individual less-inspired game challenges pale in comparison to the actual 76-or-so remixes in the game, and often come across as filler content to pad out a package that wouldn’t have enough to do otherwise. The remixes are great on their own. A Super Mario Bros. ice level, Donkey Kong as Link, a bizarre take on Zero Suit Samus, and more make these the highlight of the game. It successfully offers creative, fun, and humorous bite-sized takes on classic games, but there aren’t enough of them. They also don’t get nearly as crazy as they could be or should be. 20-25% of the remixes consist of challenges based on a single game, and involve things like changing the lighting or messing with the camera (Excitebike in the dark, Mario in the dark, Mario Bros. with the camera pulled out, etc.). The actual crazy cool remixes like playing Mario as Samus or Kirby as Toad? There are maybe 15 challenges total like that and many of them are confined to simple one-screen tasks like “defeat three enemies” or “collect these 20 coins”. 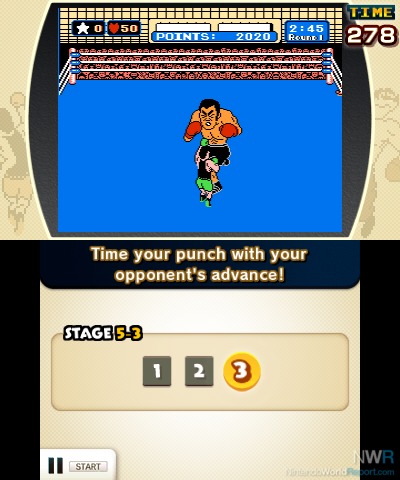 As a fan of the series, it was harder to care about these issues before because I always assumed they were mainly the result of including lesser NES games, but now that we’re looking at a best-of compilation, it’s clear that some of these problems affect the game at its very core. You realize that these games are actually about 60% fluff and 40% fun that aren’t even reaching their true potential.

The question remains: how can the series be better? The answer is to give it a better structure and put a larger focus on creativity in the game's remixes. Here’s how I would do it: 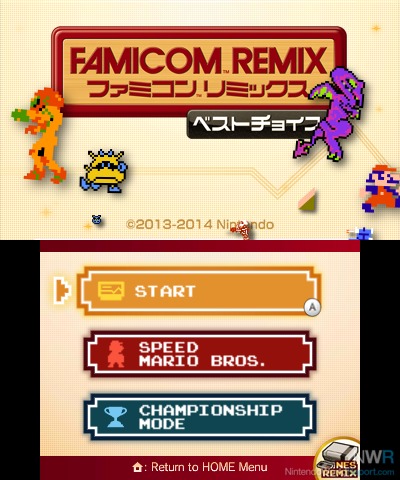 Ultimate NES Remix has other great ideas I would carry over to this hypothetical game. Famicom Remix is a special mode that unlocks upon beating the game, allowing you to play the same challenges you just beat from the Japanese versions of NES games. Differences are often very minor and rarely involve gameplay, but it’s a cool twist. I also love the collection’s online leaderboards of who finished challenges the quickest, which offer rankings among friends and region as well as video replays of the current record holder. The replays are an especially exceptional feature, as it was fun to see people take a 90 second boss rush and clear it using exploits in 8.5.

Despite my criticisms, I still like the NES Remix experience a lot – especially as someone who has cracked nearly 40 hours between all three games. However, it’s because I like the crazy addicting nature of NES Remix that I want it to be a better game that fully realizes the promise the title makes. It should show reverence to Nintendo classics and then immediately destroy that reverence by making you play Donkey Kong as Donkey Kong to take Pauline from Mario at the top of the level. If Indieszero can manage to turn up the crazy and turn down the fluff just a tad, I think we’ll have a real winner on our hands.

Are you playing Ultimate NES Remix? What do you think of the series? How would you improve it? Sound off below.

I disagree with a lot in this article, but the thing I whole heartedly agree with is getting a free virtual console game if you get 3 rainbow stars on everything. I coulndn't get myself to master NES Remix by going back to get the rainbow stars because there was no point to it, but if it gave me a free VC game for 100% this game I'd be all over it.
Come to think about it...Nintendo should do that with all their first party games. Everyone complains that they don't have an achievement system, people would stop complaining if they got a free VC game everytime they 100%ed a game! I'd actually have a reason to go back and 100% Mario 3D World (which I haven't touched in quite awhile)

Nintendo needs to do their own Super Mario Crossover (or just buy the code...). If some guy making a flash game can do something that good there's no reason Nintendo shouldn't be able to.

I like the idea of this game.  It was great mix game.


And I agree that Nintendo should make that game.  There are several Nintendo games alone that could be given the Crossover treatment...and it could be a complete series of games.


I dunno if I would design the game the same way the original programmer did.  It works, but I would rather try to change it up more.

I agree with most of this, but the thing about the NES Remix games is that they are intended more as an introduction to these games rather than as a nostalgia trip for old fans. So that's why a lot of the challenges are just isolated gameplay elements of the various games, to show new players what those games are all about. And that's probably the main explanation as to why it isn't as satisfying as it could be for us old-school fans.