Well, I *am* the leading man after all.

Look, I get you're pumped for FFXII Zodiac this week, but I... kind of made some bad choices about twelve years ago that mean you're telling them to ignore *me*.

My bad. Picking anything else up this week?

Among the items in the presentation (slides available here (PDF link):

After weeks of stock-boosting rumors, Nintendo has confirmed their intent to enter the Chinese market in full.

A one sentence statement was posted to their investor relations webpage, which reads: "Nintendo Co., Ltd. is announcing that a collaboration is in progress with Tencent Holdings Limited (HQ: Shenzhen, China; Chairman of the Board and CEO: Ma Huateng) to release the Nintendo Switch video game system in China."

Project Nimbus: Complete Edition Coming to the West on May 16

Now the rest of us can blow up robots in space with a giant sword.

It won’t be long until North America and Europe will be able to enjoy classic Japanese anime mech-combat on the Switch with the upcoming release of Project Nimbus: Complete Edition. The game that features three factions fighting for the fate of a future Earth using giant robot suits will include the original story plus new modes not previously made available outside of Japan.

Blacksad: Under The Skin Bursting Out September 26 Switch

And it has a limited edition, if you're into that sort of thing.

The tail end of September will see a hard boiled detective story hit the Switch via Microids.

Blacksad: Under the Skin, an adventure game based on a comic of the same name, will release on Switch September 26. Set in 1950s New York City, players will take the role of detective John Blacksad and will have freedom to solve the city's mysteries in their own way.

A Persona 5 RPG is coming to Switch, but from a wholly unexpected source.

Atlus has revealed Persona 5 Scramble: The Phantom Strikers at a Persona concert in Tokyo. No release window or time of more information was given, but the game is developed in collaboration with Koei Tecmo's Omega Force studio and is a musou.

All monetary figures reported in yen, with comparisons to the US dollar based on a market rate of $1 = ¥111.812 provided for comparison only.

If you're in the US or Japan and have an Android device, holla.

Nintendo is now taking applications for a mobile beta.

Mario Kart Tour has opened up applications for a closed beta test on the game's website, with signups open until 10:59 p.m. Eastern time on May 7. The beta itself is scheduled to be active from May 22 - June 4.

Participants must be in the United States or Japan, and have an Android device. "Certain devices" will not be supported.

Some of this has a cost.

Ubisoft have revealed the details for this month's Starlink: Battle for Atlas including the date and - for Switch owners only - the cost.

All of the new content will be available April 30. The "Crimson Moon" update will add a racing mode, the "Crimson Coliseum" combat arena, new outlaws to round up, and new cosmetics. This update will be free.

BioWare, Sucker Punch Veterans Team Up For Hindsight 20/20 In 2020 Switch

There will be plenty of time for reflection next year, and some of it will happen on Switch.

Triple-I Games, a partnership of former BioWare, ArenaNet, Amazon, and Sucker Punch developers, have announced an action/adventure game called Hindsight 20/20 for release in the first half of 2020. Set in the pacifistic town of Champaner, players will have to ward off invasion either with a stun baton or a killer blade.

Commence your plans for how to use the 3D World pipes now. 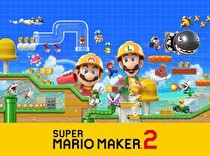 Super Mario Maker 2's June release will sneak in just under the wire.

A Nintendo of America tweet has confirmed the game for a June 28 release in North America. No word has been given for other territories as of yet.

by Donald Theriault - 6:00 am EDT
Discuss in talkback! Source: Nintendo

I wanted to use this part to crow about slaying a dragon, but the Leafs blew it (as usual, sorry David).

Blame multiple failed attempts at dragon slaying. Speaking of, Dragon's Dogma: Dark Arisen is one of the week's headliners, and I reviewed that already. There's also SteamWorld Quest (of which Jordan has a review), the ridiculously large Mortal Kombat 11, Boxboy X Boxgirl... it's a huge week.

The rights for this one ought to be a blast.

The crossover of farming and anime cats was stunning enough when it was announced in February, but now it's being localized.

Bandai Namco will be publishing Doraemon Story of Seasons on Switch this fall. The Marvelous/Bandai Namco collaboration was originally announced in the Japanese version of February's Nintendo Direct for a June release there.

Puyo Puyo Champions And Shakedown Hawaii Both Launch May 7 Switch

Which is more shocking?

May 7 just got a jolt of retro action and high-speed puzzling.

Sega struck first for May 7 with the release of Puyo Puyo Champions, a localized version of the recently releases Puyo Puyo eSports in Japan. The competitive version of Sega's nearly 30 year old puzzle franchise will release for US$9.99 or equivalent.

Sounds like something you'd want to make Mario with.

The oft-rumored first revision of the Switch may be hitting very soon.

In a preview story ahead of Nintendo's annual financial results scheduled for Thursday, Bloomberg sources indicated that a "new, cheaper version" of the Switch would launch shortly according to two cited anonymous sources. One source later specified a June target for this revision, with a second, "modest" upgrade to the existing model coming later in the year.

Including a change of rules that brought Rabbid Peach back to the charts.

The US sales survey from the NPD Group for March saw a strong month for Switch hardware and the usual solid performances on the software end.

All rankings quoted are for dollar figures, in the US only, from March 3 to April 6.

The hardware rankings saw the Switch as the best selling console... Read more...

Featuring Sega themselves, Konami... and a monopoly. 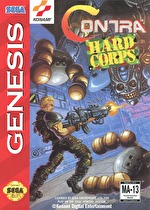 Sega has now unveiled half of the lineup for the upcoming Sega Genesis Mini.

The second set of 10 games is:

The games we previously thought were excluded? They're heeeeeeere.

With today's release of the Konami Arcade Anniversary Collection, Konami has revealed the rest of the lineup for the upcoming Castlevania Collection.

In a post on the PlayStation Blog today, the Castlevania Collection received a May 16 release date, as well as the final four games for the collection.... Read more...

So would this be called Kunia-Kun in Japan?

WayForward has announced a new collaboration that will give a new twist to a classic franchise.

The Shantae developers will be developing a new game called River City Girls in partnership with Arc System Works. No release window or platforms were given for the project, but more details are expected later this year.

by Perry Burkum - 7:00 am EDT
Discuss in talkback!

Coming to Europe next month. 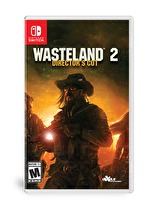 inXile Entertainment announced this morning that Wasteland 2: Director's Cut for the Nintendo Switch is finally available to purchase at retail (in North America) for $29.99 USD/$39.99 CAD. The European release is scheduled to come out next month on May 17th.