An announcement about as stunning as Brazil qualifying for a World Cup. 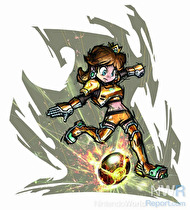 As with every Mario sports title on Switch, more content will be added to Mario Strikers: Battle League.

Be ready for more no-holds-barred Strike action following the launch of #MarioStrikers: Battle League, as there are free post-launch updates coming, including new characters!

Keep an eye out for more details on updates in the future. pic.twitter.com/MEDzNzlh5j