We know more characters are coming, but who could they be? 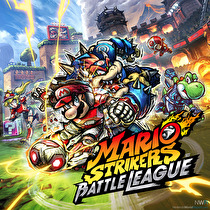 As more of Mario Strikers: Battle League was shown off, a slow realization set among a sect of the fanbase: Daisy isn't here." The shockwave rattled to the core of the game, setting off a chain reaction that ended up with a game released on June 10, 2022 with just 10 playable characters. As luck would have it, Nintendo clarified that after launch, new content would be added to Battle League, including new characters. With that in mind, I present you a list of amateur odds of how likely you playing chaotic arcade soccer with your faves (or not faves) is. 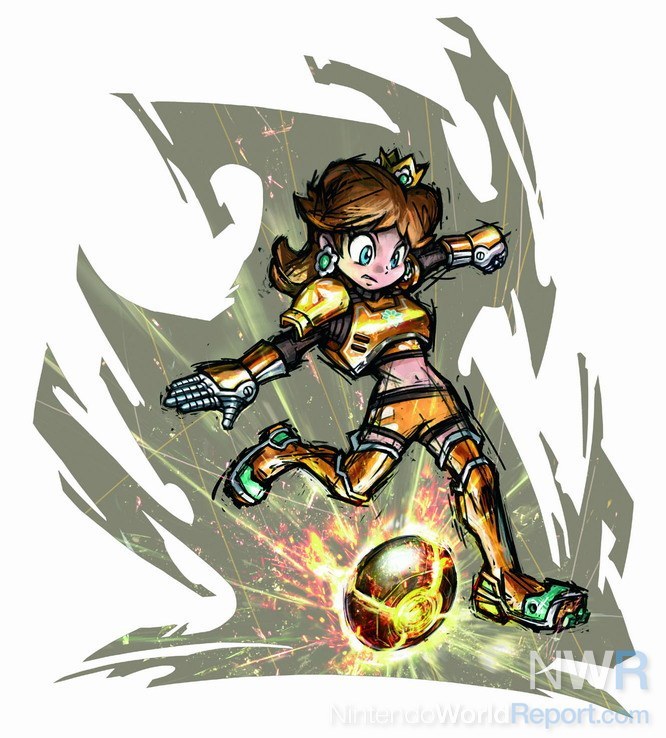 Listen: if Daisy doesn't show up in this game, Nintendo might be dealing with a riot. She is the only main character playable in the two previous Strikers games that isn't playable here. I'm not confident enough to make this even money, but Daisy should be in this damn game.

Bowser Jr. has been a mainstay of Mario spinoffs, even creeping into mainline games as he was a co-op partner in Bowser's Fury. With appearances in Mario Tennis Aces, Mario Golf Super Rush, and even Super Smash Bros., it's a little surprising Bowser's son/spawn/clone isn't in Strikers on day one. He doesn't have the history specifically with Strikers, but considering Rosalina follows a similar recent pattern of spinoff prominence, Bowser Jr. seems like a likely addition.

Diddy Kong was playable in Mario Strikers Charged on Wii, which is why his odds are third-best, but there's a definite downward trend for DK's co-op partner. He was a post-launch addition in Mario Tennis Aces, though he skipped out on golf last year. If it weren't for Diddy's appearance in the last Strikers game (even if it was more than a decade ago), he would be much further down the list. 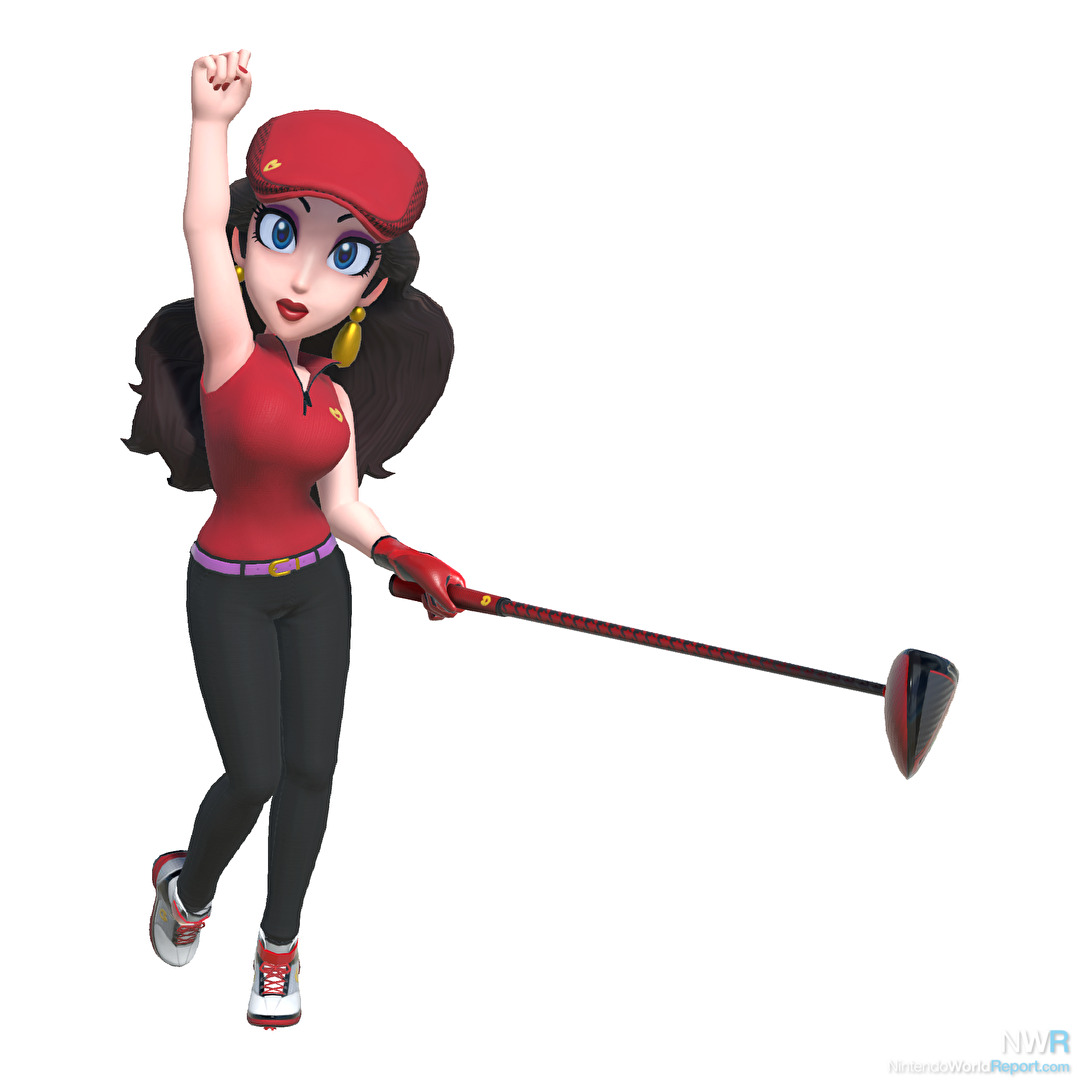 Since her virtuoso appearance in Super Mario Odyssey, Pauline has been a regular addition to Mario sports, appearing as a DLC character in Mario Tennis Aces before getting the main cast treatment for Mario Golf Super Rush. As long as Nintendo keeps her revival ongoing, she is favorable to show some more personality on the pitch.

Birdo and Boo both have past appearances in Strikers games, but the ace in the hole that makes them maybe a little bit more likely is the fact that they could be used like Toad and Yoshi as players each team could have multiple of. If you're unfamiliar with Battle League, you can make teams of four but you can only have one of each character on your team (aside from Toad and Yoshi). Boo and Birdo could be other duplicate characters, with Boo having the added bonus of being a mainstay in developer Next Level Games' recent work on Luigi's Mansion 3.

These both satisfy the "can be used as duplicates" rule but also Shy Guy and Toadette generally appear in spinoffs. Both Shy Guy and Toadette appeared in Aces and Super Rush post-launch, so there's precedent for being add-ons after the game came out. Also Toad needs a buddy. You see that adorable little dude out there kicking soccer balls as big as they are? Help a Toad out and let Toadette play. 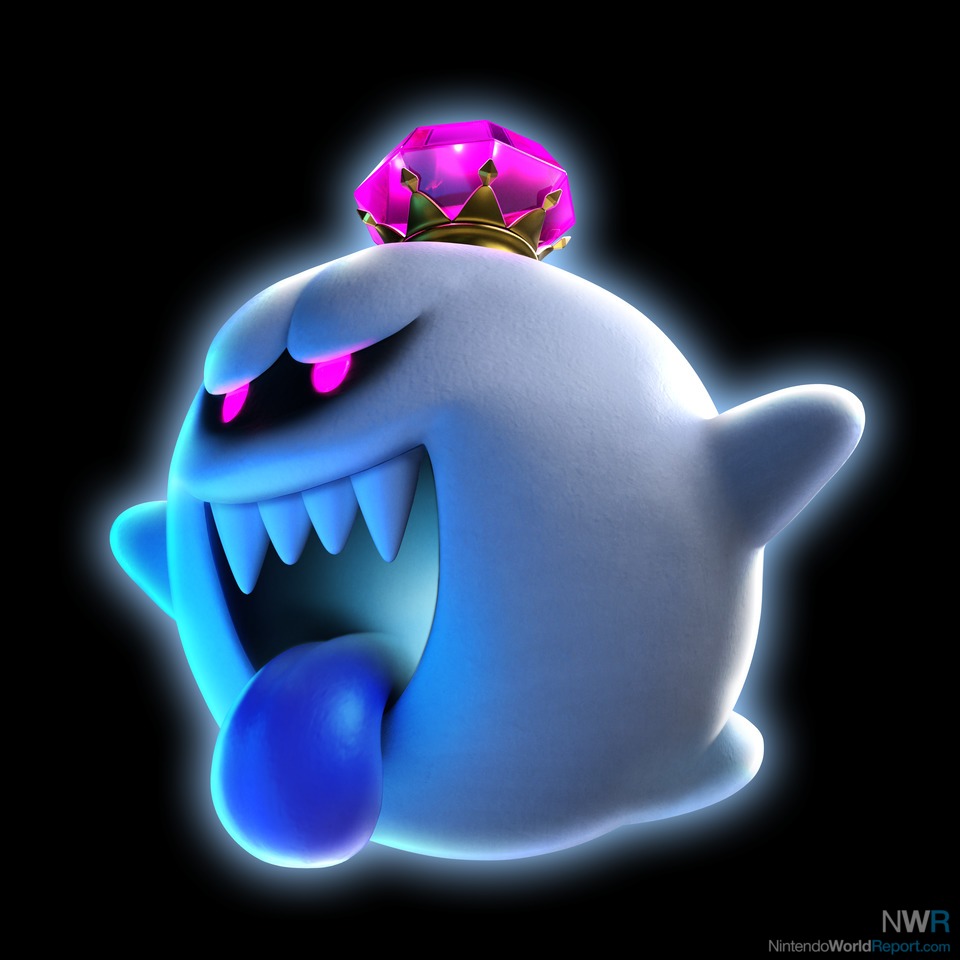 King Boo seems less likely but because of Next Level Games' recent history with Luigi's Mansion, that terrifying villain would be a great fit for Strikers, blending the developer's two worlds. Koopa Troopa has the history from Strikers and of showing up as a post-launch character in Mario Golf Super Rush while also being ripe for duplication. I initially had Kamek way further down the list because I couldn't remember that Magikoopa ever hopping off the broom frequently. But then I saw how Rosalina moved with the ball in Battle League and determined nothing matters so screw it: let the robed enemy have the damn broom.

Dry Bones and Hammer Bros. were both sidekicks in Mario Strikers Charged, but the duo's recent history of less appearances makes their reemergence a little less likely. 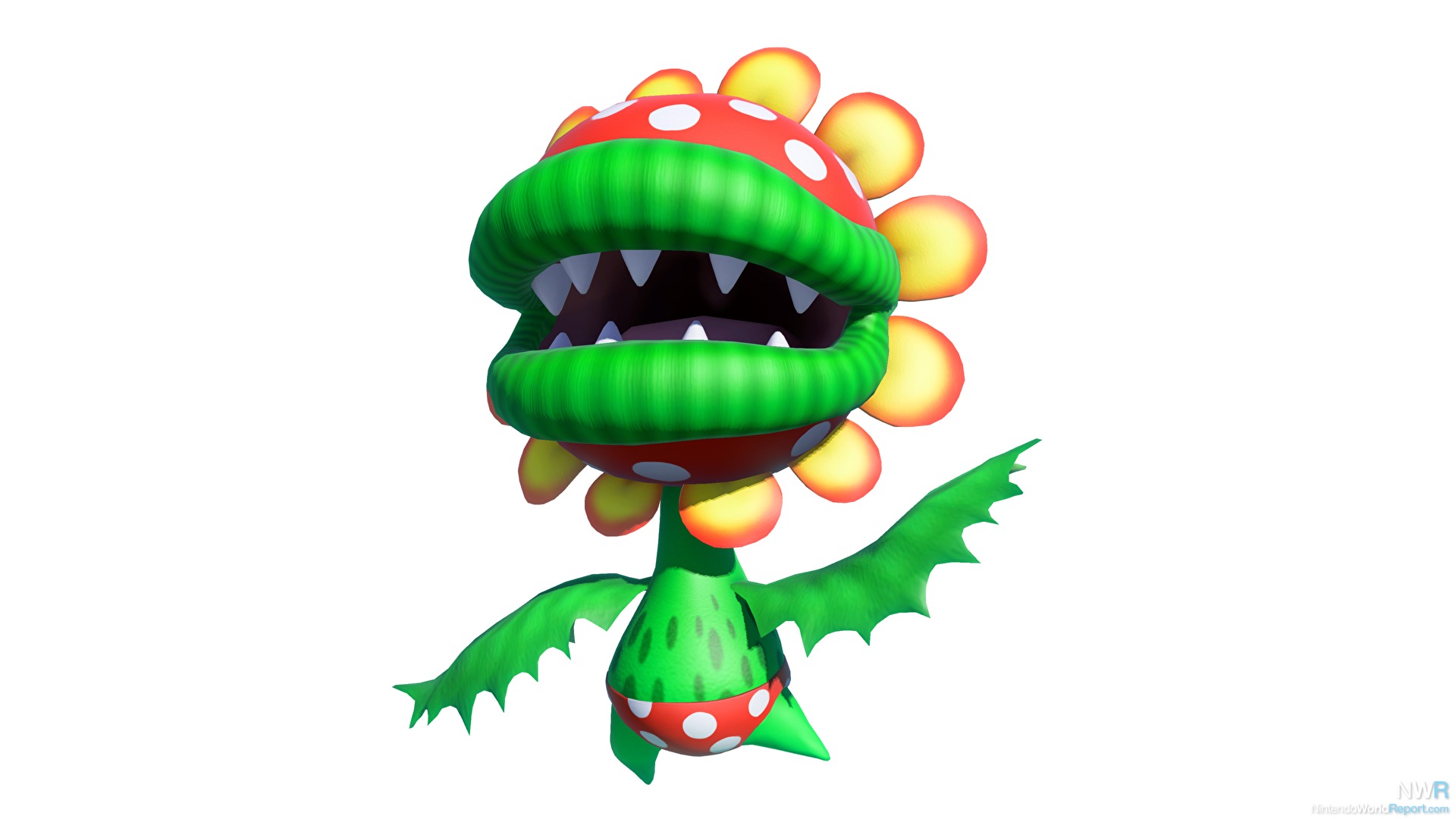 Dixie Kong feels like a long shot as she couldn't even muster much of a campaign for Smash Bros, but at least she's just as likely as a character who was playable in a past Strikers game. Does anyone care about Petey Piranha? I'm looking for that feverish fanbase.

Wiggler and King Bob-omb are fresh off of appearances in Mario Golf Super Rush, but I wouldn't call them likely for Strikers. Wiggler seems illegal with his numerous appendages, but then again, Rosalina can summon the power of the cosmos and things are on fire in this game constantly so who knows. Monty Mole has history with an appearance as a sidekick in Strikers Charged, but overall seems unlikely to make the return trip. 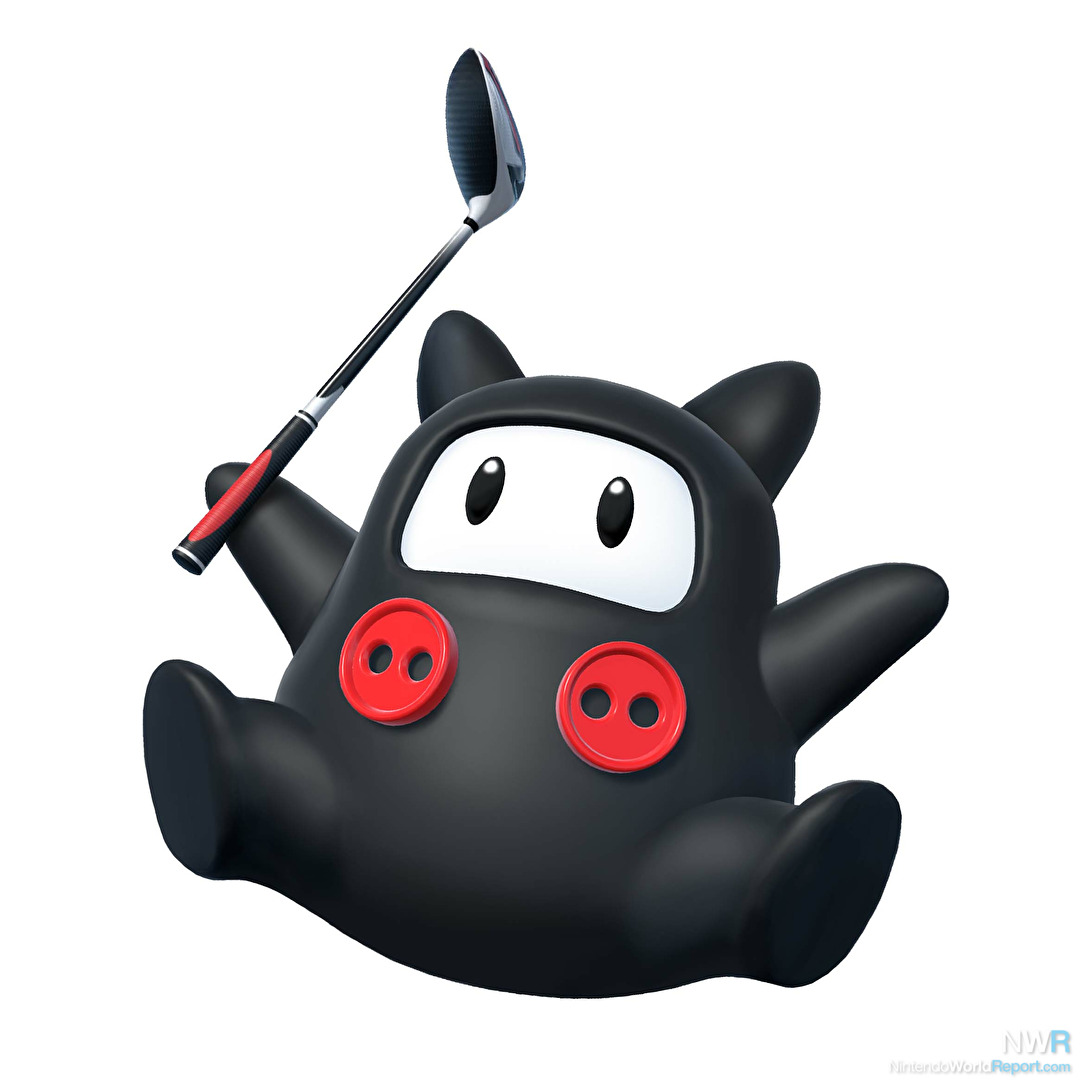 Chargin' Chuck made the launch day roster for Mario Golf Super Rush and was frankly one of the best things about the game. I would personally love to see his personality shine in the hands of Next Level Games. Ninji and his buttons and/or nipples showed up as post-launch DLC in Super Rush. Ninji seems unlikely, but stranger things have happened.

Funky Kong, Nabbit, and a bunch of others

Is it possible Funky Kong could show up here? I guess. I'd like it. But I don't think it's happening. Nabbit showed up in Mario Golf World Tour on 3DS, likely because that was soon after Nabbit's New Super Mario Bros. U debut, but Nabbit does not have the longevity of a Rosalina or even a Petey Piranha.

They weren't really cool in Super Mario Strikers and I hope they never come back.

It would be cool if Nintendo partnered with Capcom and brought Mega Man from Mega Man Soccer into this game.