Wii U Ready for Free-To-Play Titles

Nintendo, however, has no current plans to make any of their own. 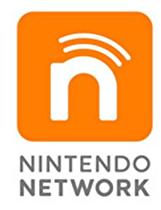 The Wii U has been designed to support both free-to-play content and microtransactions, according to statements from Nintendo Global President Satoru Iwata at an analyst  presentation at E3 last week.

"We have designed the system from a technical standpoint to allow developers to freely take advantage of things like free to play and micro transactions," Iwata told investors, further explaining that one of Nintendo's goals was "to have a variety of purchase options and additional e-commerce options available at its launch" for their upcoming Wii U home console.

Nintendo has started to support microtransactions (small additional online purchases players can make to add additional contents and features to their game experiences) in their own first-party games (notably in Fire Emblem; Awakening for the 3DS), and third-party games have been able to support DLC since the launch of Nintendo's WiiWare service for the Wii. However, it appears that the legendary game company isn't keen to support free-to-play games in their own products. "If there are some people who feel that Mario is something that should be available as a free-to-play type model, I would have to clearly say that I disagree," said Iwata, and "Currently, we are not actively looking at free to play for our first-party content and I don’t think that’s a direction that we should go in right now."

However, Iwata did mention that if the company came up with a game idea that suited the free-to-play business model (where consumers get a game for free but then have to pay to unlock extensive content, abilities, or even competitive advantages for their own use), the company would not rule it out.

Understandably, this brought up a discussion of the Nintendo President's GDC 2011 Keynote Speech, which many took to be a diatribe against the quality of free-to-play titles. But Iwata took a few minutes at the event to clear up any misconceptions about his message last year.

Iwata explained that his message was that "the monetary value of the product in digital form could be depreciated at an extremely high speed if you are not cautious. Paying attention to such value and trying to keep it at high level is very important. Otherwise, it would make the game development business itself quite difficult."

However, he acknowledged that some people had not taken that idea away from his speech: "my speech was reported as if I had said, 'Inexpensive games have low quality.'" Faced with that miscommunication, Iwata concluded with "I regrettably have to say I should have organized my speech more appropriately."

This could be a really interesting road for Nintendo to take if they actively entice and promote third-pary free-to-play games on the Nintendo Wii U. The free-to-play model has been the dominant model in South Korea, China, and other east Asian countries. It is now making large in-roads with western audiences with titles such as League of Legends and offerings from Wargaming.net. Microsoft and Sony seem to be reluctant to embrace the free-to-play model on the Xbox and Playstation systems. If anything, having many free-to-play titles on the Wii U might make it an attractive purchase in South Korea for home or PC bangs/cafes.


EDIT: Oh, and maybe Nintendo will pack in or heavily & publicly recommend a hard disk drive if they will be promoting free-to-play games.

Where you have to pay REAL money to buy items fro Pokemarts. $2 per Pokeball? LOL

May this idea die in the fire of a million Solar Powered Charizard Blast Burns.

It's very obvious that this is specifically for Ghost Recon Online, at first.
I'm really hoping for a Phantasy Star Online 2 Wii U!

May this idea die in the fire of a million Solar Powered Charizard Blast Burns.

I don't mind this sort of "Pokemon Universe" kind of game.  What I hate, more than anything else, is the Freemium/Pay to Play More stuff on IOS.  If stuff like that happens (pay $5 for virtual pet food, etc.) then fuck that.  I'm keeping my Wii U off.

Hell no. Why is Nintendo making me not want to own a WiiU.

As far as I know, free to play works on PC and smart phones because the install base is large enough that you get that small percentage of "whales" that basically pay for everyone else to play. Would that work on the much smaller scale of a home console, especially a new one? I can't imagine that it would. I am real dumb though. I could be wrong.

It's very obvious that this is specifically for Ghost Recon Online, at first.

Only if Ubisoft changed their mind, last year at E3 they said they would charge around $10 for the Wii U version.

Team Fortress 2 is Free to Play

My big question on that is:  How is Nintendo getting there cut?

Are F2P games going to pay Nintendo a Percentage or a set rate every month.  How is Nintendo making Money off this?  They must have found a way.

Team Fortress 2 is Free to Play

The Xbox 360 and PlayStation 3 versions are part of a larger package (The Orange Box), so the console version is not F2P.