The Collector’s Hopes For Pokemon Scarlet And Violet

My original plan was to do this entirely in wrestling jokes, but the writing time was coming up to a Ric Flair 1980’s title defense.

We’re into the traditional dry period between the announcement of a new Pokemon game and the reveal of actual new information about it, but it’s left me with a lot of time to stew over things since our rapid analysis came out. As someone whose Pokemon playstyle is largely focused on Pokedex completion, I fully accept that what I want out of Scarlet and Violet is going to be different than what the competitive players want. (That’s a world I’ve largely avoided since Blissey, Skarmory, and non-Selfdestruct Snorlax ruined the nascent competitive battling scene of the Game Boy Color games.) But I don’t think my hopes are unrealistic, so let’s break them down.

1) Make all of the Pokemon who aren’t available on the Switch available in vanilla Scarlet/Violet.

As it turns out, this is a smaller list than you’d think. Between Sword and Shield, its Expansion Pass, Brilliant Diamond / Shining Pearl, and Legends: Arceus there’s only 27 families of regular Pokemon that aren’t available on Switch in some fashion. Although some of them have the dreaded X-Pac Heat (poor Simisear, literally the least popular Pokemon in existence) there’s also some quite popular lines and a frickin’ Smash Bros character who aren’t available unless you use the 3DS to bring them in. And if Pokemon is designed to bring in new players every time, that’s going to be a lot harder for a newbie to “catch ‘em all” if they don’t have a hand-me-down 3DS somewhere. One of the missing lines—Flabebe’s—was in the OG trailer, so there is hope. 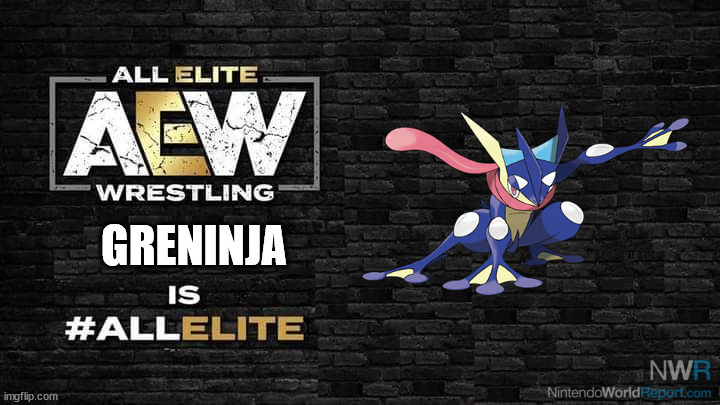 The one last remnant of the wrestling gimmick - and as it turns out he's already ready for an appearance on Dark.

And before Pokemon Go is brought up as a possibility for obtaining some of the missing, a number of these are regionally restricted; I can only get the water monkey of the elemental monkey trio because I live in North America. As well, they only added Alola-region Pokemon in February and are still missing most of the original Pokemon from that era. The only ones that have been added as of press time that aren’t available on Switch are the Yungoos line, the Pikipek line, and Oricorio. And the purpose of this request is to make everything available on one platform.

Having more “Mythical” (event) Pokemon available as part of the story would also be nice. Save bonuses and Legends: Arceus did OK with this as we’re only missing Celebi (tied to the Virtual Console release of Pokemon Crystal) and Deoxys (a postgame event in Pokemon Omega Ruby/Alpha Sapphire, a nearly eight-year-old game that’s soon to be off digital markets and is already getting out of hand for physical copies) of the first 493. But that still leaves nine Mythicals that haven’t come out since limited 3DS events. Maybe there’s a chance here? In fact… this will tie nicely into the next one.

2) Keep the new “Legendary” count low if not zero

This isn’t likely to happen, admittedly. Even though Sword and Shield started out well by only having a trio, every Pokemon introduced in the DLC is considered legendary. In fact, the legendary count by generation compared to the number of Pokemon introduced:

A total of 69 “legendary” Pokemon, or the total non-mythical count of Pokemon X and Y. (Nice.) Thankfully, that one in Legends: Arceus gives them an out to theoretically just use the now four genies as the plot drivers for this generation. It probably won’t happen—there are movies to be made and the anime needs some big arcs—but who’s to say whatever region Scarlet and Violet takes place in doesn’t have a regional variant of an existing group or some older Mythical Pokemon if we really must go down that road?

3) Either don’t have a battle gimmick like Dynamax at all, or make it postgame only.

Mega Evolution, Z-Moves, and Dynamax/Gigantamax were cute for a time, but nearly a decade of gimmickry made the simple throwback combat of Brilliant Diamond and Shining Pearl actually kind of refreshing. Ideally, we don’t have to deal with another gimmick thing, but the “raid” concept from Sword and Shield was popular and Arceus knows Go won’t stop shoving raids down the playerbase’s throats. They’re a simple way to make post-launch content as well.

Thankfully, there is precedent for keeping gimmickry out of the story in the Pokemon series or at least limiting it. Pokemon Black 2 / White 2 added the concept of “Hidden Grottoes,” a proto-raid den that could be run into for rare Pokemon or items; it was introduced around the time of the fourth badge and was mostly only necessary in the postgame for Pokedex completion. Sun and Moon also kept the Mega Evolution gimmick from the original 3DS generation, but all of the items needed for triggering it were only unlocked after winning the title for the first time.

So if something caused in the postgame causes a bunch of dens to spawn in the environment for easy multiplayer play, that’d be fine. Or if they adopted the “Agile Style / Strong Style” concept from Legends: Arceus, but adapted it to a turn-based format in a way that it’s constantly available. I can see it being only applied to damaging moves, and either reducing damage to give the attack increased priority (on the order of Extreme Speed) or taking a move priority hit in order to tack on additional damage.

This is probably the most selfish wish of mine: I’d really like for my roommate to get back into the series, and he’s cited the “gimmicks” as a reason he hasn’t really enjoyed a Pokemon game since the Black / White games. (He’s skipped every Switch Pokemon game entirely.)

This is specifically a Sword and Shield criticism, but they frontloaded that game to an absurd degree. It’s possible to get nearly 75% of the Pokedex in the base Sword and Shield prior to the first gym, and there’s potentially more than 520 Pokemon accessible if the DLC is present, including roughly 30 Legendary Pokemon. Most of this is due to the presence of the Wild Area, and specifically the raid dens; although Sword and Shield extended the old badge obedience cap to prevent catching anything over the cap, the Pokemon in the raid dens would coincidentally come at or near your level cap. (The rest of this is the fact that the Dynamax Adventures of the Crown Tundra can be done as soon as the DLC unlocks, with the only roadblock being a fight you can lose without affecting the plot.) I understand that they wanted to make certain types that were previously rare—specifically, the Ice type—more widely available, but most of what I used in my first couple of playthroughs was pulled off the routes as I just wanted to get out of the Wild Area.

One of the few things we know about Scarlet / Violet is that they’re going to be “open world” Pokemon games, with whatever that means. I’m probably the only sicko like this, but I want roadblocks in huge numbers. Most likely, the world will be laid out similarly to what the Isle of Armor or Crown Tundra was. In that instance, give me a little taste of a bunch of areas with a couple of Pokemon available prior to badge (or badge substitute) 1, and let it grow a bit more as the game progresses. A good portion of the Isle of Armor was blocked off until water travel became an option pre-badge 7; this was cool. But I’m also on record as saying my favorite parts of Sword and Shield were routes 1 to 8 until the hail kicked in.

The average Pokemon game post-DS has had somewhere between a half and three quarters of all Pokemon in it. That would put Scarlet / Violet at between 500 and 750 Pokemon roughly. If they’re evenly divided between whatever game milestones are available, pre-credits, and the postgame, that’s fairer than having a dump like pre-badge 1 in Sword/Shield or (to a lesser extent) pre-badge 2 in Pokemon X and Y.

5) Retcon some of the stupider evolutionary methods still standing

Inkay (turn the system upside down upon striking the blow that leads to the level-up) and Galarian Yamask (lose 49 HP, then drive under a random arch in the Wild Area of Sword and Shield) are what I’m specifically aiming at here. They removed a lot of location-relevant evolutions in Sword and Shield: Eevee became compatible with the Leaf Stone after 23 years. But the fact that you can’t evolve Inkay docked is kind of dumb, and who’s to say the next system will have system-level gyro? Might as well rip the bandage now. And I had to look up Galarian Yamask’s evolution on three different websites when trying to do it because I couldn’t believe it. In what universe does it make sense? 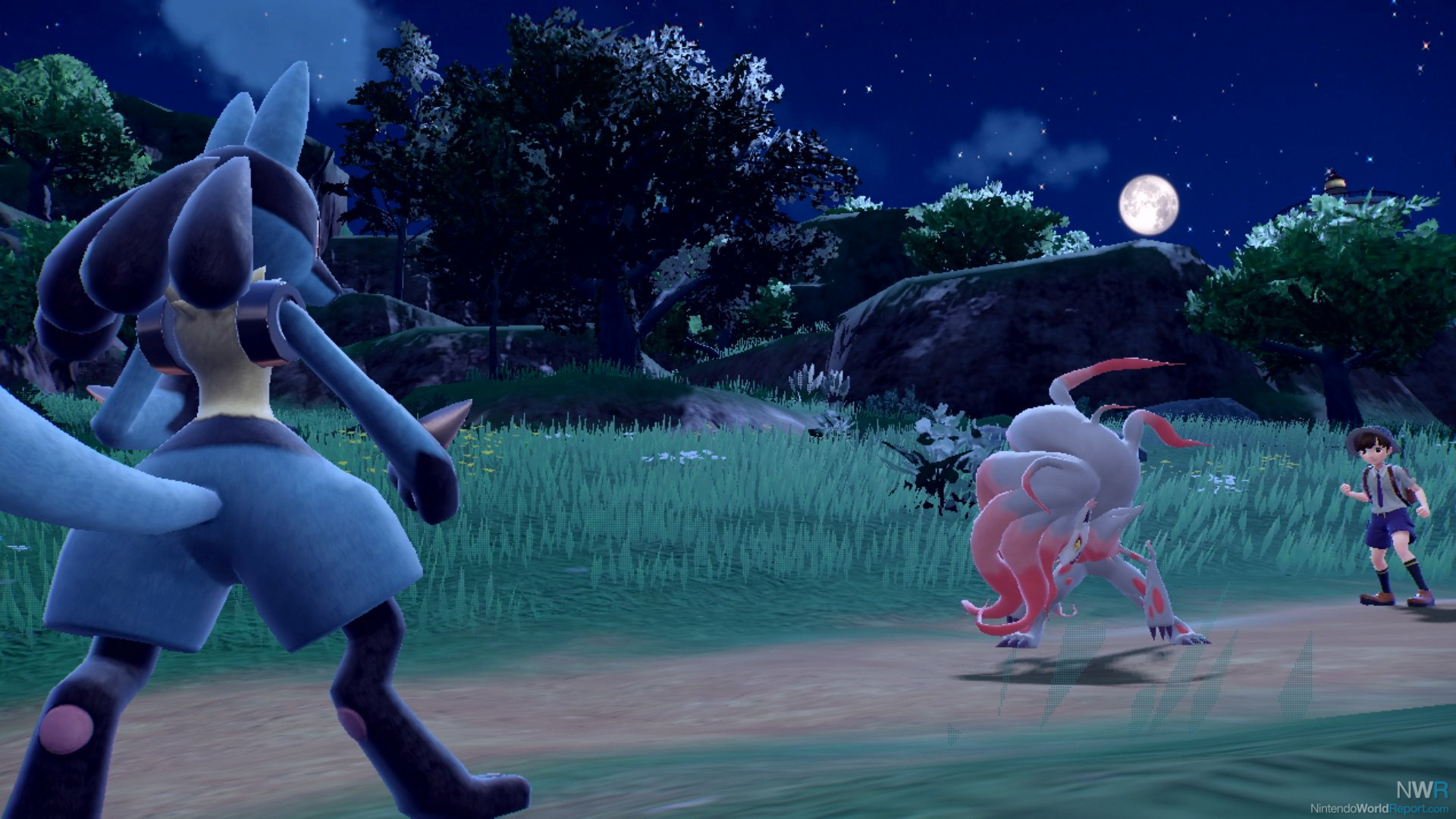 Assuming the Hisuian originals of Legends: Arceus come through time - which hey, we've already seen Hisuian Zoroak - they may also want to patch up Stantler, Qwilfish, and Basculin's evolutions. The last one—lose health from recoil moves?—is especially in need of a fix. I suspect the first two of that group will get changed to “level up with (trademark move)” if the Strong/Agile system is left out anyway.

Have some hopes for Scarlet and Violet you want to get out? Or do you want to have me committed? Either way, let us know below and we can laugh together when literally none of this happens during the holiday season.