Danny buys the Circle Pad Pro and tests it as a grip for unsupported games. 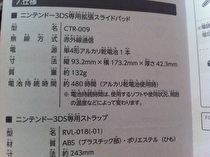 Coinciding with the release of Monster Hunter 3 (Tri) G on December 10 in Japan, Nintendo released the Circle Pad Pro, a peripheral for the Nintendo 3DS which adds an additional joystick to the handheld as well as extra shoulder buttons. The device is powered by a single AAA battery (included) and can last for up to 480 hours of gameplay. Currently, there is only one game on the market that supports it –Monster Hunter 3 (Tri) G. However, more support for the add-on is coming from a variety of developers in upcoming titles such as Resident Evil: Revelations, Metal Gear Solid Snake Eater 3D, Kingdom Hearts 3D, and Ace Combat: 3D Cross Rumble (known as Ace Combat: Assault Horizon Legacy in North America).

I already pre-ordered both a Circle Pad Pro and my copy of Monster Hunter 3 (Tri) G on Amazon in late November so I could avoid the mad rush to the electronic store to secure my copy of both the game and the monstrous 3DS accessory. Since I had roughly a week to wait for my Circle Pad Pro and game to arrive, I figured I would take a stroll to my local electronics shop on December 10 to see if they had the game or accessory.

First, I think it is important to give you a little bit of background about where I live. Yes, I live in Japan, but I do not live in the bustling, metropolis that is Tokyo. I live in Saitama prefecture. My town in Saitama is about 45 minutes away from the outskirts of Tokyo and is just urban enough to make it easy to find grocery stores, electronic shops and restaurants without having to own a car or riding my bicycle for two hours to get somewhere. When it comes to game releases, things are pretty tame. For big releases, you can almost always find what you need without any problems. With Monster Hunter and to an extent with the Circle Pad Pro, I was not going to take any chances, which is why I made sure to pre-order both items on Amazon.

As I walked into the local electronics store this afternoon, I expected to find a destroyed display where Monster Huner 3 (Tri) G once was and an empty spot on the shelves where the Circle Pad Pro once resided. Surprisingly, there were still plenty of both the game and the devices. While I couldn’t quite justify the purchase of another copy of Monster Hunter, the going price for the Circle Pad Pro (1,500 yen) was cheap enough to buy so I can test it immediately without waiting for my order to arrive from Amazon. I bought it and then scampered home to try it out. 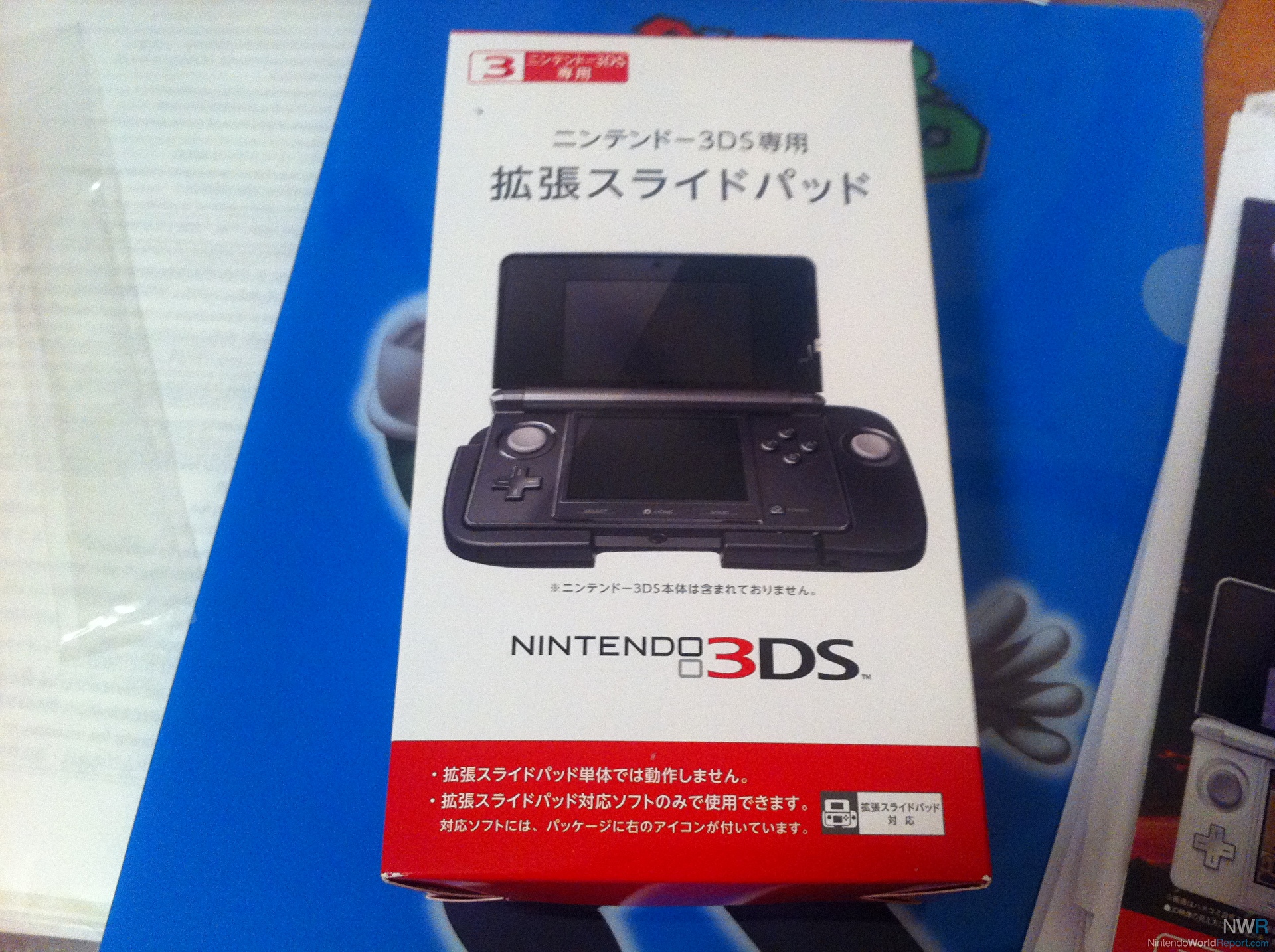 Unfortunately since I didn’t have my copy of Monster Hunter for 3DS (and since the demo version from the eShop doesn’t support it), I have not had a true chance to test the device with software that is intended to be used with it. I have, however, had the chance to see how it works as a grip for 3DS games. Nintendo World Report Japan Correspondent Minoru Yamaizumi put it best in a recent tweet by saying, “...as a grip, it’s mediocre.” I couldn’t agree more. The first game that came to mine was Mario Kart 7. While it’s definitely not terrible to play with the 3DS, I do find that my hands can cramp up a little bit after extended play sessions. The first thing to understand with the Circle Pad Pro is that none of the buttons on the device are going to work with unsupported games. The Circle Pad and triggers are completely useless. You can still access the 3DS shoulder buttons while your 3DS is secured in it, but the experience can feel a little bit awkward. I found that my right hand felt perfectly comfortable reaching the R button as I had a little bit of room to reach thanks to the extra Circle Pad. The left side still feels a little cramped, though, and more or less the same as it does when playing games without the attachment.

The system itself fits snuggly into the groves of the attachment and goes in smoothly with four small rubber bumpers securing the 3DS to make sure it doesn’t get scratched or damaged. When it’s all said and done, the Circle Pad Pro is a very well put together piece of hardware. As a grip, which is the manner in which I used it, the Circle Pad Pro is mediocre.

Below are some pictures I snapped of my Circle Pad Pro. Notice how the Aqua Blue 3DS blends perfectly with the black, adding to the aesthetic appeal and beauty of the Circle Pad Pro. 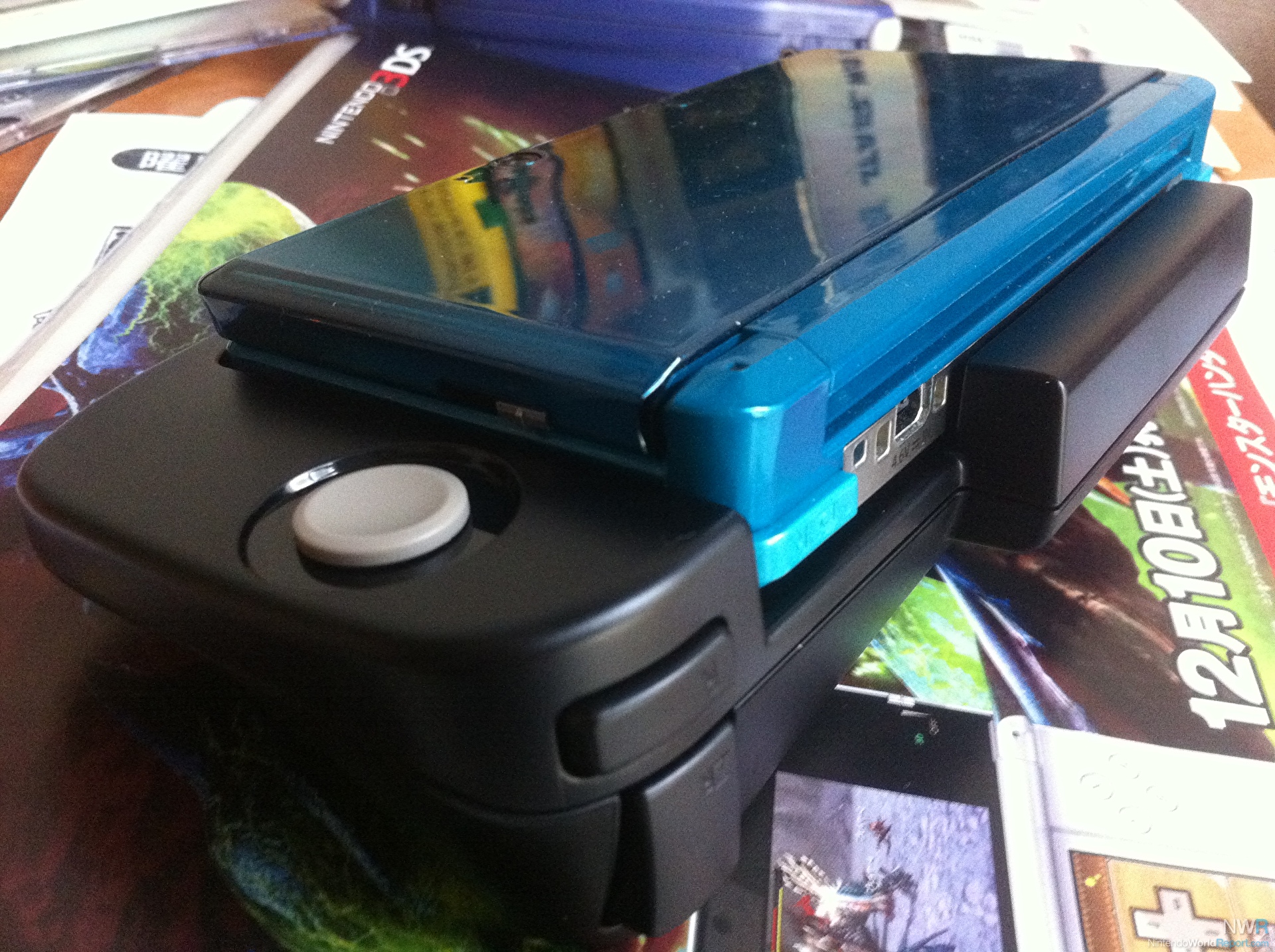 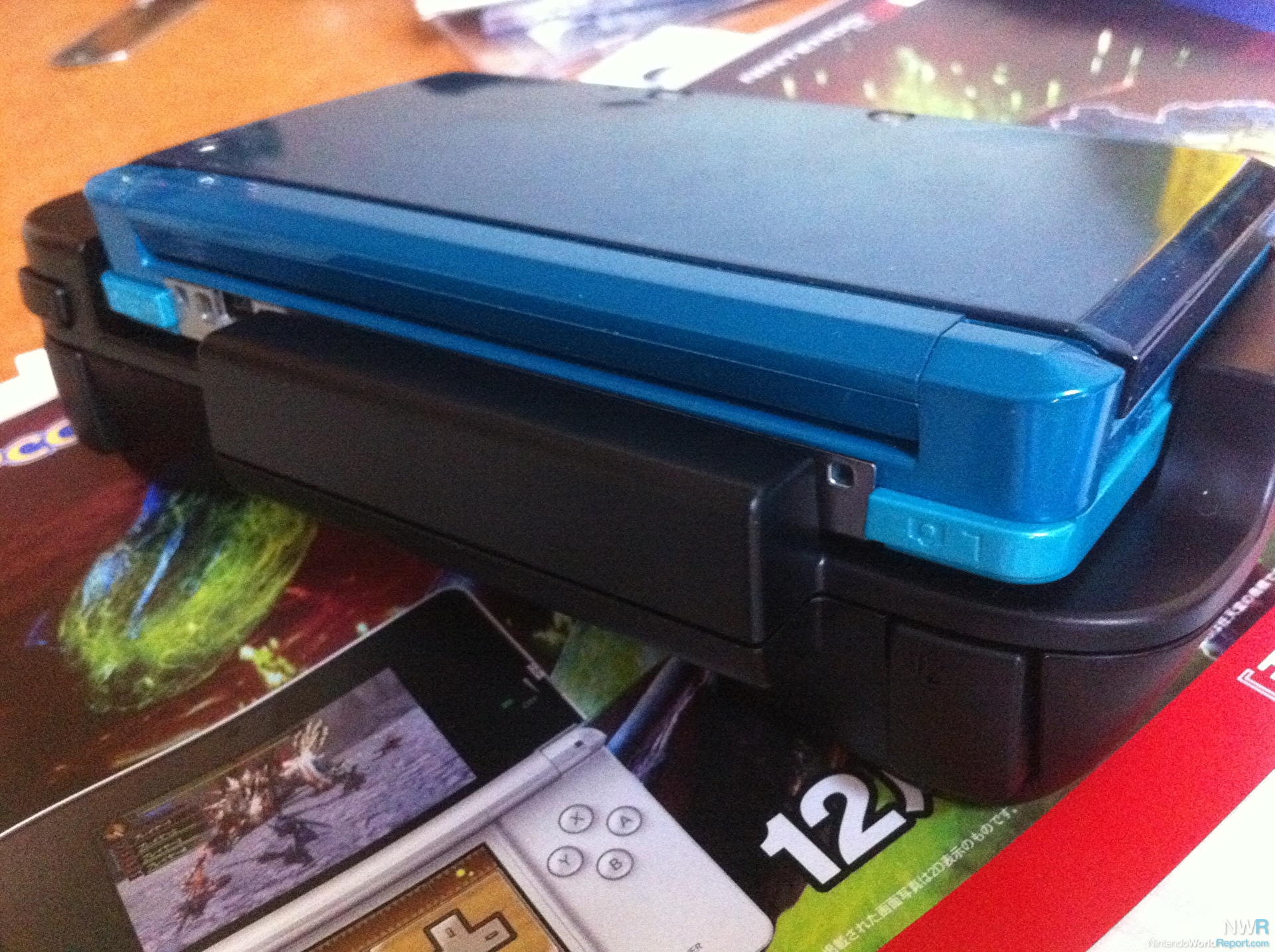 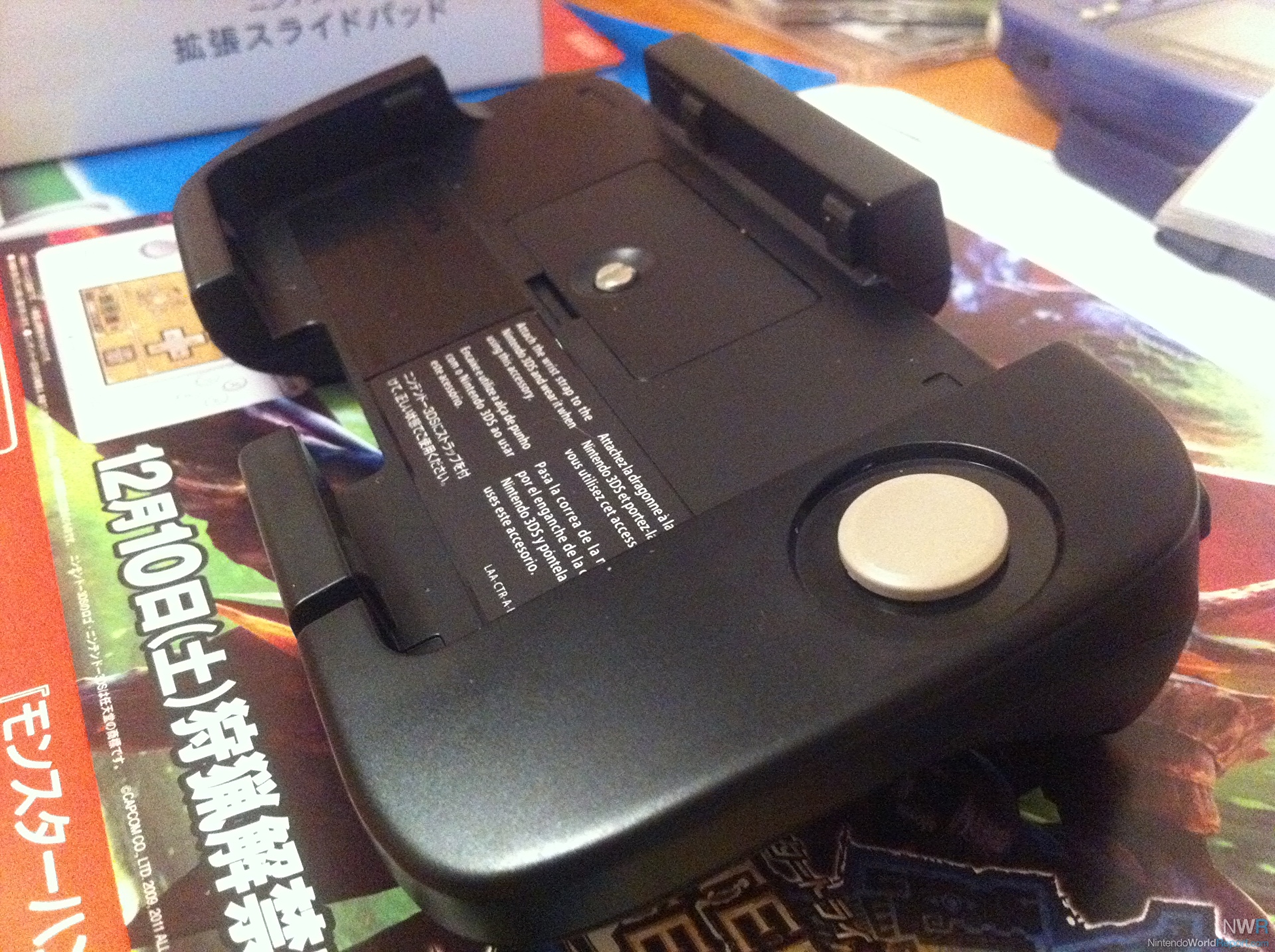 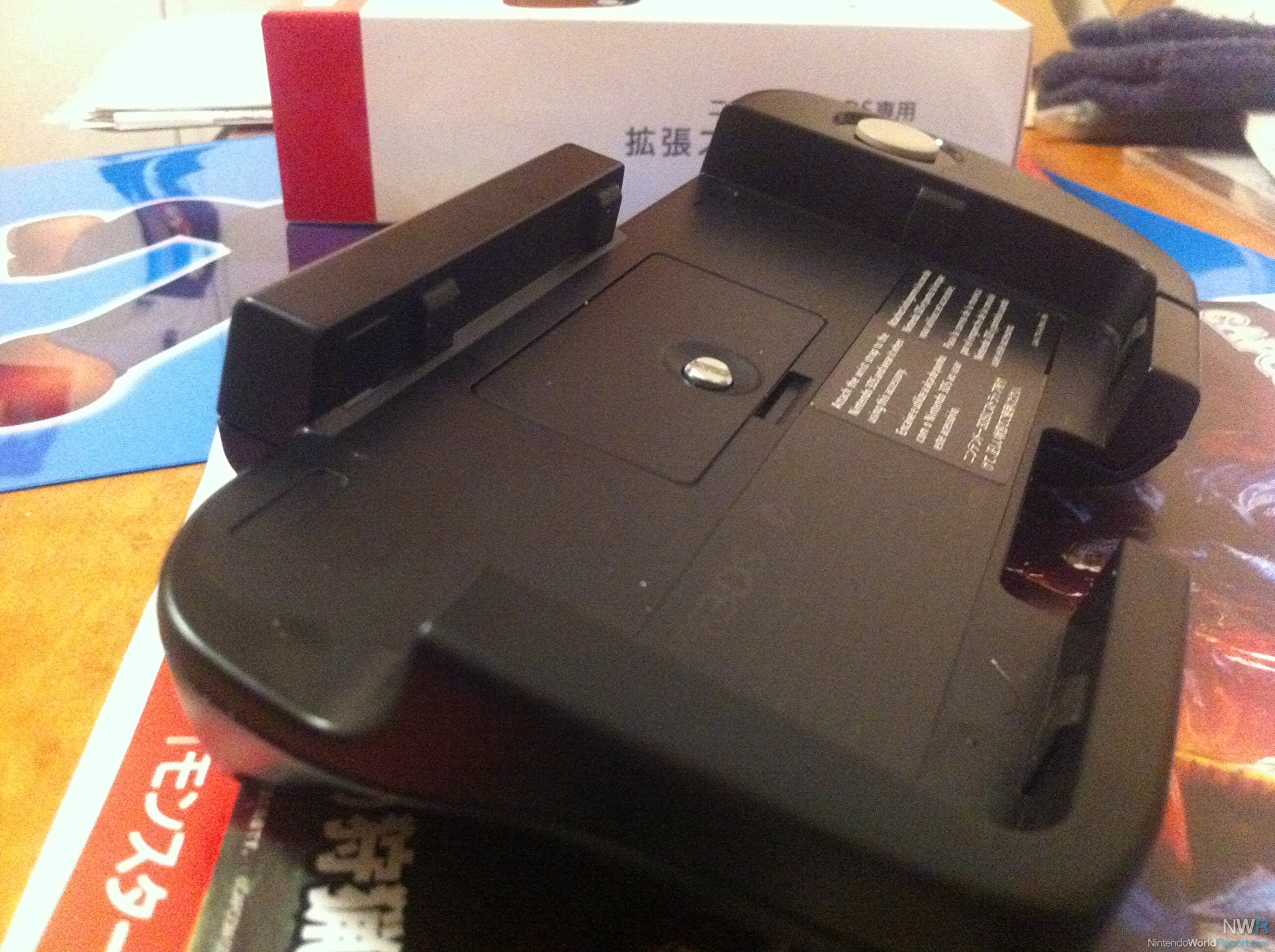 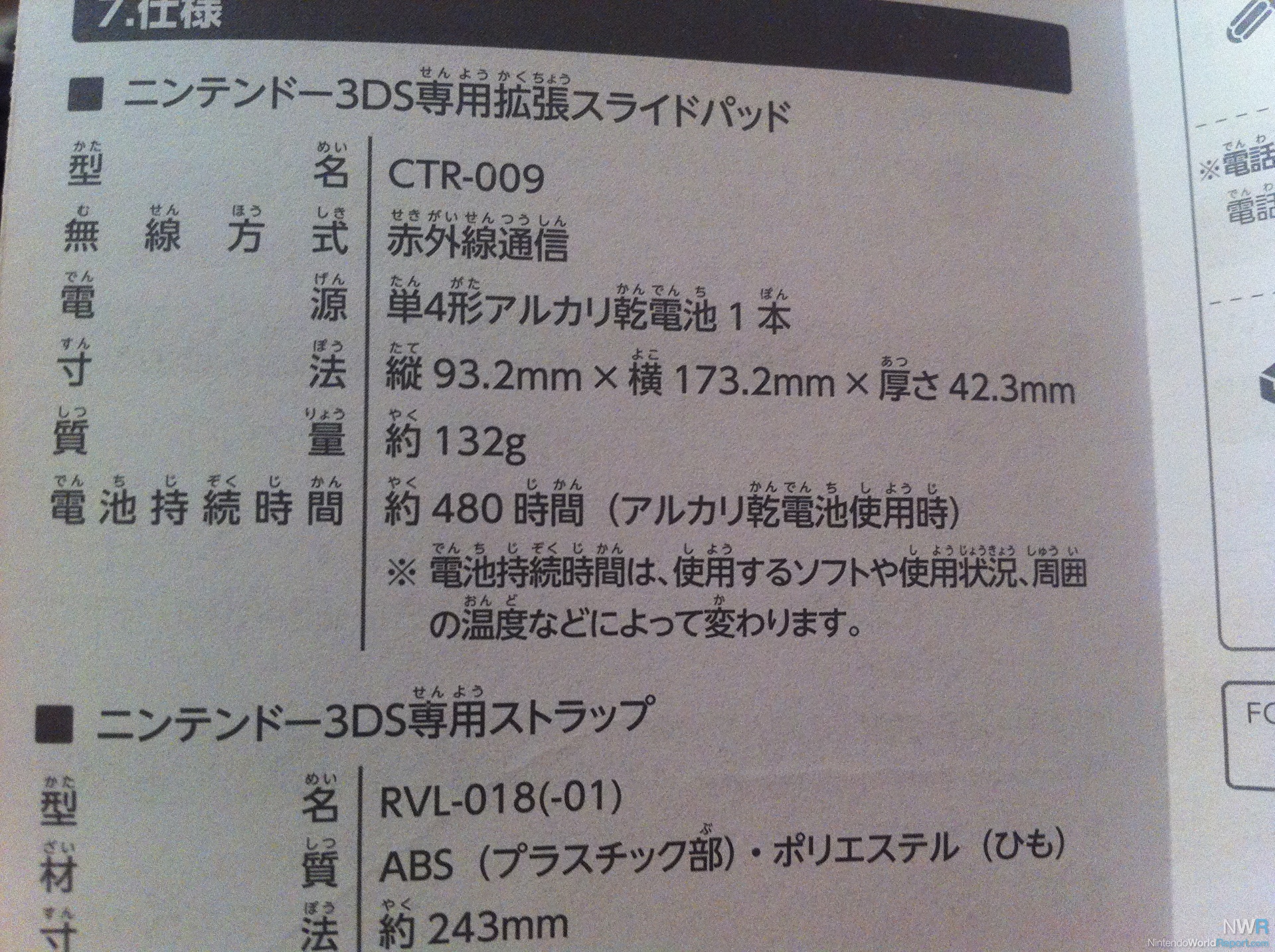 I don't care to own one of these as I don't find the need for it. But it's nice to hear some impressions of it as a grip. Because it doesn't sound like it will add any significant amount of comfort vs. the inconvenience of the device, I will forgo any circle pad pro editions of 3DS games and just stick to the cartridge only version.

Thanks for the impressions.


It's a shame that it doesn't provide much of a better grip for the 3DS.

Thank you for quoting my tweet! Since this attachment is primarily not a grip, it totally makes sense that Nintendo prioritized portability. And I admire those who designed this attachment, given that 3DS was not designed with a plan of this type of extension.


The reason I think this attachment is mediocre as a grip seems somewhat different. I feel my right hand, which is probably smaller than Danny’s, felt uncomfortable, because the R button and face buttons are a little to far to the Circle Pad Pro, which soon makes my base of thumb hurt. And the touch screen is so far that my thumb hardly reachs it, which would be often problematic in, say, Super Mario 3D Land.


The left side is better than the right, but I completely agree with Danny: it’s not so different from holding a bare 3DS. Since, unlike the Classic Controller Pro, Dualshock, or 360 controller, the attachment does not have horn-shaped grip extensions, it hardly makes it less uncomfortable to use the d-pad.


In addition, it is obviously asymmetric, so it's slightly awkward to hold it exactly right in front of your eyes for the purpose of stereoscopic 3D vision unless you place your hands on a desk. Placing your hands on a desk is almost inevitable because this attachment with a 3DS is pretty heavy.


My favorite 3DS grip is free from these problems. In our podcasts, I have heard some NWR staffers complain that 3DS is uncomfortable to hold. I recommend them to try out a dedicated grip with relatively long horns!

That is an ugly mother.

That is one of the stupidest looking peripherals I've ever seen. I don't think I've commented on it before, but it is just plain balls-ugly. I know Nintendo wanted to treat the DS as a brand in itself, but they should have just ditched the bottom screen and used dual analog sticks from the beginning.

Yeah, there is definitely no way around it. This thing is as ugly as sin.

The main reason I wanted one is because I thought it would make the 3DS more comfortable to hold... now I must rethink.

I don't care if it's ugly, as long as its comfortable. And I want 3G so badly...*Playing Tri as we speak*

That looks incredibly uncomfortable to utilize that right slide pad in any long term gaming. Though I dig the form factor.

That is true, but in all honesty, I could see Nyko coming out with their own similar device that has the depth to fit a 3DS with the PP+ on it.

Except that design doesn't accommodate the 2nd shoulder buttons.

I think the only way they can make a comfortable redesign is in a 3DS XL which will also have 3D inward facing cameras too.

I don't care whether the slider pads are on the top or the bottom of the Dpad/buttons, but either way it should be symmetrical on both sides. My guess is Nintendo will design it to be identical to the layout of the Wii U pad, because the 3DS is supposed to be able to fill in as a controller for that so it makes sense it will have an identical layout.