Iwata - I’m looking forward to seeing what kind of things happen once it’s released to the world.

Fujisawa - Yeah. Just like with “IX” and “Monsters,” when it’s the type of game where you don’t know what kind of things will happen as soon as people get involved with it, I end up playing it myself, even after release. That’s why I’m really looking forward to playing “X” as a player once it’s out.

Iwata - People tend to make up for things that weren’t originally put in the game, don’t they?

Iwata - Maybe after people get used to “X,” in the future we’ll come to a point where people ask, “Can’t you play this one online?”

Fujisawa - Looking back, “VII” had something called the “Party Chat System” (※21). That was back when chat was just becoming a thing, and we made that system with the hope that people could experience a taste of adventuring while sharing information with their party members. Even the AI of “IV” (※22) was made so that people could experience a taste of the feeling that you were playing with people. In that sense, I’ve always wondered if “Dragon Quest” was always moving in the direction of going online.

※21 “VII”＝ “Dragon Quest VII: Fragments of the Forgotten Past.” RPG released for the Playstation in August of 2000. The seventh game in the Dragon Quest series.

※22 “IV”＝ “Dragon Quest IV.” RPG released for the Famicom in February of 1990. The fourth game in the Dragon Quest series.

Iwata - Or at least feel the presence of people.

Horii - Yes, we wanted to make “another world.” Even when writing the lines for the townsfolk, we did our best to write them so that they had the warmth of a real person. In “IV,” we gave it the setup that each of the characters introduced in the game had different lives, and made this AI that would make them act in ways you wouldn’t expect - creating the presence of various “people.”

With that said, in closing I’d like to have you each give a message to the players. Fujisawa-san, if you please?

Fujisawa - Sure. We were determined for this title to make sure that the online wouldn’t become any kind of hindrance to players that already like “Dragon Quest.” So we’ve created this world with the intent that everyone who’s ever played “Dragon Quest” before can pick up and play this game, too. So, to players who have reservations about the online portion, I’d love for them to take a peak, and hopefully get more and more into it as they start hearing whispers that, “It’s okay, there’s nothing to be worried about.” At that point, we’ll be waiting to welcome them to a new “Dragon Quest” world with open arms. It will last a long time, so I’d like people to come whenever they’re ready. 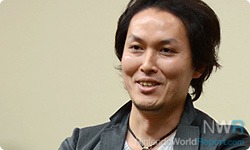 Iwata - In “X,” every day is a whole new world, and because the people there are real, living, breathing humans, there’s no need to feel that things will get boring if you’re late to the party, so you’re asking that people feel free to sound it out before taking the plunge.

Fujisawa - Right. Also, I’m sure that some people would feel pressure to play for a long time because it’s online, but I think it would be perfectly fine for people to play as they always have other “Dragon Quest” titles, just to see the ending, if that’s what they want.

Iwata - And of course if it feels right, they can continue to play long after as well.

Fujisawa - Right. They could also just come back and play the new story portions when they’re implemented as well. I’d like people to think that it’s a “Dragon Quest” that you can just play when you want.

Iwata - A “Dragon Quest” that always gives you a taste of something new when you want to go out and play it - so it could be said. Well, maybe I’m exaggerating too much, though.

Fujisawa - I just want to say again and again that, “It feels just like the ‘Dragon Quest’ that you already know. It’s the same old ‘Dragon Quest,’” so please come and play it with us.

Iwata - Thank you. Now then, Saitō-san.

Saitō - Ah, well, that’s really all there is to say. (laughs)

Horii - Yep, that’s pretty much all there is to say… (laughs).

Fujisawa - Ahhh, sorry about that. Did I say everything?

Saitō - But, you know, from a development perspective now it’s just a matter of waiting for release, but we’ve finally approached the start line.

Saitō - Right. The same goes for the Beta Test Version, but the three of us have been online for a ridiculous amount of time - enough that you’d think we were lying if we told you. We’re playing with players and listening to their opinions constantly, and we don’t expect to stop once the game is out. 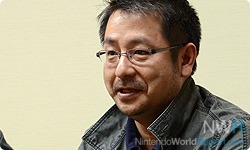 Saitō - Right. I don’t expect to use the same character name that I’m currently using in the full release, but I am constantly thinking about making an even better world for “Dragon Quest X” right next to the players, with one ear bent towards them, so I’d love for people to experience it themselves.

Iwata - Thank you. Now then, Horii-san, you’re finally getting to deliver the tangible results of years of ideas you’ve had to the players.

Horii - That’s right. I feel like the environment has changed quite a it. For instance, even for the scenario - now that the internet is big, even if you write a scenario with a big twist, it gets spoiled right away. But because it’s online, the people playing won’t know what to expect, so in a way it’s a spoiler-free system.

Iwata - In other words, there’s a synchronicity about it, so you’ll be able to continue to deliver new chances for people to encounter new surprises.

Horii - Right. I’d like for it to become an exciting world for people. 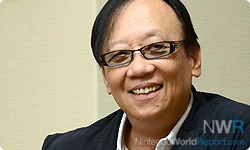 Iwata - Thank you. Personally, I’m most interested in seeing how Japanese society’s outlook on online games changes with this title. I have a feeling that the things that distant onlookers always bring up, like the negative aspects, the high barriers of entry and other misunderstandings will be changed by “X.”

Horii - Perhaps new rules will be born. I think that if it can become a game that normal people can get into, that’s when new rules and standards are born.

Iwata - Indeed. This time you’ve taken on new challenges that would be heresy for other online games based on the old rules - and by doing that these things that seemed out of the question in the past become the new standard. We call that innovation. If that can be done, I think we’ll see the real value to all of the work you’ve done creating this game over these long years.

Horii - Yes. I’d love for that to happen.

Iwata - Either way, people that work with Horii-san get to have a taste of some experiences that normal people can’t.

Saitō - I’ve already worked with him for many years, but there are still times when I’m amazed at each and every word he says during meetings.

Iwata - There are times you’ll be working and get this kind of experience that makes you think, “Ah!” - but when working with Horii-san, I bet you get that ten or twenty times more. And maybe because of that you’ll carry out tough requests that you wouldn’t otherwise.

Fujisawa - It’s okay as long as it’s going in the direction that Horii-san wants…. is it?

Iwata - Ahh, Horii-san’s talks are always so interesting. Thank you all very much for today. 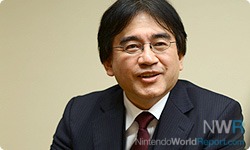