7. “Experiencing A Different Life, But Just a Bit”

Iwata - Well then, with “X” finally going out into the world, what kinds of things are you expecting to happen? Fujisawa-san, what do you think?

Fujisawa - Naturally I want people to enjoy the game, but I feel like one of the objectives for it is to have people meet other people, and find a place where they can feel at home. Normally they’d be playing games other than “Dragon Quest” as well, and watch movies, and go to school or work - that kind of every day life. But I feel like the ultimate goal for “X's” world is to become kind of like your favorite bar or coffee shop, some place you can go to where everyone knows your name, and they’re always glad you came.

Iwata - Like a place where you’re just really comfortable and always go to, that you’ve known forever. Saitō-san, how about you?

Saitō - It’s similar for me. It would be nice if people came and talked, not just about “Dragon Quest,” but even about things like, “So what are you having for dinner tonight?”, where stay at home mothers might have some time before the kids get home, so they send out invites - “Hey, wanna go take out some monsters?”

Iwata - So you’d like people to play along when they have some free time, without it taking over their everyday lives at all.

Saitō - Right. I’m not particularly hoping that people will get really hardcore into it and forsake everything else. That’s why I’d be fine with people talking about “Terry’s Wonderland” (※17) while playing “Dragon Quest X,” or any other game for that matter.

Iwata - Maybe down the road when “Dragon Quest XI” is out people will be talking about the world of “X.” Is that the kind of world you wanted to bring to life, Horii-san?

Horii - Indeed. I think the biggest type of play we have in life is “Being able to experience a different life, just a little.” That’s the case with movies, and I think that’s empathy. In that sense of “X”s world being a different world that people can go play in for a while, I think it would be fun if it could become one where you can kind of sense the presence of other humans. 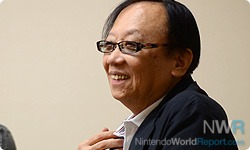 Iwata - Plus, each player is free to deal with human relationships as they please - they could make friends, or play alone - but that idea of providing a world where you can sense people is the theme of “Dragon Quest X.” I feel like the idea that there’s no one right way to play it is incredibly contemporary - fit for the times.

Horii - That’s also the case with “Joker” (※18) and “Terry’s Wonderland.” There’s various different moves and skills, and the player can put together their own special moves, which can then be countered by others. I feel like “X” is the kind of game where players will use their smarts to build something, maybe. We can always fix it later if we have to, so we’ll be able to handle anything that comes our way.

Fujisawa - I feel that it will live on for a long time specifically because we’ll be progressing forward with the players. Of course, we won’t know for sure until we start running the servers.

Horii - There’s way too many things that we just won’t know about until we’ve tried them in this game (laughs).

Iwata - In some sense does that mean that even you can’t predict how this is going to turn out?

Iwata - But on the other hand, here you are, excited because you don’t know how it will turn out.

Horii - Right. I am scared cause I don’t know how it will turn out, but that’s also part of the fun.

Saitō - Hey, if you say that then I’ll be even more worried, since I have to make sure it’s actually running!

Fujisawa - But, you know, we get opinions from all over the place, and it really give me the sense that “Dragon Quest” is loved.

Horii - Yeah, I really think so.

Fujisawa - This time in particular, the player’s opinions are coming to us directly, and every day I feel that scale of just how many people play “Dragon Quest.” 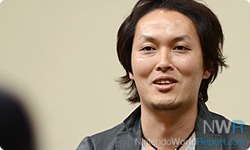 Iwata - Why is that?

Fujisawa - Hmmm… I wonder why…

Horii - Having played for over 25 years since “I” (※19), I think that everyone’s memories of playing are mixed in with accompanying memories of playing with their siblings, or talking about it in class. In other words, it’s a part of their memories. I’m very thankful for that.

※19 “I”＝The first ”Dragon Quest” for the Famicom. Released in May of 1986, its name became synonymous with the phrase “Role Playing Game” for consoles.

Fujisawa - Perhaps the only suitable word is “love.” And that’s why everyone backs us up.

Iwata - Actually, I think the biggest strength of “Dragon Quest” is that so many different people like the world. That’s why maybe “Dragon Quest,” having always used a different approach from others, will be able to pull off things that other online games can’t easily do.

Fujisawa - Looking at the forums, even when a more rowdy mood sets in, there’s lots of cases where lots of people start chiming in with, “You know, Dragon Quest isn’t like this,” and the testers tend to calm the situation down on their own.

Iwata - That kind of thing couldn’t be done without “love,” the root of which is those happy memories from playing over 25 years of “Dragon Quest.”

Fujisawa - Right. I think that is exactly what Horii-san has built up over the years.

Iwata - But what is it that has kept “Dragon Quest” relevant for this long? Nintendo also has a way of sticking around, but “Dragon Quest” has the kind of staying power that you’re able to pull off all kinds of things right at the last minute.

Horii - Well, we do make adjustments until the very last possible moment.

Fujisawa - You could call that Horii-san’s DNA… (laughs). I’ve had instances, even after we’ve submitted the master ROM where I’ve gotten replacement data, “Just in case we’re able to resubmit the ROM.” Some times that doesn’t even make it into the final product. That essence of Horii-san, that comes AFTER we’ve gotten the OK is a big part of it.

Iwata - Games really do change completely with those final touches. Sometimes the dev teams tell (Shigeru) Minamoto-San, “You’re gonna change it NOW?!”, “If we make that change we’re going to have to restart debugging from the top!”, and I bet that the same things happen with Horii-san as well. 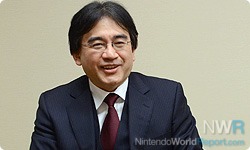 Fujisawa - Ah, he said that exact thing just the other day (laughs).

Iwata - Making that change at that point means that all of the debugging that had been done is totally meaningless, but to him that’s irrelevant.

Fujisawa - … Well, it would be nice if it had at least a little relevance for him (laughs).

Horii - Yeah, I get some push-back. (laughs)

Saitō - But the interesting this is that, even tough Horii-san himself is telling us “There’s no time!”, this guy (Fujisawa-san) will bring all of these little requests to the staff. Don’t you think that’s contradicting? (laughs)

Iwata - I think that a lot of the people that make things that sell have a problem giving up on things. Maybe that’s the secret to the staying power of “Dragon Quest.”

Horii - Right, being obstinate is important.

Fujisawa - Speaking of the secret to staying power, I have this one episode that’s the epitome of it - something I wanted to talk about somewhere, at some point. Back when we were making “IX,” there was a point when it had taken shape, and Horii-san said, “For tag mode, I want to be able to exchange treasure maps.” Originally the systems for Tag Mode and the treasure maps were completely unrelated, separate things.

Fujisawa - As the director, I told him, “Horii-san, that’s a bit too much to ask for!” But I think that Horii-san could foresee what would happen.

Iwata - Being able to make that connection at that stage and say with such certainty - that could only be Horii-san. But I’m sure that even you couldn’t have predicted that Masayuki’s Map (※20) would become such a popular thing? (laughs)

※20 Masayuki’s Map＝ Nickname for one of the treasure maps in “Dragon Quest IX,” where one of the floors only has Metal Kings on it.

Horii - True (laughs). My intention for linking the maps was simply that I wanted people to pass out maps to each other with bosses that they had leveled up, and to allow the creators of those maps to get famous. That really amounted to a lot of lucky things happening in succession.

Fujisawa - And it came out just two weeks after, as luck would have it (laughs).

Iwata - But if you had given up on getting that into the game, those miracles wouldn’t have happened.

Fujisawa - Creating things with Horii-san, that’s something that just can’t be matched.