Dragon Quest X, Part 2 - “You Don’t Have to Play Everyday”

Iwata - I feel like there’s no way that you’d be able to change it into an online game that everyone could play without dissecting each and every thing that’s considered common sense in online games, one by one. So you poured a lot of energy into that process for “X”?

Horii - Indeed. I think we probably assumed that a lot of people who had never played online games would join, so that’s probably what we focused on the most.

Fujisawa - Right. One thing I remember clearly was, because Horii-san was saying that, “I think I’d be able to play an online game with 4x2 main commands,” I felt pressure to make sure to do that (laughs).

Horii - I felt that the ideal would be a game where you start out thinking you’re playing offline, and then all of a sudden you realize “Oh, look at that - I’m connected online”.

Iwata - Of course, obviously other people are doing their own thing while that’s going on, so it must have made your head hurt thinking about it.

Horii - But “Dragon Quest” has a long history, so in some ways the grammar is already there. People that are already familiar with that can play new Dragon Quests without needing to read the manual. That’s why everyone worked hard to ensure the same could be said online.

Saitō - In response to the Beta Test version, there were a lot of people who said, “I didn’t think it would be so Dragon Quest.”

Iwata - But I’m sure it wasn’t as easy as following a straight line to reconcile the way “Dragon Quests” are usually made with what’s common sense in online games.

Fujisawa - Right. I’ve developed Dragon Quests for years now, but there’s no definition that’s easily put in words that describes what Dragon Quest is, or how you go about making a Dragon Quest. Do you have a definition yourself, Horii-san?

Horii - It’s like, the feeling, man. The feeling. (laughs) 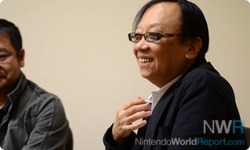 Fujisawa - I thought so. There’s also a lot of parts that I can’t explain in words, that I just go on feeling for - and that leads to trouble when I’m trying to explain it to someone.

Iwata - If it was that simple, anyone could do it. But even though many games try to be “Dragon Quest,” not a single one has managed it - and that must mean that “Dragon Quest” couldn’t be made with the approach everyone else has taken.

Horii - It’s not the rules. I don’t think it is, anyhow. I think it’s this little feeling.

Saitō - In all my meetings with Horii-san, I thought it was objectively amazing that the game turns into Dragon Quest through this layering of things that all come from this core feeling of, “If it’s fun, then it’s all good”!

Horii - Once the fun materializes, it’s also important to give it a “low barrier” to make that fun easier to get. I often play games and think, “This game was probably going for this type of fun,” but I feel like there are quite a few that don’t quite achieve what they’re going for. Like, players end up getting lost in a maze of trying to figure out what to do before they arrive at the fun. Or they make the player feel uneasy.

Iwata - Horii-san has this incredibly sensitive sensor to what people fear, and even after developing a game for a long period that sensor never dulls.

Horii - I think I’m a real scaredy-cat myself. That’s why I go all out in trying to make people feel at ease.

Fujisawa - For this title there’s a couple different processes you have to complete to begin the online portion, and Horii-san paid incredible attention to each and every word used in that explanation. Thanks to that it became overwhelmingly easy to understand, but I felt “Man, this is the part I’m most concerned about.” 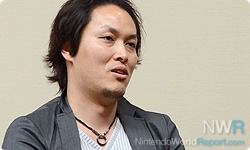 Horii - You know, players get pretty uneasy about a lot of different things.

Saitō - I don’t think there is anyone else like that.

Iwata - That’s why I think there’s a real possibility with this game that we’ll see people who have never had any contact with online games before, originally scared, join up and actually enjoy themselves.

Horii - There’s also little tricks we pulled to make sure people don’t get too wrapped up in it.

Fujisawa - That was a huge battle.

Iwata - To have the people making the game actually say “not let people get too wrapped up in it” (laughs). I’ve never heard of an online game promoting that kind of message.

Horii - So that people can get excited about the time they’re not online, and feel good about logging out (laughs).

Fujisawa - Right. In recent casual games I feel like there’s a lot where the game displays a message saying, “We want you to come back and play every day,” but “Dragon Quest X” is the opposite - we’re saying, “You don’t have to play every single day.”

Horii - To an extent, you benefit from not playing as well.

Fujisawa - Right. At the beginning Horii-san said, “I just don’t want it to be the kind of game where people play to the point that it destroys their lives,” so in response to that we made a couple specific systems. One of them is “Support Companions.” When you’re not playing, other players can use your character in their party, which nets you experience and gold.

Iwata - It’s a system where your character grows as if you were playing, even when you’re not.

Fujisawa - Yes. The second one is “Spirit Balls.” It’s a system that charges up during the time that you’re not logged into the game, and once you’ve reached a certain number of hours you can exchange that time for one of these items. By using this, the amount of experience and gold you get increases by a factor of two, so for people that can only play on the weekend, they’ve had saved up a lot of these Spirit Balls, and will be able to play all weekend with the 2x multiplier.

Iwata - In other words, “No need to regret your rest time.” Huh, I’ve never heard of this either (laughs). 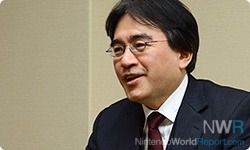 Fujisawa - The last is “Support Gold,” where, once you get to a certain point in your progress through the game, you begin to get gold every week afterwards. These three systems are the concrete result of our message that, “You don’t have to play every day.”

Iwata - On the other hand, there are going to be people that play a lot, so how do you balance it out between those people and the people that don’t play for long hours on end?

Fujisawa - We don’t balance it out, but to put it severely - we’ve changed it to our proposal that “You don’t have to play with people.”

Iwata - What? You don’t have to play with others?

Fujisawa - Right. In the end, I think the reason people stop playing with others is because one person in the group ends up getting behind, and feeling isolated or alienated. So, from the beginning we’ve decided to make X “an online game that can be played alone,” so those people can play as well.

Horii - I’m a shy person, so I’m not very good at getting close to others. (laughs) That’s why I played “FFXI” alone the whole time.

Iwata - There’s even a rumor that during the beta test, if someone tried to chase with Horii-san he would run away. (laughs)

Horii - But I like that you can feel the presence of people online. Which is why I think that the kind of light human relationships you get from the Tag Mode of “IX” (※8) make sense, from a contemporary standpoint.

※8 “IX”＝ ”Dragon Quest IX: Sentinals of the Starry Skys.” RPG released for the DS in July 2009. The ninth installment of the Dragon Quest series.

※9 Tag Mode＝ Transmission mode where players can exchange data by carrying their DS with them while the unit is in sleep mode.

Iwata - It can get too burdensome when you have relationships that are like, “Be sure to meet up at this time.”

Iwata - Sometimes it IS ok? (laughs)

Saitō - Horii-san would meet up with testers sometimes during the beta test, right? We were surprised to hear that.

Horii - Right, right - I had cleared this quest with that person, and they were incredibly touched.

Iwata - Horii-san… of COURSE that would be touching for them. (laughs)