Iwata - So what are your feelings as you try to get “Dragon Quest X” out the door to players, Horii-san?

Horii - I feel that it’s okay for there to be different kinds of “Dragon Quests.” This online “X” being one of them. My intent isn’t for the series to become online for good, either. My original interest in making “Dragon Quest” online all stemmed from a rather simple thought - that, “Maybe it would be fun if the characters that showed up in the towns of ‘Dragon Quest’ were real people?” Of course, we ended up suffering a lot to make that a game (laughs).

Iwata - The fun part of “Dragon Quest” is that you get to be the hero, so it’s a difficult problem to crack when everyone in town becomes the hero.

Horii - That’s why we have the Support Companion system for progressing alone, where you can borrow people’s characters when they’re not online, and even if you ignore the other players you can still proceed through the story. You have the choice to not get involved if you don’t want. I feel like that’s part of what makes it “Dragon Quest,” allowing people to be selfish like that.

Iwata - So, in the interest of letting players feel “this IS Dragon Quest,” you had to allow for more freedom in the game play.

Horii - Right. I was very particular about letting people shop alone in the town even when they were in a party in “IX.”

Iwata - No matter how you look at it, that’s making an online game. But, doing something off the beaten path like this for a mainline title, you’re suggesting to people, “Please recognize this as official,” so there’s some difficulty because of that.

Horii - Well, there is some pressure. Honestly, I’m sure it would have been easier if we had treated it as a spin-off (laughs).

Iwata - But it’s specifically because it’s not a spin-off, but a mainline title that players have so much anticipation for it in some senses. Naturally, there was some debate after “IX” came out, but in the end players recognised it for what it is.

Saitō - Come to think of it, if it was just called “Dragon Quest Online,” it may have become something different from what this “X” has become.

Iwata - The meaning behind the title “Dragon Quest X” is this resolution that, “Everyone who’s played ‘Dragon Quest’ up until now can join in without any worries. We’re sure you’ll be satisfied.” 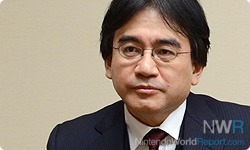 Horii - Right. Also, there would be a difference in motivation among the staff members between “X” and a spin-off.

Saitō - Ah, I think that was a big part of why we were able to pull through.

Fujisawa - Furthermore, we don’t want to have to say to past players of “Dragon Quest,” “Sorry, we’re going online this time.” The fact that it’s a mainline title is also us carrying our flag, saying that we’re making something that “Everyone who will want to play will be able to as always.”

※14 “Kids Time”＝This title requires purchase of a “Play Ticket” as an online service fee, but “Kids Time” is also being provided as a free way for children to enjoy the game without the need to buy “Play Tickets” during certain timeframes. “Kids Time” is scheduled for 4-6 p.m., Monday-Friday, and 1-3 p.m. Saturdays and Sundays.

Horii - Obviously we want kids to play, right? But I felt that it would have been really rough if they were told they couldn’t play because of the monthly fees. So, I conferred with everyone to see if there would be a way to make it free.

Saitō - Although we call it “Kids Time,” we don’t carry out any age verification, so there is a large amount of risk accompanying it.

Iwata - Because people can play for free even if they’re not kids.

Horii - If we did carry out some kind of age verification, there would probably be people who lie, right? I’m sure that people who do lie really don’t like to do it. So I didn’t want that. 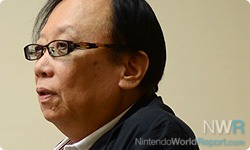 Iwata - … I want everyone to listen to this. THIS is what we’re talking about when we mention Horii-san’s special care for the player!

Iwata - No doubt that if you had to lie…

Iwata - And at that point the player already feels uncomfortable.

Horii - Right, I don’t think I would like it myself. Which is specifically why I thought, that’s no good.

Iwata - The uncomfortable feeling of not being able to approach “Dragon Quest X” honestly would probably win out over the feeling that, “I get to play without paying!” So, even if it was fun, it wouldn’t remain with you as an overall good experience.

Horii - Right. So I thought that everyone would feel better if we just said, “Between these hours it’s free for anyone - adult or child.”

Iwata - Although it’s called “Kids Time,” in reality it’s “Free Time.” But naming it “Kids Time” is because you want kids who wouldn’t be able to play because of that hurdle of the monthly fee to understand how fun it is, and then in the future, hopefully they’ll stick around for when they can finally afford to pay. That’s an incredibly challenging experiment.

Saitō - Yes, I’m really worried about how it’s going to turn out. What happens if everyone just plays during those times? (laughs)

Fujisawa - Right, we won’t know till we try it.

Saitō - We’re trying to make it as accessible as possible, so I do feel that I want everyone to play. We’d like to set those hours based on player feedback, so we may adjust them once we get running.

Iwata - You also put down your foot and declared that there wouldn’t be any Gatcha mechanics (※15). Was there a lot of debate internally about that? I remember seeing that in the press release and thinking, “This is certainly a manifestation of intent.” I felt like I was reading a declaration.

※15 Gatcha mechanics＝ As announced in the press release accompanying Square Enix’s press event announcing “Dragon Quest X Online” - while “Dragon Quest X” would require a separate monthly service fee to play after purchase, the whole world of “Dragon Quest X” would be available from corner to corner with that fee alone. There are no plans to offer additional “Gatcha” in-app purchase.

Horii - Hmmmm. There wasn’t really any debate was there?

Iwata - So from the beginning it was just, like, off your radar?

Saitō - Right, it was off our radars. As we were working with the impression that online provides a high hurdle in its own right, “Gatcha” became a popular topic in the industry, and we felt that it could provide even more danger of raising that hurdle higher. 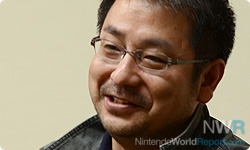 Iwata - The scary part is that people could get addicted and spin out of control.

Iwata - That’s why first, if they would even just try out “Kids Time,” you’ve prepared a world that should help them understand the value that’s there. On the other hand, you also declared that you wouldn’t implement any ideas that would exploit the people that get obsessed with the game.

Fujisawa - Right. We feel that “Kids Time” is a time meant to get people to like the game. You could also say that it’s time meant for having people see the world.

Iwata - This is an incredibly new experiment, and maybe it will become the new standard in the future.

Saitō - Also, one of the big reasons the monthly fee is exactly 1,000 yen is owed to the existence of Nintendo Points. Normally the market price for this kind of online game is around 1,300 yen, but at 1,000 yen you can get a month with just one Nintendo Point Prepaid Card (※16).

Iwata - Was there a lot of debate surrounding that?

Saitō - Nah, we decided it as soon as we saw the cards (laughs). The price was fixed fairly early on.

Horii - I thought it was just right that you could precisely the 1,000 yen on the card. It can be stressful if a weird fraction of that remains.