Iwata - I’d like to talk about the setting a bit - what’s the story that plays out when a player continues to the online world from playing offline?

Horii - First, while offline, you create two characters: you, and your sister or brother. Eventually you’re able to play both offline and online.

Iwata - At first there’s a certain amount of content that you can play even if you’re not connected to a network.

Saitō - The point isn’t to let people stay in that portion. But I think it’s successful as an introduction giving the scenario some momentum that will drive player’s expectations, and give them the push they need to go online.

Horii - Right. You also learn the controls. There’s some part that’s a bit different from what players have experienced up until now, but it’s made so that players can control based on feeling.

Iwata - It’s got “Dragon Quest's” grammar, but there’s some differences then?

Fujisawa - Yes. The battles in particular are different. This time the battles are real time, so I think the offline plays its part in letting the players slowly practice battling before going online.

Iwata - It must have taken a certain amount of time and energy to create this local-only portion.

Fujisawa - Right. I thought about proposing to Horii-san several times that, “Maybe it doesn’t have to be so content-heavy” (laughs), but then I’d think about how it has a role as making it easier for more players to try out the game and stopped myself.

Horii - But I didn’t think that it would be harder to create the online portion.

Iwata - What do you mean?

Horii - We originally created the game to be online, so we found out that the game would chug as soon as you went offline.

Fujisawa - To put it simply, it was created so that the processing would be split between the client and the server, and suddenly the client (the Wii) would have to handle processing of everything, making the game run slower. It was no small feat for the engineers to figure out how to remedy that, but eventually they made it so that it ran even better than the online portion. 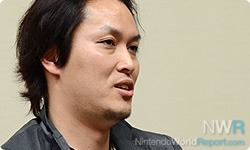 Horii - Usually you just assume that the offline would run smoother than the online, but it turned out to be the complete opposite, which surprised me.

Fujisawa - When Horii-san saw it I said, “Isn’t it amazing how it runs this well offline!” and he just looked dumbfounded (laughs).

Horii - Normally people wouldn’t think that the offline would be more difficult.

Fujisawa - Right. Just, please let me give these guys who worked really hard to fix something you really wouldn’t know one way or the other their moment (laughs).

Fujisawa - Right. If it wasn’t for him, I’m pretty sure we wouldn’t have been able to deal with it.

Horii - Also, there are some really small things with a lot of detail. Like, the sleeping She-Slimes, and the actions are really cute.

Fujisawa - We wanted to make it so you felt like “there’s a proper world here.” The believability collapses as soon as there’s even one place that looks like something no one’s ever seen before. We made it so that everything would be recognizable from corner to corner.

Iwata - The world is so lively specifically because there’s these little tricks you’ve implemented all over the place, so that when a player finds something that makes them think, "Even something as small as this!?”, from the player’s state of mind, before they know it, they get a big grin on their face.

Fujisawa - For instance, we have a monster sleeping in the sandbanks of a big river. It’s a place that players could never actually get to, but monsters that are active at night time sleep there during the day. It might not mean much from a game perspective, but by making each and every one of those little things I think it leads to a feeling that the world is alive.

Iwata - It’s that kind of play that incites the imagination, which fills in the rest for places where you haven’t done anything.

Fujisawa - Right. Every two months we would make something, and have the whole dev staff play with it, having everyone give their opinions. The that little detail of the She-Slimes sleeping was one of those things. (laughs)

Horii - Yep. The monsters have all different kinds of movement. It’s cute, they’ll even hide in the grass.

Fujisawa - Right. This “Dragon Quest” is the first one we’ve developed internally, and even we were surprised that they had such amazing skills at creating the animations.

Iwata - Indeed, once it became Square-Enix it did feel like more symbolic creation.

Saitō - The reason we decided to develop the game like this was that thinking of the operation that would be necessary after-the-fact to quickly adapt to player’s needs, we realized that it would be easier to develop it internally. 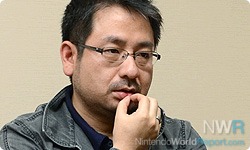 Iwata - That being the case, I’m sure there were plenty of people who were making their first “Dragon Quest.”

Horii - Maybe for about 95 percent it was their first time.

Saitō - Actually, this was my first mainline “Dragon Quest.” I had been involved in “Dragon Quest” content for mobile phones as a section leader, but I was of that 95 percent.

Iwata - What kinds of surprises did you find in making your first mainline “Dragon Quest,” Saitō-san?

Saitō - Just working with Horii-san was enough to keep my motivation high so I could work hard everyday, so I felt that it was a fun dash, rather than difficult.

Iwata - How much did your previous experience creating network games assist you for this?

Saitō - Having the knowhow for infrastructure made a solid base of me, but I had decided that I would leave the quality of play to Horii-san, so I thought that I’d be fine to just be the guy holding him up from behind.

Iwata - On the other hand, it was Fujisawa-san’s first time creating an online game - how did you go about getting everyone on the same page in a team where there were both people familiar with online games and those who weren’t, and people who had made “Dragon Quest” before and those who hadn’t? 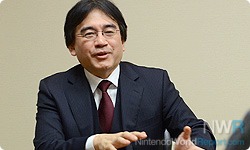 Fujisawa - To answer that I have to take the conversation back to even before the start of the project - when Saitō-san had suggested, “How about making an online ‘Dragon Quest’?” - after thinking about it long and hard, I actually turned him down.

Iwata - You had actually declined once.

Fujisawa - Right. Back then I didn’t really know online games, and felt that it would be rough to create something that I didn’t really understand the appeal of. I was told to try playing an online game for myself, so I played with Horii-san, and that’s when I realised it was fun. But I also realised that it must take an immense amount of time to find the fun.

Fujisawa - No, I would play in a party. But because I had a strict policy of not playing with people I knew, I was playing with people from other countries (laughs). Once I realised what was fun about online games, I was then about to somewhat get a grasp on what direction we would need to take to fuse that fun with the fun of “Dragon Quest.” I then shared my thoughts with Horii-san and we proceeded forward.

Horii - But I think the first time I was convinced of “X's” fun was when we began the Beta Test Version.

Iwata - I guess you can’t really get a feel on how to make something without precedent.

Fujisawa - Right. I think there are quite a lot of people that aren’t necessarily looking to be steered by the game, but when even those people said, “It’s different from the usual, but it still feels like ‘Dragon Quest,’” I breathed a sigh of relief.

Saitō - The response from the testers was good, and it was that night that we all confirmed with each other that it went well. The first day of the Beta Test Version the staff all gathered around Horii-san, and logged in on this big monitor. That image is burned in my mind, thinking, “Why am I so happy about this? It’s not even release day yet!”