4. A World of Fluttering “Thank You’s"

Iwata - How is the reaction to the Beta Test Version? This is the first time that you’re creating a game in this way, right Horii-san?

Horii - I’m actually playing the Beta Test Version myself, and all the while I keep thinking, “Ahhhh… It really is Dragon Quest” and “They did a great job making it.”

Iwata - So you yourself feel just how Dragon Quest it is as you’re playing it.

Horii - This may change the conversation a bit, but lately I feel like a real sign of the times is, even with social games and the like, wanting to be connected to everyone rather than playing alone. I feel like, maybe what was so great about “IX” in addition to being able to play while you’re watching TV or something, is that feeling of being connected to society.

Iwata - You could play while connected with the rest of society.

Horii - Right, and that’s why I think Twitter is so popular these days. Conversely, maybe everyone is lonely. In that sense, we’re still in beta, but I’m happy that “X” is this warm world.

Iwata - I can feel myself from the aura around the beta testers that they’re comfortable in this warm world.

Fujisawa - One thing that surprised me during the Beta Test Version - often in online games you get into the situation where two different players are trying to take one monster that’s spawned in the world. But in “X,” we have this function called “Cheer,” and the person who didn’t get to the monster first can cheer on the person that won out. And after that, that person goes about their business, with both parties having felt a net positive from the situation. It never occurred to me to use it like that.

Horii - I suppose people do it instinctively. And people also say “Thank You” and “You’re Welcome,” too. 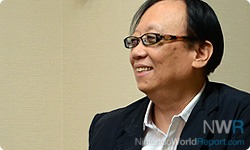 Fujisawa - Yes. A speech bubble pops up above the head of your character in the world, and everyone around you can see that speech, so even if you’re just walking around you see all of these “Thank You's” fluttering about. I wasn’t sure how the atmosphere of the world would change once players entered, but when we found that the world of “X” that the testers created was a world of fluttering “Thank You's," I thought, “Something incredible is happening”.

Iwata - Online games tend to easily get rough. That’s the reason they tend to have this scary image. Why do you think the Beta Test Version of “X” hasn’t gone that way?

Horii - I think it’s because we’ve pointed the game in a particular direction to an extent with the way we’ve made it. Making it easy to say “Thank You,” for instance, and done things to make the atmosphere of the game so that it doesn’t get rough like that.

Saitō - The visuals might be a big part of it, too. When you have these cute characters like the Pukuripo, it kind of staves off any cruel thoughts.

Horii - We’ve also established some shortcuts to phrases your character can say with just a little button press instead of needing a keyboard.

Fujisawa - Horii-san was very particular about those lines.

Saitō - And then “Jump.” You just kind of jump with a “boing,” there’s really no meaning to it, but in situations where you feel like saying thank you isn’t quite appropriate, you can just do a little jump, sending a nice little message to people.

Iwata - Without any words people can communicate that there is indeed someone with intentions on the other side of that screen.

Saitō - At first you kind of feel idle handed, so the impetus for that was that we wanted to have something where you could react just by pressing a button.

Horii - Yeah. I think the jump was a great idea.

Saitō - You just end up doing it without even thinking. Boing, boing.

Fujisawa - You just do it randomly.

Iwata - When you’re communicating with just words, you lose the tenor of your voice, and facial expressions and movements, so it’s not easy to express feelings. But taking that into account, the images of that world, and those little movements - all of it leaves an impression. 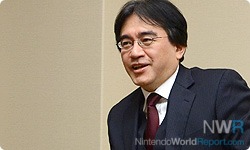 Horii - The dev staff also worked really hard to create a lot of different gestures. The “Invitation Dance” is really well done, and everyone ends up doing it. (laughs)

Fujisawa - Right. During the beta test period, as the phase ended everyone would get together in the town and start dancing naked for some reason (laughs). Ah, of course, they’re just taking off all of their equipment.

Saitō - Additionally, you’d get like fifty people who would all get on top of a flagstone and start dancing. It’s like, “Why is everyone choosing to get up here?!”

Iwata - Almost as if it was a stage. (laughs)

Fujisawa - All we’ve done is just implement the necessary systems, and the within that players invent new ways to play on their own. I wonder whether they’ll enjoy certain things we’ve offered.

Iwata - When playing alone there are things that players wouldn’t have played around and done, but just by providing the simple systems, with will and cleverness people invent new ways to play.

Horii - When I was young, there was this anime magazine called “Monthly OUT” (※10) that featured a corner for readers to submit their ideas based on a theme that the magazine provided every month. Although it might depend on the theme, you would always get a lot of different post cards sent in, and thing would always go in a direction you never dreamed of. That always made me think, “It’s amazing what happens when you get a lot of heads together.”

Fujisawa - Ah, that’s really true. Right now that’s exactly what’s happening with the forums (※11), realizing that we wouldn’t have made it if it wasn’t for that collective intelligence (※12).

※11 Forums＝ A bulletin board where beta testers can post about bugs and content requests for the game.

Iwata - I see. Collective intelligence has been added to Horii-san’s hospitality and blossoming into something completely different.

Fujisawa - But Horii-san has been like that forever. Don’t you think that it’s always been a matter of taking your want to be hospitable to people, and adding and integrating various other people’s opinions to create what you’ve made?

Horii - Well, I wonder. Hm… Hmmm…. Well, there are times when I don’t listen to other people at all, though. (laughs) Among one hundred different opinions maybe five are valid ones. So I tend to pick those up.

Iwata - That’s deep…five out of one hundred. But not everyone can always pick up the right five, and sometimes they might take a different, incorrect five, missing something important. But even if you’re asked, “How do you know which is which”…

Horii - There’s no way to answer. It’s just that intuition.

Fujisawa - It really is that intuition.

Fujisawa - I’ve been working with Horii-san for a long time, but he’s never really taught me anything by explaining with words. I’ve just picked up how I feel his intuition works. 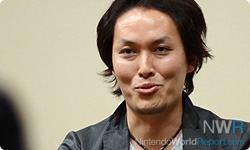 Horii - That’s passing (laughs). That’s plenty. I don’t think it would be possible to be right 100 percent of the time. That 20 percent that you’re off is probably something good that I don’t have anyways. 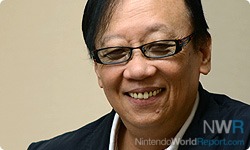 Iwata - There are times that you still surprise people.