Players will be able to watch the story's cutscenes in a two-hour movie-like presentation.

Metroid: Other M will boast a lengthy film as a special feature when it hits stores on August 31.

The film, unlocked after the game's completion, features all of the game's cut scenes and a few pre-recorded sections of gameplay in a two-hour presentation split up into DVD-like chapters. The pre-recorded... Read more...

Huge drop in profits compared to this time last year.

Sega released the official box art for Conduit 2 today, and it is saddled with prominent text that says it has "single, split-screen, and online combat."

Alongside the release of the box art, Sega also teased that more exciting information about the game is on the way. This could be anything from new content or a specific release date.

Lots of videos showcasing the early parts of Metroid: Other M.

As well as yesterday's trailer, a series of video clips from Metroid: Other M reveal the early areas of the game. There are seven gameplay trailers showing a mini-boss, the biosphere style "Sector 1", visor battling, and fighting in corridors. Cutscenes from the beginning of the game have also been released, showing the events that happened prior to the beginning of Other M.

Donkey Kong Country Returns Coming to Europe This Year, But No Kirby

While no specific release dates were given, Donkey Kong Country Returns, Flingsmash, and Wii Party are due before Christmas. Kirby's Epic Yarn is set for release in the first quarter of 2011, with Mario Sports Mix and The Legend of Zelda: Skyward Sword also listed for 2011.

Bloomberg's Japanese division has confirmed that Nintendo will reveal price and release date details on September 29 in Japan. This follows a telephone conversation between Bloomberg and Yasushi Hiroshi Minagawa, Nintendo spokesperson. Shipment targets for the fiscal year are expected to be part of the announcement.

Get ready to meet the cast.

Nintendo has released a new Metroid trailer on the game's Japanese website.  It features a rundown of the game's characters, as Samus docks aboard a space station and runs into some old friends.  The soldiers that she talks to are, in the order of their introduction:

Hitting Japan on November 4, the game's story is focused on a hero named Stok, who is on one side of a war that broke out because people in the world are suffering from "Sand Person Disease." In a fight, he is wounded, and is then transported to an alternate world. From then on, Stok must travel between the past and future of two worlds and try to create one good timeline.

Another country deems the DS storage devices illegal to sell.

The popular R4 cards, which are widely used to play retail DS games illegitimately, are now illegal to be imported, sold, or advertised all throughout the UK, according to a recent ruling by a British high court judge.

The official decision is that the card is illegal because it thwarts Nintendo's... Read more...

The Virtual Console looks to be getting another 16-bit Final Fantasy game.

Final Fantasy: Mystic Quest recently appeared on the website of the Australian Classification Board, meaning that it will likely soon appear on Virtual Console as well.

Mystic Quest, a simplified take on the Final Fantasy formula, was originally released by Squaresoft in North America in 1992 for... Read more...

Dragon Quest VI May Be Renamed for North America DS

A website registration hints at a name change for the North American release.

Square Enix's DS remake Dragon Quest VI: Realms of Reverie, previously unreleased in the West, might be updated with a new name when the game arrives on North American shores.

The website "realmsofrevelation.net" has been tied to Square Enix CEO Yoichi Wada, leading to speculation that "Realms of... Read more...

The game's producer says it will be a pure Street Fighter game through and through.

This week's Famitsu features an interview with Yoshinori Ono, the Producer of upcoming 3DS title Super Street Fighter IV 3D Edition.  He revealed some interesting tidbits about the game's development.

Ono states that while the PSP and DS systems were considered for a port of Super Street Fighter... Read more...

Starting around July 7, players began to experience problems with Jam with the Band's Song Download feature.  When working properly, this mode allows game owners to download up to 50 user-created renditions of licensed songs over Nintendo Wi-Fi Connection.  The problems were finally resolved on July 26.

Eiji Aonuma is excited to bring The Legend of Zelda to 3DS.

In an interview from the latest issue of Official Nintendo Magazine UK, Eiji Aonuma speaks on the possible enhancements that 3D technology could bring to the Ocarina of Time remake for 3DS.

Aonuma states that 3D, in combination with the 3DS's other new elements, are a perfect fit for the Zelda... Read more...

n-Space returns to the series on DS for the fourth year in a row.

The latest game in the Call of Duty series, Call of Duty: Black Ops, is also coming to DS, according to IGN.

Developed by n-Space, who worked on the past three Call of Duty DS titles and are also working on GoldenEye DS as well, Black Ops boasts tons of new features, including a new two-player co-op mode, a Perks System in online multiplayer, and a new button-focused control scheme. 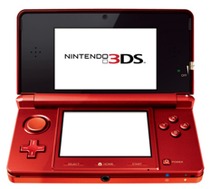 A number of trademarks registered by Nintendo in Japan have been uncovered, with the majority expected to be related to 3DS connectivity.

CrossPass, CrossPass Mode, CrossPass Network, and CrossPass Connection are the registered terms that have been discovered. It is speculated that these terms... Read more...

One for Virtual Console, to the depths with Dive: The Medes Island Secret, and up in the air with Face Pilot.

As Nintendo described, this week's Virtual Console/Ware takes us high up into the air, back onto solid land, and deep into watery depths. All this and more, from the comfort of your own home.

As we have a sighting of a Virtual Console release, what better place to start? The rumoured Aero The Acrobat,... Read more...

Sakaguchi on Working with Nintendo on Last Story Wii

In his online blog, Hironobu Sakaguchi posts about his visit to Nintendo in Kyoto. 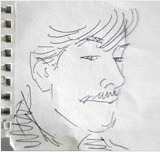 In his latest entry on the development of Last Story, Hironobu Sakaguchi talks about a four-day training camp held at Nintendo's old office buildings in Kyoto.

He writes of nostalgic feelings returning to the company's offices after 20 years have passed (his early days in game design were sometimes... Read more...

For the second year in a row, Nintendo has awarded the largest summer bonuses to their employees compared to all other Japanese companies. In a survey by Nikkei (Nihon Keizai Shimbun), on average for Japanese industry in general, summer bonuses are up 0.75 percent from last year, while for Nintendo,... Read more...