Users will be able to share their training data with other players. 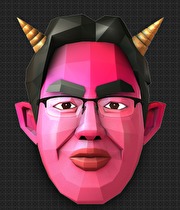 While the intent of the original Brain Age titles was to keep people’s brain function from declining, Oni Training focuses on “working memory” and attempts to engage the user to develop and improve the functioning of the brain. Oni Training is scheduled to be released in Japan on July 28 as a retail and digital download. There is no word on a Western release yet.

Seems like good ideas, the problem however is that smart phone Brain Training clones are cheap or free Nintendo has to really step it up to make this game worthwhile and having demonic coat of paint is not enough.

That is a LOOONG name!

It's retailing for 3,800 yen here in Japan and I've seen it for as low as 3,100 on Amazon. It's a "budget" priced title, similar to how Guild 01 was, too. This type of stuff can fly in Japan, but there is no way in hell they're going to make the game over $20 in North America (or 20 Euros in Europe). When the original came out, $20 for this kind of game was worth it. I'll buy it (for 3,100 yen), but I'm pretty sure my feelings about this game aren't reflective of most Western-born gamers.

I agree that Brain Training-type games have gone the way of iOS...  so I'm curious how Nintendo makes this relevant and worthwhile. Still, the charm of the original Brain Age games far out weight that of other similar types of games I've seen elsewhere, so I'll willing to check it out. Perhaps it gets a Weekend Download sale??