2020 Vision: One Man’s Predictions For The Year In Nintendo

After a lot of meditation and testing, I’ve finally come up with the obligatory 20 predictions for the year ahead. And as always, all predictions wrong or your money back. (Note: Refunds may take 7-10 epochs.) 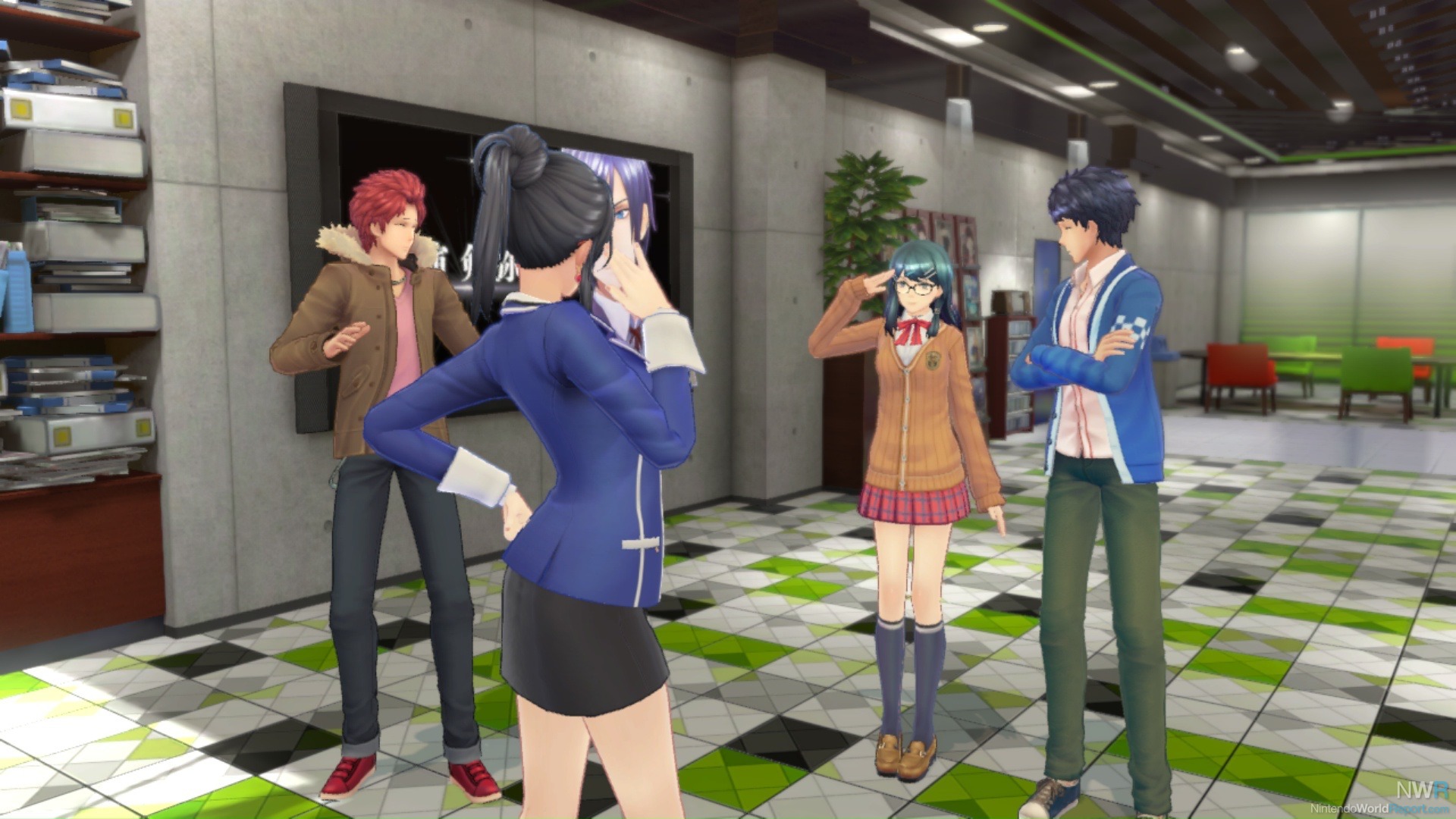 Entertainment is my business. And business is booming.

Tokyo Mirage Sessions Encore will outsell the Wii U version by at least 5-1.

We have known sales figures that suggest the original release of Tokyo Mirage Sessions #FE sold about 100,000 copies worldwide in its first release. But that was a release on a platform where the number of non-Virtual Console RPGs could be counted on one hand at the best of times. Add in the fact that Nintendo is actually doing promotion for the game this time, and the second best Persona game ever made should at least do respectable numbers.

The only multigame Directs this year will be January, June, and September.

That’s not to say there won’t be other presentations during the year from Nintendo: there should be a few Indie Worlds, a couple of game-specific shows, and Sakurai’s explanation presentations for Smash characters. June and September are de rigueur for the generation, but January is here solely because the Fighter’s Pass has always been promised to end in February 2020 and they like to have a little hype before dropping the character later.

As for a date for the first show of the year, the release schedule for the week of January 23 looks particularly barren (as of press time Nintendo have two games scheduled) so there’d be plenty of room for the usual shadowdrops if it holds. The timing of their next earnings update (January 30) may throw a wrench in that, however.

Breath of the Wild 2 will not release in 2020, but it will be Nintendo’s sole public E3 game.

We’ll get a date (likely at E3) for “Death of the Wild” but given what the original did after coming out in March, I think Nintendo may want to achieve something similar. Plus it gives them an excuse to go back to a 2019-style fiscal Q1. It’ll also dominate the E3 booth like the original as Nintendo needs a hook to compete with the PlayStation 5 and the Xbox Series consoles, so go all in on Zelda (plus less than half of Nintendo’s remaining 2019 lineup was playable last year at E3: Marvel Ultimate Alliance 3, Link’s Awakening, Luigi’s Mansion 3, and Pokémon). Treehouse Live will likely devote time to the rest of the lineup (on days 2 and 3), including a big Poke-chat similar to E3 2016 where they talk about Sleep and (see below).

There will be a Mario game released in North America for the 33rd straight year. To Donald’s irritation, it’ll be Super Mario Party 2.

The last time Mario took a year off, I was going to preschool, so why stop now. As for the game itself, though a Mario sports title or a 3D World remaster isn’t out of the question the baffling decision to not games-as-service Super Mario Party necessitates a sequel. Tragically. The fact that this year is the 35th anniversary of Super Mario Bros makes some sort of Mario release even more likely/necessary. 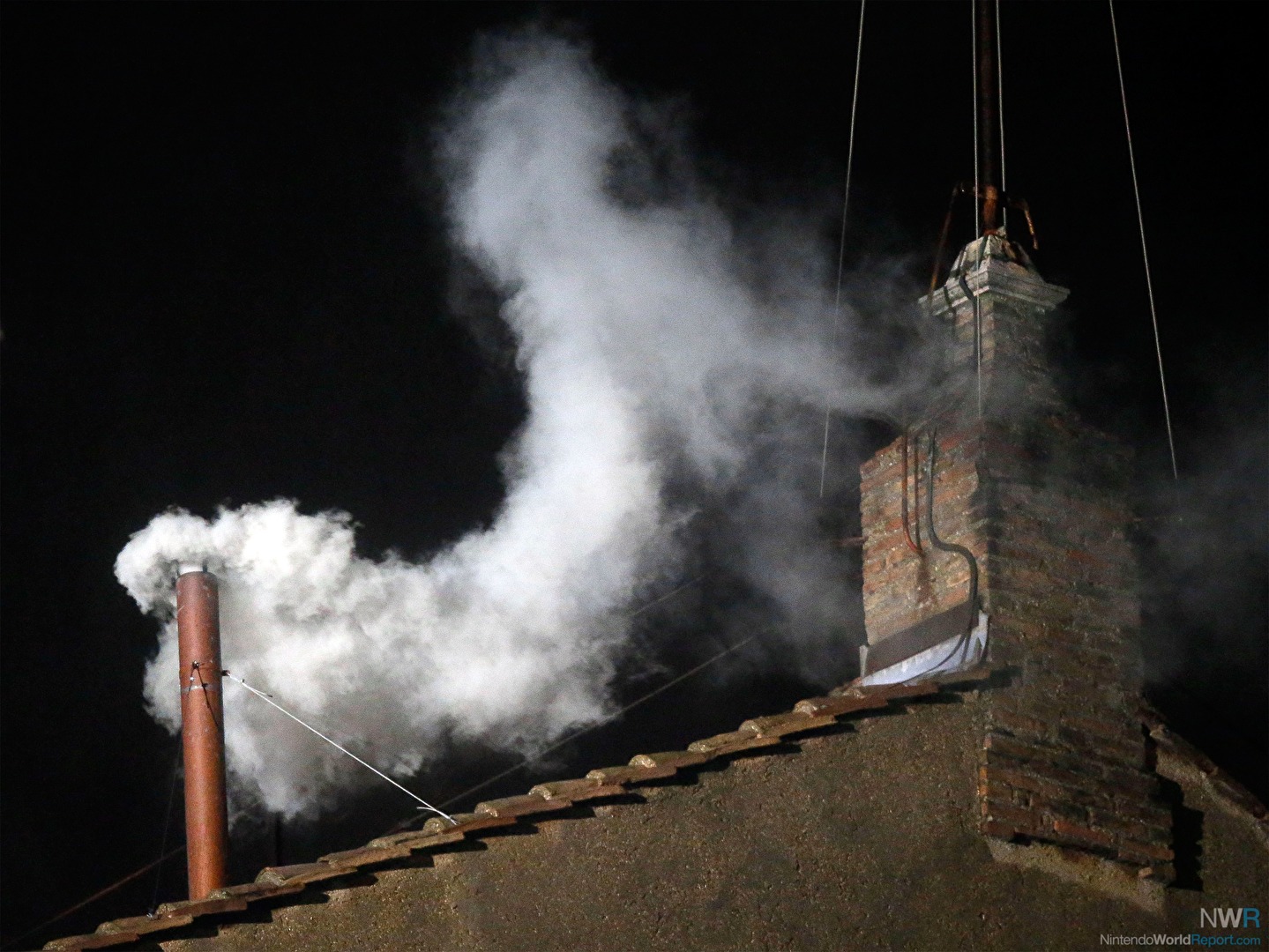 NWR’s 2020 Game of the Year is not currently announced.

There’s a lot of unknowns around the Switch lineup right now, but with Zelda likely slipping to 2021 the field is the betting favourite right now. Two caveats: I’m not considering Xenoblade Definitive or TMS#FE because they’re re-releases, and Skatebird looks awesome.

The voucher program will come back, but North America will get shafted again.

One of the biggest drivers of Nintendo’s growing digital revenue is the voucher program introduced last May. All regions but North America kept the program running after the July 30 deadline, and we’ll find out this year that they’re going to reoffer the program. And I won’t be able to buy as many as I need before NoA ditches it again to try and preserve retail relationships. 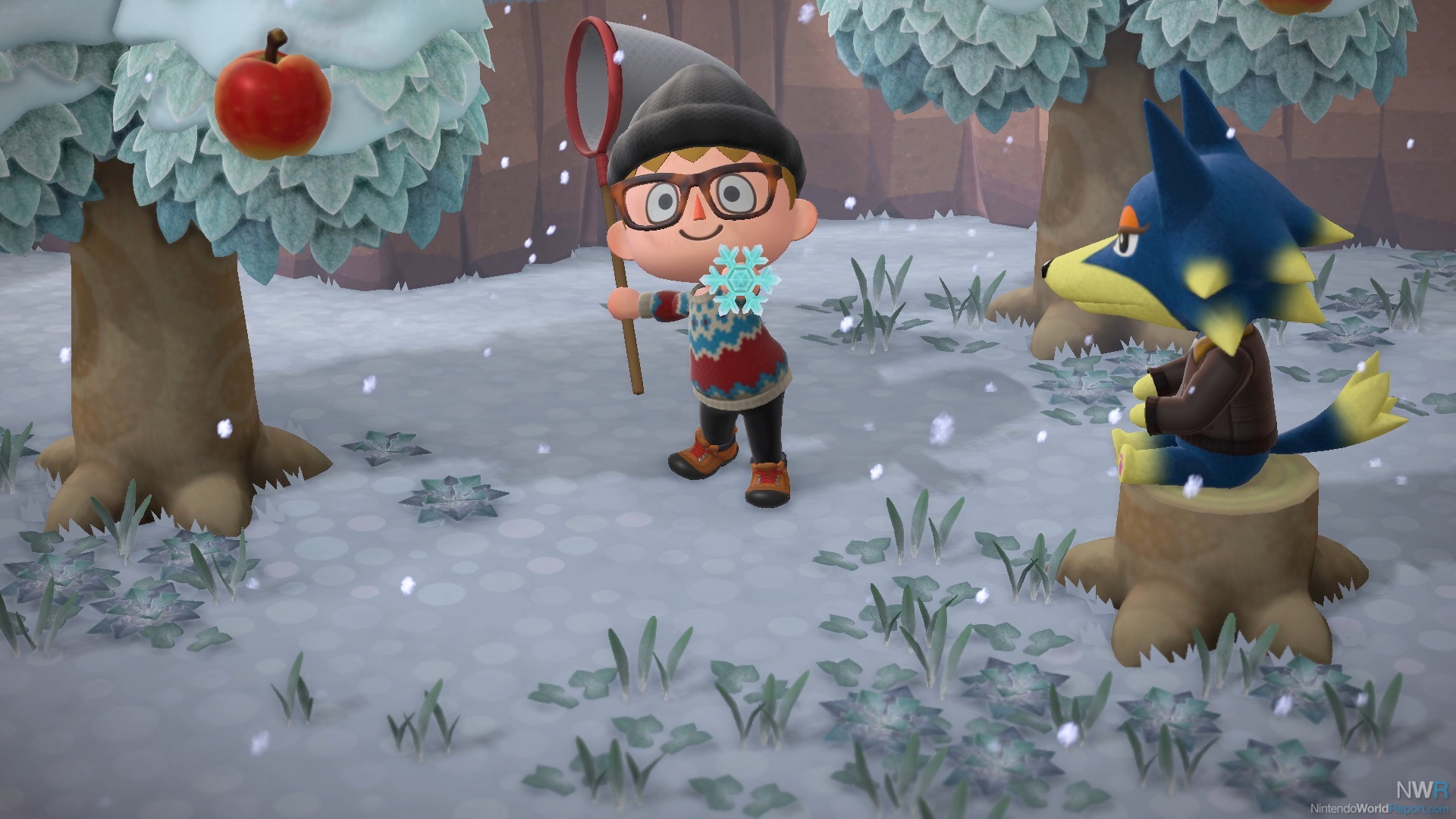 What if it snowed on a deserted island?

Fire Emblem: Three Houses and Pokémon Sword/Shield were the latest traditionally (or recently) handheld franchises to do huge numbers after coming to the Switch. 3H is about to become the best-selling Fire Emblem ever. With that, Animal Crossing is going to have high sales expectations… and New Horizons will breeze by.

Final Fantasy 2/4 and 3/6 will come to the SNES library for Switch Online, killing any chance of remakes.

It seems like such a cinch to use the Octopath Traveler engine for a remake of the classic Final Fantasies, but Square is laser focused on getting the entire FF7 remake out before the PlayStation 7 and the team that would do a 2D RPG is working on Bravely Default II. To throw us a bone, we’ll get the classic versions of the SNES FF games as part of the online service. (And Japan will get FFV too.)

Bayonetta 3 will launch in October.

2020 is the 10th anniversary of the franchise in the West, and the Xbox One/PlayStation 4 re-releases can’t be the only love the series is going to get. There was also about a two year difference between the announcement and release of 2, and Platinum’s Bayonetta team has been working on it since Nier Automata came out in 2017. And Platinum's New Year's card promised a "big 2020". The Luigi’s Mansion slot seems like the obvious place to bring B3 out.

Objects at rest tend to stay at rest. Remember the words of Takahashi when the reboot of development was announced: “This change will essentially mean restarting development from the beginning”. With Nintendo’s focus on the here and now, an August 2021 at the earliest release isn’t going to get any attention this year.

Bravely Default II will avoid the biggest sin of the original by launching its lecherous character into outer space. (Also there won’t be a time loop.)

And when it comes to Ringabel, nothing of value will be lost. In all honesty, sticking the name Bravely Default II on a game is going to create certain expectations and if there’s a time loop, heads are going to roll.

Xenoblade Chronicles DE will include an extra scene in the ending that ties into another Xeno- game.

Monolith Soft loves their mythology gags, and Shulk / Fiora were playable in Xenoblade 2 eventually. Though I’d lose my mind if it set up a Xenoblade X Definitive Edition a year or so down the line.

Preordering No More Heroes 3 will get buyers a code for Travis Strikes Again.

The power of Suda demands it. There hasn’t been a lot of attention given to the spinoff indie game, which leads me to believe that it hasn’t done well even when being included in multiple game sales. 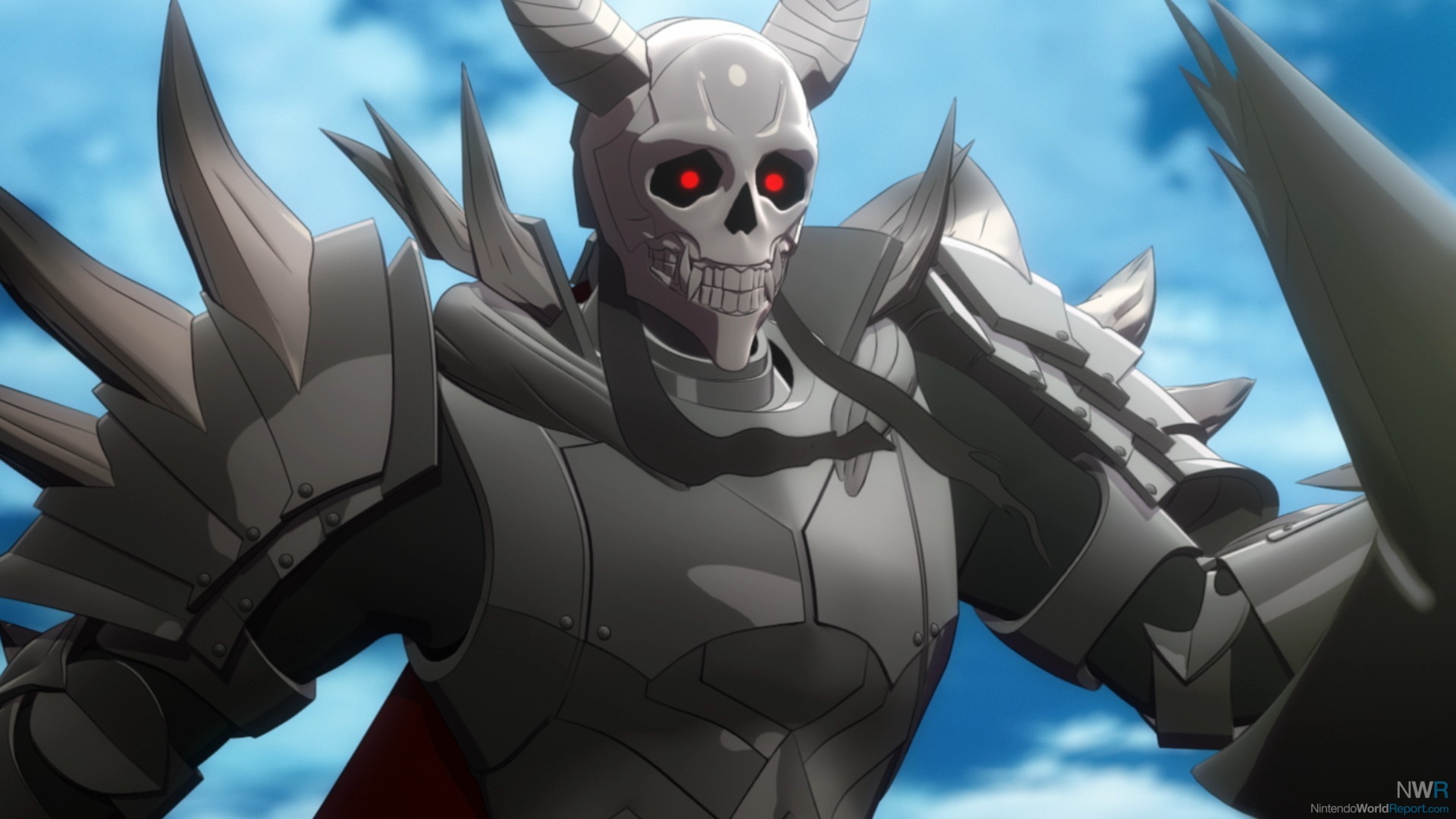 This is who the fans will send in if the last 3H DLC is bad.

Three Houses’s final DLC will include a “golden ending”, and fans will rightfully riot over key story content being sold separately.

The only hint of the contents for the final pack of Three Houses DLC is references to the “underground”, an area under the monastery. I can easily see that being something that uses units from all of the houses as they try and eliminate the behind-the-scenes threat once and for all. But if that’s part of the paid portion of the update, the howls of protest will be loud AND justified. Tread carefully, Intelligent Systems story writers/Koei Tecmo.

Not only will there not be a new mobile project from Nintendo, Dr. Mario World will stop updating.

Nintendo’s mobile ventures are continuing apace right now - Mario Kart Tour just completed its multiplayer beta, and Fire Emblem Heroes finally understood the concept of Christmas. There haven’t been any rumors of a new mobile project since the Zelda project a couple of years ago, as well. Throw in gacha regulation and the sheer amounts of cash Switch is bringing in and mobile will likely end up on the backburner in 2020.

Nintendo also announced the shutdown of the Animal Crossing: Pocket Camp LINE account, which makes me wonder if there’s something fracturing in the relationship between Nintendo and the developers of Dr. Mario World. World is already scraping the bottom of the barrel with characters (Dr. Dry Bowser?) so a stop to the game updating or even a full shutdown are possibilities in 2020.

The Switch version of Doom Eternal will hit in November.

The cynical me thinks it’ll hit just in time for the PlayStation 4 and Xbox One versions to be $20 on Black Friday. The realistic me knows that trying to take a game more complex than Doom (2016) and cramming it onto the Switch, which was in itself a near miracle, will definitely need a lot of time. So it’ll come in HOT in November.

Although new Joy-Con and Lite colors will come out, there won’t be a “Switch Pro”.

The revised Switch and the Lite seem to be the two models of Switch that the Wall Street Journal reported on last year, and with the competitors launching new hardware it would behoove Nintendo to try and stand out on price. (You will be sick of E3 2006 references by November for both PS5 and Xbox Series X.) If there’s going to be a Switch Pro/Switch II/what have you, that seems like a late 2021 or 2022 release.

The obligatory Pokémon game is going back to Sinnoh.

Hopefully they remake Platinum as opposed to Diamond and Pearl, because of a) the Battle Frontier and b) the Pokémon selection in the latter is horriawful. It’s horrible and awful.

The second wave of Smash DLC will be first party focused, starting with Edelgard and Rillaboom.

I’m not going to attempt to predict who Smash DLC #6 will be, beyond echoing the prediction of former NWR staffer James Charlton that they’ll be a Caucasian male from a game developed by a Japanese third party. But with new DLC confirmed following the completion of the pass, we’ll start to see first party content with a Three Houses character (Edelgard winning on worldwide popularity) and completing the recent Pokémon starter triangle.

The next Nintendo/indie collaboration will be a Shin’en Multimedia developed F-Zero.

And it’ll bring back the original battle royale game: Death Race. Where we droppin’ - Mute City or Port Town? Because if anyone can pull off 100 cars on a race track, it’s Shin’en.

I hope youre right about Bayonetta 3. I really want to play that.

That's a twist I didn't see, but absolutely want.

These seem like pretty thought out predictions, it'll be interesting to come back in a years time

Somebody bookmark this for a year from now.

It’ll also dominate the E3 booth like the original as Nintendo needs a hook to compete with the PlayStation 5 and the Xbox Series consoles, so go all in on Zelda (plus less than half of Nintendo’s remaining 2019 lineup was playable last year at E3: Marvel Ultimate Alliance 3, Link’s Awakening, Luigi’s Mansion 3, and Pokénon).

I laughed at this typo because I assume it was an intentional jab at the national dex thing.