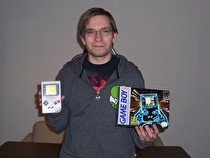 It was a few days before Christmas in 1990 and I was sitting on a train with my parents. This wasn’t an ordinary train ride; instead, it was specially decorated with festive Christmas goods. This holiday train also included some staff members dressed up as elves and a Santa.

It wasn’t long before a somewhat drunk Santa came up to me, at the age of five, and asked, “What do you want for Christmas?” I answered, “A Game Boy!” Santa then replied with a hearty, “OK!” before moving along.

I don’t remember the train ride at all, but I’m now told a Game Boy was not one of the many gifts that “Santa” was going to be bringing me that year. All that was on my fathers mind was, “Crap!”

So I wake up Christmas morning, excited to get a Game Boy. I tear through all my gifts and not one is a Game Boy. I see one more and just know it has to be there. Sadly, my heart was broken; there was no Game Boy under the tree for me.

I remember taking it easy at first. However it didn’t take long for me to burst out in tears. The one item I wanted most and Santa didn’t bring it for me. How could he?

My father then read me a letter that Santa left. I don’t remember the specifics, but apparently Santa had misplaced a gift. Then I got mad. Santa had basically told me, in a nice way, that he had lost my Game Boy. However, after a half hour my father asked me if I saw something strange in the fireplace.

I went over, and saw one more wrapped gift atop the soot and ash. I opened the fireplace up and looked frantically for my name. It was for me. I tore that thing open and it was my first Game Boy! 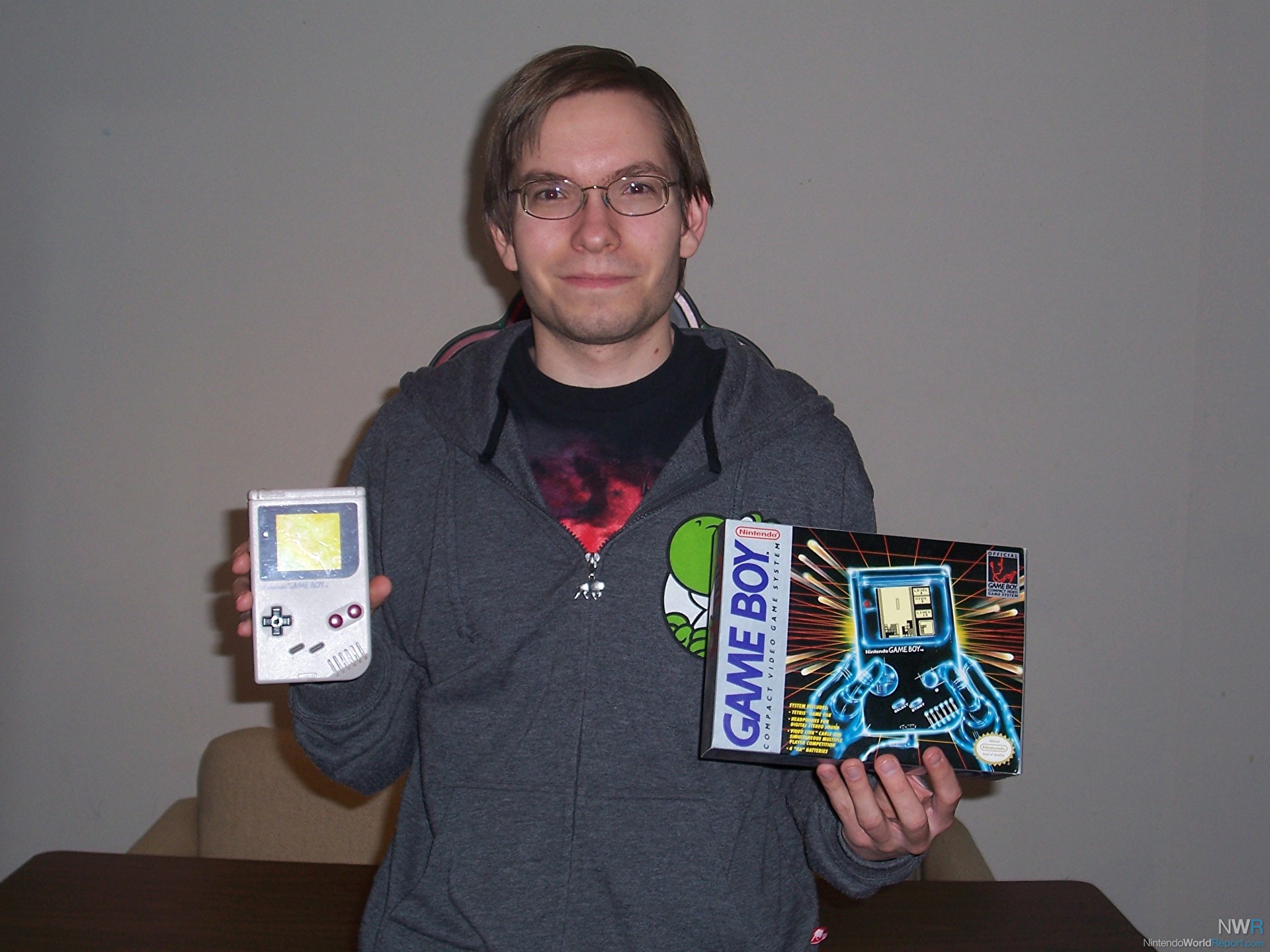 Years later, I learned that my father called all over the place looking for a Game Boy before it was too late. He then found the last one in a nearby Kmart. I’m glad he did because my Game Boy is, without a doubt, the best and most memorable Christmas gift I have ever received.

New Game Boy's also had a specific smell that I will never forget. It was a great morning full of Tetris.

New Game Boy's also had a specific smell that I will never forget. It was a great morning full of Tetris.

Don't you just love the smell of Tetris in the morning. :)

this is why I want to have kids.

I have a similar story with the GameCube (I've told this on Connectivity at least once).

I knew I was getting one for Christmas, to the extent that I even bought a memory card to give to myself (my parents did not understand the concept of a memory card). However, I unwrapped all my gifts, which included a GameCube controller and three games. My dad gave me arcane treasure-map-like directions that led me down to the basement. The GameCube was wrapped and stowed in a nook in the basement. Instant fond and warm Christmas memories.

That's how I felt when I got the SNES, (I think it was back in 1992). Ahhhh, playing Super Mario World, RoboCop vs The Terminator, and my favorite at the time, MORTAL KOMBAT!!! I played nearly 12 hours straight! More than 70% of the time was playing Mortal Kombat. That was the BEST Christmas I ever had!

I got my Game Boy as a present back in the day but the SNES was something I had to buy myself. I saved up all the money I got from relatives for my birthday and christmas and then finally bought it, it came with Super Mario World and the Super Game Boy. I recall being so damn excited that I was finally going to have a console myself, most of my friends had them but I was stuck with my C64. I found the idea so unbelievable that I believed fate would make me screw up and drop the SNES and break it or something. I also recall years later buying Yoshi's Island in the same store and being disappointed by the game. It felt like a step back compared to SMW with its world map and stuff.

That's a good story and gave a big smile , the rest of the staff should share Christmas stories

The best gifts are the ones you just don't expect...

When I was... 12, I guess (must've been 1999), I wanted The Legend of Zelda: Majora's Mask really bad. My parents wouldn't let me buy though. When I unwrapped my presents that christmas, I found the game – but as it required an Expansion Pak, I was immediately dissatisfied. I was telling my parents I needed this "thingie" (my parents are part of a generation that hasn't been in touch with technology much and they don't quite my fascination with video games), but they told me to "just go on". To my surprise, another present contained Donkey Kong 64 – which came with the Expansion Pak.  ;D