Nintendo's 3D handheld can now be reserved at stores nationwide. 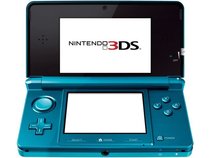 Video game retailer GameStop has started accepting pre-orders for the 3DS, according to several retailer reports.

The pre-orders started on December 26, the day after Christmas. Players that decide to reserve the system will have to put down $50 minimum (though sources at NeoGAF state that the minimum is $25 in some stores).

Nintendo has revealed the line-up of 3DS games that will be available at their Nintendo World 2011 3DS demo event.

Taking place from January 8 to January 10 at the Makuhari Messe Convention Center in Japan, this event marks the first time the 3DS will be presented towards the general gaming public. 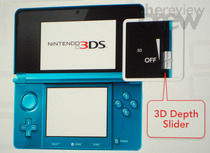 Nintendo advised that children under the age of 6 shouldn't play the 3DS using its 3D settings as they confirmed the lineup of games for Nintendo World 2011, an event in Japan from January 8 to 10 where the 3DS will be playable by the public for the first time.

Karnov is here to hurt people.

It's the last Nintendo Downloads of 2010, and the year is going out with a bang. This week we have two WiiWare releases, one WiiWare Demo, two NEO-GEO Virtual Console releases, and three DSiWare releases.

The first WiiWare title is chick chick BOOM, which turns the statement about ending the year... Read more...

A new generation of Pokémon arrives in North America this March. 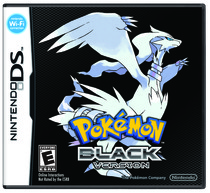 Pokémon Black and Pokémon White are coming to DS in North America on March 6, 2011.

The pair of games feature more than 150 new Pokemon as well as a brand new area known as the Unova region, which is based off of New York City, to explore. Each game has their own unique legendary Pokémon to obtain as well as unique areas to explore.

Retail version of the title not likely either. Update: Cancellation due to size limit on WiiWare.

Super Meat Boy developers Team Meat have announced on their Twitter page that the WiiWare version of their title, the first platform for which the game was announced, has been cancelled. The game has seen many delays due to WiiWare's size restrictions, forcing the team to move the game to Xbox Live Arcade and PC where it has received critical success.

The Rock Band developers will continue to support Rock Band 3 and are working on "some unannounced projects."

The entertainment giant Viacom sold Harmonix, the developers of Rock Band and Dance Central, to Harmonix-SBE Holdings, which is owned by Columbus Nova, an investment firm that manages more than $10 billion of assets.

Harmonix, which was bought by Viacom in 2006, will go back to being an independent... Read more...

Game will launch on XBLA next summer, with the WiiWare version following in the fall.

Originally expected to release near the end of this year, Retro City Rampage has been delayed on WiiWare until fall 2011. The Retro City Rampage developers announced that the game is also coming to Xbox LIVE Arcade first, in summer 2011, and will include additional HD and Xbox LIVE content.

Europeans can win the chance to play the handheld next month at the preview event.

Official Nintendo Magazine have announced a contest for two readers to win the chance to attend the Nintendo 3DS preview event in Amsterdam on January 19 for hands-on time with the console. Entrants must submit a review of 400 words or less for any Nintendo game released in 2010.

Everything is coming to 3DS RumorWii

The next Golden Sun, No More Heroes, and Castlevania could be on the 3DS.

With the Japanese gaming market being dominated by handhelds, it comes as no surprise that rumors of sequels to major franchises, previously portable or not, will be coming to the 3DS.

This newest batch of rumors includes the possible release of a new Golden Sun, a 3D Castlevania, and an entry in the No More Heroes series.

Reggie Fils-Aime will travel to New York City to tell us about the upcoming handheld.

Nintendo is hosting a Nintendo 3DS press event in New York City on January 19. The event, kicking off with a presentation by Nintendo of America President Reggie Fils-Aime, will reveal more details about Nintendo's newest system, potentially including a North American release date and price.

Mario and the gang will be four-sport heroes in early February.

The Square Enix-developed Mario Sports Mix will be coming out in North America on February 7, according to Nintendo.

While I sometimes contemplate making up the week's downloads on the spot to provide more interesting commentary, on occasion the subjects spanned by the download games have more variety than anything I could come up with, as this week sees a Virtual Console title, two WiiWare games, and four DSiWare entries.

The game will make its stateside debut this February.

Originally released on the Super Famicom in 1995, this DS remake marks the first time the game will be released outside of Japan. It is the third in the Zenithia trilogy, which began with Dragon Quest IV and V, both of which had DS remakes in 2008 and 2009 respectively.

A number of retailers have the Square Enix-developed title listed for release during the first week of February.

Mario Sports Mix might be heading to North America during the first week of February if a number of retailers are correct.

The Wii's next big first-person shooter will be available in the middle of February.

Conduit 2 is coming out on February 15, 2011, High Voltage confirmed to IGN recently.

The sequel to 2009's The Conduit, the game was originally supposed to come out in late 2010, but it was delayed to early 2011 for unknown reasons.

Konami has launched the official website for Doctor Lautrec and the Forgotten Knights, an original adventure game for Nintendo 3DS.

The story is set in 19th Century Paris and stars Doctor Jean-Pierre Lautrec, the genius archaeologist who loves to solve mysteries, along with his student assistant... Read more...

3DS Cartridges Could Store Up to 8GB 3DS

The memory size for Nintendo 3DS cartridges will range from one to eight gigabytes, reports major Taiwanese newspaper China Times.

Macronix, the largest worldwide ROM product manufacturer, and also the largest supplier of ROM chips for Nintendo, has completed a production line for 1GB to 8GB ROM... Read more...

The second in Nintendo's party game series is coming out in North America on December 20.

Mario Party 2 is coming to Virtual Console in North America on December 20, according to Nintendo of America's Twitter.

The tweet reads: "Holiday Treat: You’re hearing it here on Twitter first! Mario Party 2 (N64) will be available for Wii via the Virtual Console on Dec. 20!"

This tower defense game is based around protecting an incubator from attackers.

The game, available for 500 Wii Points, is all about protecting an incubator from attackers. Using different weapons, players must switch between two different areas of the incubator by shaking the Wii Remote.