Strong support from Japan could be what Nintendo needs (or gets regardless) in 2014. 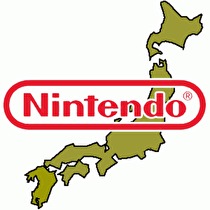 As you are probably well aware, Dragon Quest is an insanely popular IP here in Japan. In February, the next title in the series, Dragon Quest Monsters 2, is set to release on the Nintendo 3DS. I don’t think it’s going to stop there either. Square Enix has (well, appears to) used this same engine for what would be three Dragon Quest titles on the 3DS. I highly expect an announcement for another title coming to the system. It will more than likely be a remake of an older game, but it is definitely possible that this could be a new entry into the mainline series. As for Dragon Quest X, I don’t expect that gamers outside of Japan will ever have the chance to play it.

Seeing as Grezzo hasn’t been doing much over the past couple of years outside of Flower Town in the StreetPass Plaza, there has been plenty of time to craft a remake of The Legend of Zelda: Majora’s Mask on the 3DS. The engine was already made with Ocarina of Time 3D so this almost seems like a no brainer. I wouldn’t be surprised to see Majora’s Mask 3D hit this summer right around E3.

It’s kind of an understatement to say that the Wii U is not performing very well globally. Despite this, Nintendo will hopefully go back to the well of franchises that have been out of the loop for a while and put them on the Wii U in 2014. A new Star Fox, Metroid and F-Zero don’t seem out of the question. Nintendo needs to get fans excited about owning a Wii U and releasing new titles in these franchises this year on the platform could be a way to do this. Maybe they’ll go even more old school and obscure and release a sequel to the Famicom Disk System, Japan only, Nazo no Murasame Jō (The Mysterious Murasame Castle).

X is the big known quantity on the Wii U and I highly anticipate that the game will at the very least see a release in Japan this year, perhaps in the fall. Another developer that Nintendo fans should look out for is Mistwalker, the guys that developedThe Last Story. While the game was released in the West in 2012, it saw its initial Japanese release in early 2011. Since The Last Story, Mistwalker has been working on a few iOS and Android titles, but I wouldn’t be surprised to see them return to their big, over the top RPG roots. I’m not saying that we’ll see a release of a top tier RPG this year from those guys, but I think we can at least get an announcement.

The Wii U has a tough road ahead, and surefire releases like Smash Bros. and Mario Kart will be top sellers, but I honestly don’t think that they’ll push more Wii U systems. Releasing new, innovative , and surprising software  is the key. I’m not worried at all about seeing continued dominance from the 3DS, but with 2013 being such a great year for the platform, developers have a lot to live up to! Oh, and please feel free to point and laugh at me for any and all of these predictions!

So join us by commenting on our predictions, or by sharing your own, in the Talkback section below.

The NWR Forums have already beat you to it and started a prediction thread in General Gaming. Seems like relewis2011 must have done something to upset the staff that they created a new prediction thread to shut his down. lololololol.

Of course, I've most likely nailed it already in the prediction department as seen in that thread but there is a whole year for some surprises to occur so I won't declare total victory just yet. I'm playing it safe this year! Too many close calls last year.

The Majora's Mask 'remake' will be the same treatment of ' link to the past' aka link between worlds and have similar or same world map and similar if not same characters just different background.

Oh thank you touch keyboard I appreciate it.

Well, if Diddy Kong Racing DS is any indicator, they only removed Conker the Squirrel and Banjo the Bear as selectable characters leaving the rest of the roster intact. I'd take that as a sign that Microsoft didn't care about those remaining characters or that Nintendo still had the rights to them.

So does that mean that I might be able to get my hands on Donkey Kong Country 1-3 someday?
I just assumed there was an issue because about a month before I went to download those games on my new Wii (I was in college when the Wii released so I was behind due to lack of funding and time) all 3 Donkey Kong Country Games were removed from the Virtual Console. I would love to buy all 3 of them.
I would also love to play DK 64 as I've never played that one, but it's my understanding that it never made it onto the Virtual Console at all.
I really hope they really do release these this year.

I can actually see all of Justin's predictions come true, even if I don't agree with all of them, they seem pretty realistic.

Eh, X/Y were only 16 months after B2/W2, and I'd think the desperate Nintendo that everyone claims is at play right now will do everything in their power to get a new Pokemon out ASAP. The time between Pokemon games has been steadily decreasing.

Not saying I'm right. I believe I even said that everything after July was a total crapshoot. I just don't think a new mainline Pokemon game in 2014 is ridiculous, even if spring 2015 is the mathematically likeliest scenario.

I think everyone can agree that there has to be a second major Fall/Holiday release besides Smash Bros., right? I think it's logical that one of the "Japanesey" games comes in late summer, and smash in mid-Fall, but that still leaves a major title, probably of different core appeal than Smash. And they've already covered their Wii Series bases with Sports Club, Fit U, and Wii Party U. Following the 3D World pattern, I think it's safe to say we won't hear about it until E3. I imagine it's at least a year too soon for Zelda. At this point I'd actually put my money on a surprise console Metroid by someone other than Team Ninja or Retro.