The best of the best! 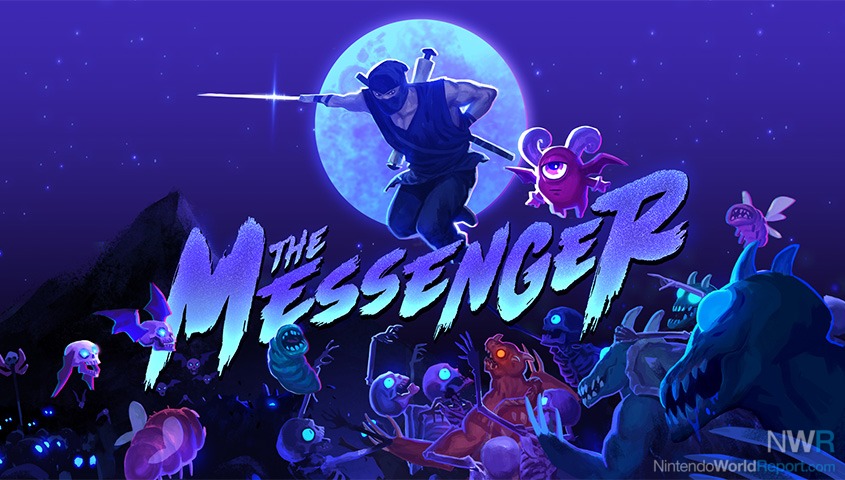 I love me some old school Ninja Gaiden, so when the logline of The Messenger was “it’s the Shovel Knight for Ninja Gaiden,” it rose quickly to my most-anticipated list. Boy did it ever deliver. The first half is level-based, taking you through a straightforward quest that at the halfway point, is flipped on its ear by a time-traveling mechanic and an open, Metroidvania-esque world design. This leads to the most visually and aurally apparent trick: going from the 8-bit past to the 16-bit future to solve puzzles and explore.

Stylish graphics and a killer soundtrack only get you so far though, as The Messenger goes from good to masterful thanks to the way your hero moves. Jumping around as the titular ninja is elegant and beautiful, making the potentially problematic backtracking in the second half a non-issue because it is a joy to bounce around the world, killing enemies and dancing across the screen through a combination of the jump-boosting cloudstepping mechanic, the gliding wingsuit, and more. Mix that all together with some awesome left-turn gameplay segments in the final hours and The Messenger comes together to be one of the coolest platformers I’ve played in years. And remember: free DLC in 2019! 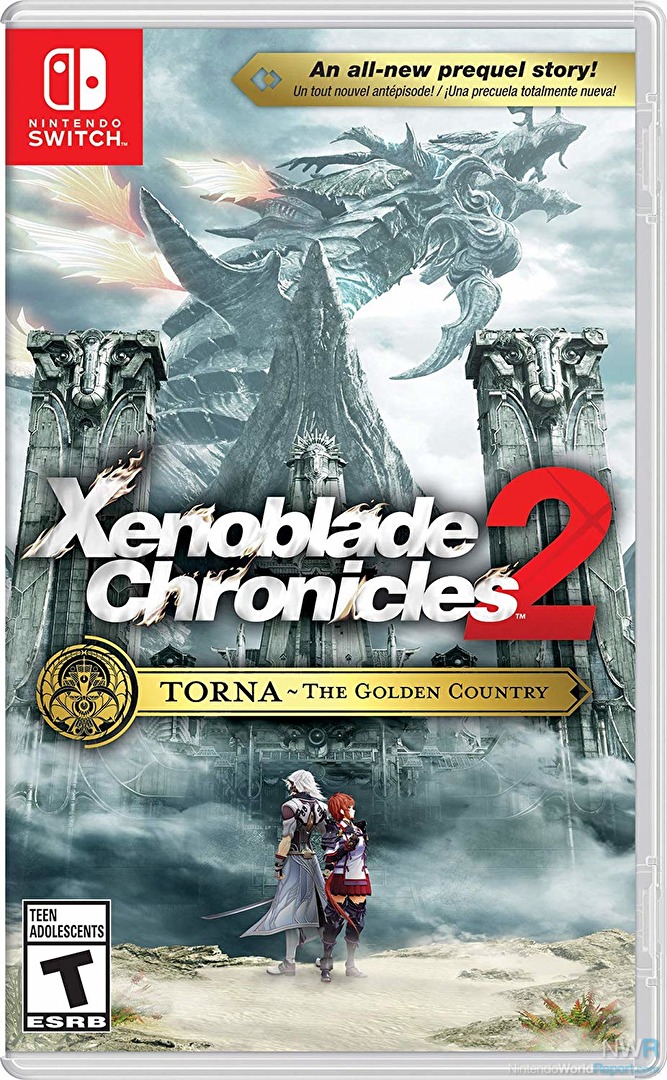 In the history of games, there aren't many DLCs that take on such a life of their own that they qualify as Game of the Year candidates. Xenoblade Chronicles 2: Torna ~ The Golden Country grew from simple beginnings as “story DLC” into a full physical retail release. Torna not only expanded the Xenoblade 2 experience as a whole, but proved more than capable of standing on its own as an entry in the series.

Torna served as a prequel to the original Xenoblade 2. The story painted Jin, who we had previously known primarily as a villain, as a kind and compassionate character. It turned the godlike Addam into a mere man trying to grapple with a newly-awakened Mythra’s seemingly unlimited power. Beyond story, we were also introduced to a plethora of gameplay improvements including the best battle system the series has ever had. With over thirty hours of content, we were surprised to find that Torna wasn’t just a great standalone experience, but a viable entry point for new players. 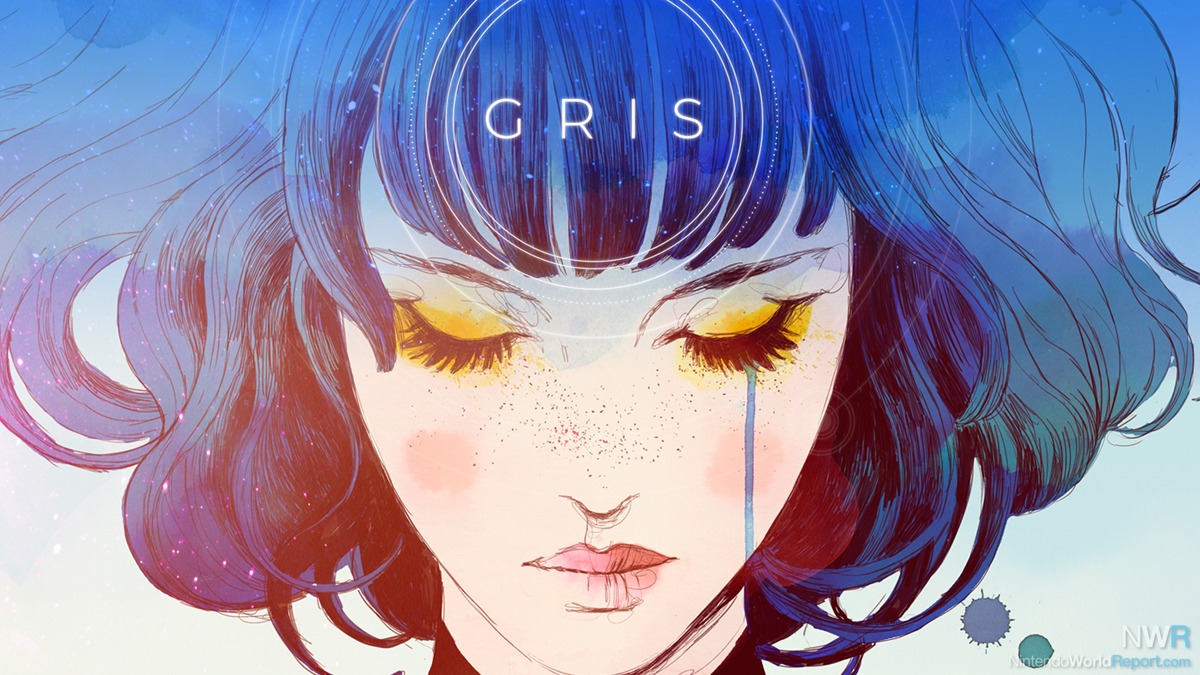 To see and play GRIS is to become a believer in the power of video games to transport you to another world, to allow you to lose yourself completely in an immersive experience. A fifteen-minute PAX West demo left me stunned, but playing through the full game just before its December release was like a tidal wave of emotions crashing into me. Every element of GRIS combines wonderfully into a melange of melancholy and a stew of sorrow. However, as you lead the protagonist Gris through what first appears to be a broken world, you realize that you are helping her piece together not only the game world but also her shattered heart.

Simple controls, a beautiful soundtrack, and the watercolor backgrounds make GRIS an absolutely delight, and it is representative of the bold and worthwhile choices that independent developers are making in bringing their games to the Switch. While the gameplay and exploration elements may seem pedestrian or lacking in variety, they are means to an end: helping a girl process a traumatic event in her life, and perhaps making it easier for you to do the same. 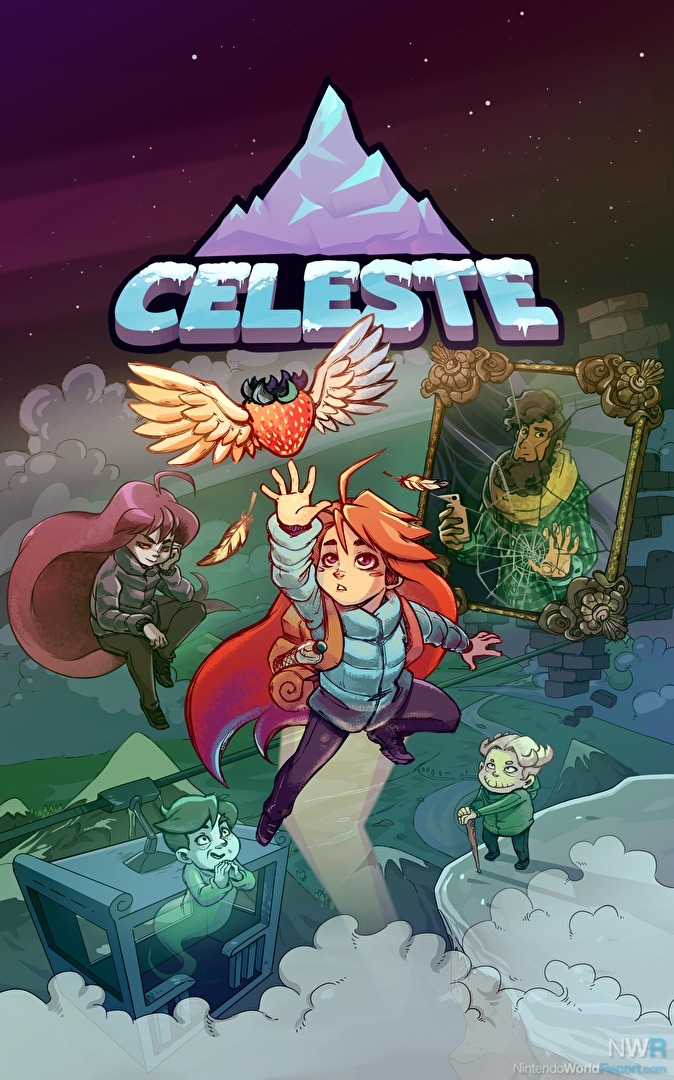 In the lead up that is the mountain of GOTY nominations, Celeste didn’t pull back in it’s journey to the top. The smash-hit platformer from Matt Makes Games (the same team who developed TowerFall) launched on the Nintendo Switch and other platforms in January of 2018. The premise of a young girl discovering her own intentions of climbing a mountain, wow’d players everywhere. The design of each level, the unlockable (and frustratingly difficult) challenges, the soundtrack, inventive obstacles, characters, and message made a lasting impression.

This single-player adventure takes on the challenge of trying to set itself apart from a very full genre of 2D platform games. That is the biggest hindrance to the game itself, and its attempt at standing out is done remarkably. A great many titles in this genre ask for players to travel from A to B, but Celeste demands more. Instead of simply collecting a Strawberry, one has to retreat back to safety without dying in order to have properly collected it. There are also B-Side and C-Side levels that significantly up the difficulty and remix the level design. With its consistent ruleset of movement, innovative platform challenges, killer soundtrack, and more, Celeste reaches the summit of perfection. 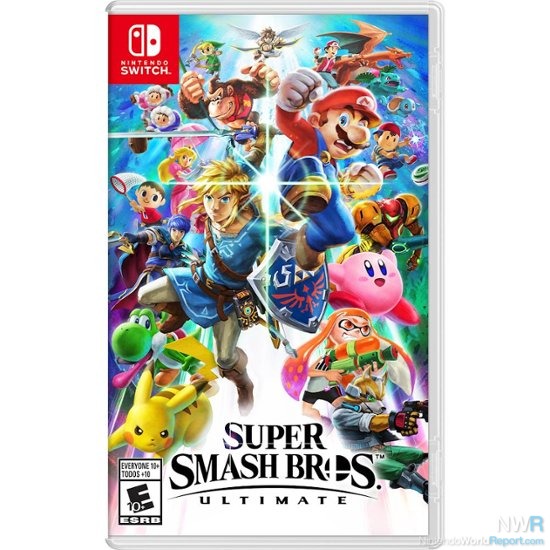 The culmination of all Smash Bros., simply put into its title. Every fighter from past games is here, and ready to duke it out. Whether it be a boxer from the Bronx, an Alolan fire cat wrestler, a goddess from the cosmos, or an actual dog...everyone is ready to fight! Super Smash Bros. Ultimate launched at the tail end of 2018, the same year it was announced. It boasts the biggest roster of characters, stages, and music in the series. Even with all of that content, a great portion of Super Smash Bros. Ultimate is the tweaks that have been made to familiar elements of the series: the fighters themselves, the rulesets, choosing stages before characters, and the customization in the options.

In addition to the breadth of changes is the new take on single player. The the brand new “Spirits” mode enables an abundant supply of various characters to acts a boosts to the player in fights. With over 1,000 spirits to unlock through the single player adventure mode and on the rotating board of spirits, the playtime feels endless. Everything about the game seems countless this time around. Over 70 playable characters (and more coming), over 900 tracks, over 100 stages: this is really big. Super Smash Bros. Ultimate takes what every title in its series worked with in terms of gameplay and runs with it. The new Smashdown mode where players chip away at the roster lends itself to trying out unfamiliar characters. Classic Mode has been tailored to each character. As you might expect, a small portion of familiar content has been removed: the trophy museum, mini game modes like Home-Run Contest and Break the Targets, and the Stage Builder. But the sheer amount of time spent with the Spirits mode surpasses expectations as each spirit battle is customized around the specific spirit.

At the end of the day, Super Smash Bros. Ultimate tackles two beasts simultaneously: innovating on the series and not losing focus on the core concept of the gameplay. This is a Smash Bros. game at its prime. There aren’t any side bits, like numerous platforming challenges (aside from the bonus game in Classic Mode). Nearly every single bit of gameplay is the core of Smash: knocking opponents into oblivion. Every spirit battle, classic mode fight, mob fight: all of it is what the Smash community has fallen in love with it. And of course, everyone is here!

No Valiant Hearts for best story? For shame.

Very happy you gave Xenoblade 2 Torna some love! The root game didn't get enough love (maybe because they released it in December)

Very happy you gave Xenoblade 2 Torna some love! The root game didn't get enough love (maybe because they released it in December but didn't bother to finish it until way later.)