With new vehicles, a slew of new functions, and the same exhilarating racing, Excite Truck's successor comes in with a bang....

HANDS-ON: Racing gets infested with excitement....

How did these American racing game buffs become one of Nintendo's go-to developers?...


BLOG: The Continual Delay of Nintendo's Wii U Games: Woe is Pikmin

Sorry folks. Only in your dreams will Pikmin 3, The Wonderful 101, Wii Fit U, and Game & Wario all make it out before the end of June....

Jared peers into the future....


BLOG: Punch-Out!! and Starfy Are Getting a Whole Lotta Love

RADIO FREE NINTENDO: Episode 502: Have You Heard the Gospel of Excitebots

Brothers and Sisters, the day of the nice sandwich is at hand!...

Billy returns to RFN, and this time, he stays for nearly the entire show.... 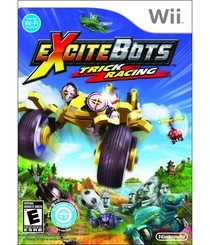