Iwata -In closing, I’d like to ask you for a final message to both players who have played “Dragon Quest Monsters” before, as well as players who will be playing for their first time. Inuzuka-san, if you please.

Inuzuka - To players who have played before, especially for players who haven’t played “Monsters” recently, I’d love to have them find out just how much monster battle and training has evolved. Additionally, we’ve spiced up the story as much as we can based on people’s memories of the scenario, so I want people to experience that as well. 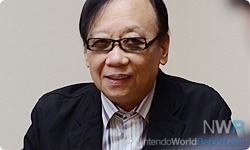 Iwata - There are all kinds of people who have never played “Dragon Quest Monsters” but have played the mainline “Dragon Quest” games, so from their point of view these monsters that they’re already familiar with have been brought to life in a different form.

Inuzuka - Exactly. As a 3D RPG, “Terry” is incredibly user-friendly with a fun story that’s closely related to the plot of the mainline games, so I think people of all ages can enjoy it. It’s a wide entrance with plenty of depth for the series, so I certainly hope people will play it.

Horii - You also can’t forget to mention the save data transferring.

Inuzuka - Oh, that’s right! After completing the game you can transfer monsters that you’ve raised in “Joker 2” and “Joker 2 Professional” from your save data to “Terry.” It’s pretty effective for getting new monsters after the ending.

Iwata - That adds even more depth to the play experience after the ending. What are your thoughts, Horii-san?

Horii - In the “Joker” series we had an upper limit to how strong the monsters could get. In regards to that we then implemented the “STRONGEST” system in “Joker 2 Professional,” but in Terry it was always that you could strengthen all of the monsters. So we chose to take advantage of that for this remake of “Terry” as well, which means you can really level up all of your monsters. This leads to expanded variations for your monster parties, and I look forward to seeing what kind of training combinations everyone chooses to go with. 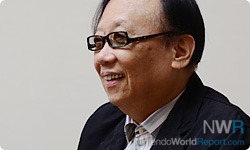 Inuzuka - It will be fun to see which combinations appear in tournaments.

Horii - Also, I also enjoy finding out what kind of people I’m playing against over Wi-Fi and Street Pass through how their party is set up. Like, “Ah - so they’re going to challenge me with these kinds of monsters!”

Iwata - That makes sense - it must be stimulating to see people do things that you hadn’t considered before.

Inuzuka - In that sense, we’ve balanced the game so that any monster can come out on top. It would be great to end up ambushed by something we totally didn’t expect.

Horii - That’s how “Monsters” always is. There’s this element of surprise - “Whoa, so they’re really pushing this part of the monster!”

Horii - It’s amazing. People will say, “This is the strongest possible party combination” for a particular combination, but in fact they’re really just trends, so you’ll eventually see the discussion turn in a different direction, like - “Oh, that party combination is so last year!” (laughs)

Iwata - Even if there’s a really effective strategy, people find new, effective methods to counter it, leading to different trends.

Iwata - Back when the original “Terry” was released, strategies didn’t really get communicated on a national level, but now that the net has proliferated as much as it has I’m sure that that cycle of changing trends appears much more dynamic. In that sense, it will be fun to see how players accept this new “Terry” that’s brought to life the “memory” people had of the original.

Iwata - And then, once they’ve had their fill, “X” will also finally be out in the world…

Iwata - “X” is yet another huge challenge for “Dragon Quest.” “X” isn’t our main focus for today’s conversation, but it was quite a long time between when you first thought, “I’d like to try doing something like this” and finally seeing that come to fruition in “X,” right Horii-san? 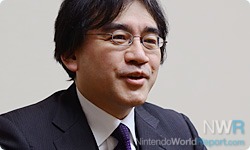 Horii - Quite a bit of time indeed. The times have changed a lot as well, so I’m not sure at all about how things will be when it’s finally released. But I’m pretty sure that for “X” we haven’t lost that aspect that you can figure things out just by playing.

Iwata - Quite the opposite - perhaps this is the first time that an online game has so adamantly adhered to the idea that you can just figure things out by playing. Just as RPGs became a household phenomenon with “Dragon Quest,” I have a feeling that it will be a huge impetus to get a large variety of people to understand the appeal of online games.

Horii - I have a feeling that people tend to see online games as a chore. But I’m also sure that there are players thinking that they’d be willing to try them out for an online “Dragon Quest.” I hope not to disappoint them.

Iwata - People playing the Beta Test Version (※34) seem to be enjoying it.

Horii - I’ve been popping in myself every now and again, and yeah, it’s fun. (laughs)

Iwata - “Yuupon” (※35) shows up so often that apparently people have been doubting that it’s really you. (laughs)

Inuzuka - But there are fakes, too.

Horii - I’m rather shy, so when people find me I tend to run (laughs). 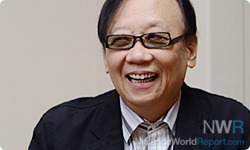 Inuzuka - In other words, if he runs away that’s how you know it’s really him (laughs).

Iwata - Ahhhh…. Talking about “Dragon Quest” is so much fun. If I keep asking about “X” we’ll run out of things to talk about for that edition of Iwata Asks, so maybe I’ll stop here (laughs).

Iwata - Thank you very much. 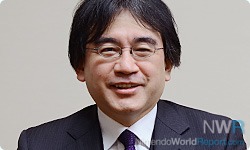