Inuzuka - Normally I rarely ever wear a suit… It would raise eyebrows if I did wear one, but I wasn’t about to come here in a sweatshirt, so as rare as it is, I’m in a suit here today (laughs).

Iwata - Ok then, thank you for coming today.

Inuzuka - The pleasure is all ours.

※2 “Dragon Quest”＝ Known as “Dra-Que” in Japan. The first title in the series was released for the Famicom in May 1986, and has since become the standard for role playing games on home consoles.

Horii - I believe he (Inuzuka-san) proposed the idea for it 14 years ago.

Inuzuka - But even before that, it was the very first producer - (Yukinobu) Chida-san (※4) who had the idea. Back then he was surrounded by people who were into horse racing, and they talked about the feasibility of “making a game around ‘breed’ monsters from ‘Dragon Quest.’” So they went to Horii-san to discuss.

※4 Yukinobu Chida＝ The CEO of Square-Enix. One of the founders of “Dragon Quest,” who handled producer duties on the series for years.

Inuzuka - Yes. That was the initial idea for “Monsters.”

Iwata - Ah, so it all began with the idea of horse pedigrees!?

Inuzuka - Yes (laughs). It all started with the word “breeding,” and from there it eventually became the game that we know today. 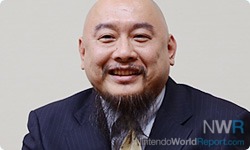 Horii - So we discussed, “Who should be the hero?” and by that point we already had “Torneko" (※5), so we thought “Maybe it should take place when Terry (※6) was a young boy.” Originally we had Toriyama-sensei (※8) draw the Terry design to be the main character of “VI” (※7). But his design was a bit too unique to be the main hero, so the idea of making that design a different character is how Terry was born.

※8 Toriyama-sensei＝ The manga artist Akira Toriyama. His works include plenty of staple franchises such as “Dr.Slump” and “Dragon Ball.” Has handled the character design for all of the titles in the “Dragon Quest” series.

Inuzuka - That’s why in the original concept Terry didn’t show up in the story.

Horii - But during that period I was right in the middle of making “VII” (※9) and the Super Famicom version of “III” (※10), so I remember basically leaving it up to other people and then coming in to tune at the very end.

Inuzuka - And then Horii-san was hospitalized. I brought the whole script to him in the hospital, which he outright rejected (laughs).

Horii - Then I edited that script and changed quite a bit in the breeding table. I couldn’t get past the idea that two strong monsters could make a weak one, so I remember adding quite a bit of special breeds.

Iwata - What did you go through to finally arrive at the mechanics of “Monsters?”

Inuzuka - I think that the whole structure of a base town, automatically generated dungeons and a boss at the end was all in there from the beginning when I showed the idea to Horii-san. But Horii-san fixed things like when the breeding grounds would be open, those kinds of steps.

Horii - In the beginning players were able to go anywhere they wanted from the get go. But by doing that players wouldn’t be clear on what to do, so we changed it so that areas would gradually open up.

Iwata - The idea that the things you’re able to do naturally increase like that is directly related to why anyone can play “Dragon Quest,” that “peculiar tuning” that Horii-san is so good at.

Horii - Well, I don’t personally read instruction booklets (laughs). It’s like, I just start playing with it with the idea that you have to be able to ‘just get it.’ 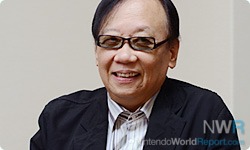 Inuzuka - In any event, Horii-san’s “player sensor” is kind of… it’s out of this world. Normally when making a game you’re prone to starting to think more like a dev than a player, but Horii-san NEVER gets that way!

Inuzuka - Exactly, and that’s what’s so amazing. For a person that could use psycho-kinesis, that would just be normal for them, right? From our point of view Horii-san is like that, his point of view is super powery.

Iwata - Yes, the fact that he can always continue to come at it like someone who’s playing for the first time, even though he’s a developer - that’s a super power in some sense.

Iwata - Normally once you’ve played it once you can’t really go back to thinking like someone who hasn’t. That’s why…I don’t think it’s quite normal (laughs). 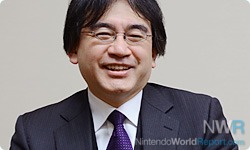 Horii - (laughs). One thing I think I’m pretty good at is figuring out what you have to do to make it so people will get something. After thinking, “People won’t get this,” the answer just comes to me, right there. Like, “For this, it would probably be best to fix it this way, no?”

Iwata - The fact that you’ve done that exhaustively from beginning to end is once of the stand out characteristics of the series.

Horii - Well, I suppose it’s piece of mind. People can feel uneasy because you don’t know what a game is like until you play it, so a lot can be kind of scary if you don’t understand it because maybe you won’t be any good at it. But I think “Dragon Quest” gives you this piece of mind that it’s something you’ll be able to figure out without any problems.

Iwata - The reason that “Dragon Quest” is one of the go-to brands is because it’s built this trust with people that “if you start it, it will definitely be there with you, taking you to the end.”

Horii - Right. Also, we put a lot of attention into insuring that we don’t over explain things. Because if something is explained to me at length I’m like, “Ugh, enough! This just seems like a pain!” (laughs) Players don’t HAVE to understand all of the game systems. If they can just feel like they’ve figured it out and feel secure in playing, that’s enough.

Iwata - No doubt that it’s not just as simple as making sure you’ve carefully explained anything - there is a balance you need to hit. I think that’s one of the feelings you’re able to sense from the players.

Horii - It’s a fine balance to sense. All of the staff members understand that, and they’re getting better at sensing it themselves.

Inuzuka - Is that right? I’ve been collecting and storing those little nuggets of wisdom from Horii-san, but even when I have a design that I feel, “This is PERFECT!” I’ll be sent back to my desk thinking, “Well… he’s right.”

Inuzuka - There’s this repeatedly going back to finding the sweet spot in the core of the game that we haven’t figured out yet. Somehow it’s been 20 years now (laughs), but there are times when I’m still totally surprised, seriously.