Iwata - You mentioned that “it’s a celebration of Dragon Quest” - so is the concept for “Monsters” that it’s “Celebration Software?”

Inuzuka - Yes. That’s why some of the famous bosses from the series like the Dragon Lord (※18) and Hargon (※19) make appearances.

※18 Dragon Lord＝ The boss of the first title in the series, “Dragon Quest.”

※19 Hargon＝ The boss in the second title of the series, “Dragon Quest 2.”

Iwata - And you’re able to play with all of the monsters from the “Dragon Quest” series up until now, including the bosses. Looking at it from a developer’s perspective, I think that is absolutely fantastic. Inuzuka - I try to challenge the limits of what kind of deviations would be allowed because it’s a spin-off title, given that certain deviations wouldn’t be allowed in a mainline title, and hit Horii-san up about them.

Horii - Since it’s a spin-off, there’s also a kind of parody-like aspect about it. So for some things you think, “We’d never be able to do this in a mainline title, but if it’s done in a spin-offy way, why not?”

Inuzuka - Naturally, there are some cases that go too far and Horii-san will show disapproval for, so it’s a constant battle.

Iwata - Well then, does that mean that you’re constantly making the games, trying to push those boundaries further?

Inuzuka - Yes. Otherwise the spin-off wouldn’t be very fun, so I do everything I can to give it that edge.

Iwata - Then for Horii-san, I would imagine that there’s always a side where you’re watching to see what kind of reaction you’ll get from the spin-off titles?

Horii - Yes. Well…In general I don’t really want to allow these different elements, but I don’t give a strong “No.”

Horii - I’m opinionated about the systems, but in regards to whether we allow a certain monster or not…

Iwata - Having a healthy appetite for pleasing the customers, I would imagine that Horii-san is particularly weak to the words, “This seems like something the players would enjoy.”

Iwata - And as such, making a series out of “Celebration Software” leads to a whole new set of hurdles to deal with. Inuzuka-san, how have you approached those hurdles? Actually, it also seems like there aren’t many cases where, even if a spin-off title is popular at first, that the popularity remains strong either.

Inuzuka - “Monsters” has a rather complex history. “Terry” sold well, so next we made “Monsters 2” (※20) and then after that we put out “Caravan Heart” (※21), but for each title the sales numbers diminished. At that point it felt like we wouldn’t be able to put out any more, but then the Nintendo DS was announced, and we felt that “On this hardware we might have a second chance!”, so we renewed the series as “Joker” (※22), and that’s when we started to see some consistency. 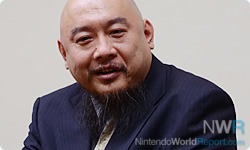 Iwata - So at one point the series was on the brink of death. How did you feel about all of that, Horii-san?

Horii - I believe for “Joker” we discussed the idea of having a “cool hero,” like we’ve never done before.

Inuzuka - Right. Up until then I felt that there were a lot of cases where kids would graduate from grade school and graduate from the games at the same time. I felt that was a waste, so we should try bringing in a cool hero, and give the game the kind of image where it’s something that could be a bridge between grade schoolers and middle schoolers.

Horii - Also, that was right when “VIII” (※23) was released. And, as I remember it, since DS was capable of doing 3D graphics like consoles, I thought “This could work!” and gave the GO sign.

※24 DS Tag Mode＝ Transmission functionality where you can exchange data with people you pass by keeping the DS’s power on and carrying it with you.

※25 “IX”＝ “Dragon Quest IX.” Released for the Nintendo DS in July 2009. The ninth title in the “Dragon Quest” series.

Iwata - It might be interesting to hear about how “Monsters” changed after gaining the new transmission functionality capable with the DS hardware, being that it was a game where you originally battled with others over the Game Boy link cable, and also how it went on to inspire “IX.” 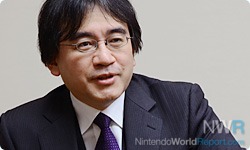 Inuzuka - Indeed. Of course, the sales of “Joker” and “IX” were quite different, so the player’s reaction were in two completely different realms.

Iwata - Since tag mode in “IX” became a cultural phenomenon.

Horii - You didn’t get many tags with the first “Joker.”

Iwata - You could probably say that the first software where you really saw a reaction to Tag Mode was “IX.” When “IX” produced that cultural phenomenon, we had people internally at Nintendo who felt chagrined - “That’s what WE wanted to do with Tag Mode!” (laughs) That’s why we began thinking about how we could produce that kind of thing, even with titles that weren’t especially big sellers like “IX,” and that’s how the idea to enable Street Pass on up to 12 different titles at a time, as opposed to just the software you’re currently playing.

Inuzuka - We actually had a bit of trouble with the 3DS’s Street Pass framework for “Terry” this time. You can always Street Pass, so you don’t have the ability to have these ON and OFF states, so it wasn’t always easy for the players to understand what was going on.

Inuzuka - Players end up feeling uneasy when they’re not sure what’s going on.

Horii - Right. They need to be able to know, “Right now I’m sending this.”

Inuzuka - It took a bit of time to tune that.

Iwata - I see. So there were a couple hurdles you had to clear in order to arrive at that easy to understand simplicity common across the “Dragon Quest” series. Just how did you decide to remake “Terry” on the 3DS anyhow?

Inuzuka - I’m sure Horii-san doesn’t remember, but he was actually the one to propose it.

Horii - Ah, but I think I said that with the intention that it would be over a rather long span, like three years. I didn’t think we’d be putting it out so quickly. When I heard the details I was quite surprised - “What, just one year from now?!” (laughs). 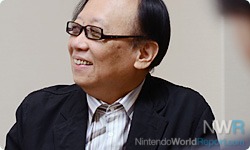