Iwata - You were quick going from “Professional” to this.

Inuzuka - Indeed. I wanted to get a cycle going every year where we would release in spring, have tournament preliminaries in summer and then have the finals at TGS (※28) in fall…So we made the game working towards that goal.

Horii - It really was quick.

Inuzuka - It was. It was also kind of rough (laughs).

Iwata - When the idea of remaking “Terry” came about, what was the first thing on your mind, Inuzuka-san?

Inuzuka - When Horii-san brought it up it wasn’t clear whether it wold be on 3DS or DS, but after putting out three titles on DS we did get the feeling that we had explored that front as much as we could, so we were looking forward to figuring out just what we would be able to do with 3DS. We ended up setting our deadlines before we really knew, though, so we were constantly rushing through development. Of course, Horii-san would never give the nod of approval to something that was half-baked, however, so fans can rest easy. On the flipside, that also meant there was never any time to jump the shark with this one either, which means we could rest easy as well.

Iwata - Even if you had started to get a little crazy with it Horii-san definitely would have stopped you, for your own good. Even so, having to deal with the simultaneous development of this and “X” (※29) must have been pretty rough for you, right Horii-san?

Horii - Right, I started to think “crap”… so more and more I’ve left it up to him (laughs).

Inuzuka - As much as he’s “left it up” to me, there’s of course a very real line that defines what Horii-san will and won’t permit. So we confidently built the game up around that line.

Iwata - The idea that the team understands so well what Horii-san prioritizes in game development may have changed over these 20 years. By the way, I was kind of surprised that, since this title features more monsters than other game in the series, that there’s guest appearances from monsters from “X” as well.

Inuzuka - Yep. Since we figured fans would probably be expecting something like that, we negotiated with the director of “X” and got the OK to put a couple monsters in this game ahead of release. 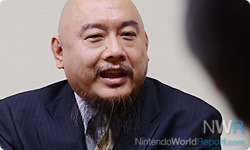 Iwata - Is that other one of those free services, Horii-san?

Inuzuka - These monsters are more to fill a promotional role for “X,” however. I think there’s some value in these monsters specifically because they’ll be making appearances in “X.”

Horii - The more you see them the more familiar they feel.

Iwata - I see. And since there will be people playing “Monsters” that are super hard core, as well as some returning for the first time in a while, and of course you’ll want first timers to try it out as well. How did you strike the right balance so that all different types of players like that won’t get led astray?

Horii - The idea that it should be “wide and deep.” If the entrance is wide, anyone can come in and play.

Iwata - So the idea is that anyone can come and play thanks to the wide entrance, but then the player can decide just how deep they want to get into it.

Horii - That’s right. Some people would just want to see the ending and go, “Ahh, it’s over.”

Inuzuka - Some would indeed.

Iwata - You could play efficiently, just touching the surface, or you could get in there deep and complete everything if you wanted.

Inuzuka - And somewhere in the middle there’s the group of people who light battlers who battle with Street Pass.

Iwata - Now that you mention it, “Mario Kart” (※30) also has players who find online play against people the most fun, and some who say they’ve never played against anyone online. But both types of player are completely satisfied. That’s why it’s best not to think too much about, “You have to play this game this way,” and that’s what we mean when we talk about making the entrance “wide.” 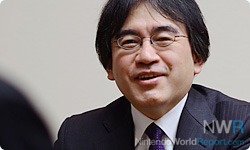 Horii - Exactly. It’s the idea that you’re free to play how you like. This time around we’ve made it so that you have up to four companion monsters you can walk around with.

Inuzuka - Right, you can configure your battle party of four monsters that you’ve caught, so it should be easier to battle for players who aren’t quite used to it. At the same time, completionists have more options to strategies with that setup.

Iwata - Increasing from three monsters to four adds another dimension to the combinations and strategy, so not only does it mean a deeper battle experience, but a wider one as well.

Horii - And of course, it’s also just fun to captures monsters and make them stronger. That is really the core. 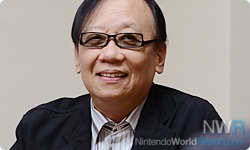 Iwata - There are people that find fun in battling with the monsters they’ve raised, and there are people who’ve achieved what they’ve set up to do when they’ve just maxed out their monsters.

Horii - Right, the fun of raising the monsters yourself. I think part of that is also thanks to the amazing art Toriyama-san has provided. Players have a tendency to want to level up the monsters that they like in particular, so I think they enjoy it even more when they can imagine those monsters while doing it.