X marks the spot. It's there you can find Treasurenauts. 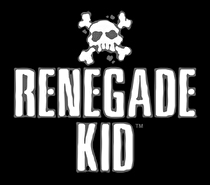 Renegade Kid, the developer behind Mutant Mudds, is developing a game titled Treasurenauts.

Nothing is known about the game. This name was discovered by Siliconera through a trademark in the United States Patent and Trademark Office.

In the meantime, Renegade Kid is releasing ATV Wild Ride 3D on the 3DS eShop March 7, while Mutant Mudds Deluxe for Wii U comes out Q2 of this year.

Find out what's preventing your favourite eShop games from making their way to Japan.

NCL requires publishers of 3DS and Wii U eShop titles to be majority owned by Japanese stockholders.

The news comes from Siliconera's report of Nano Assault Neo being published in Japan by Arc System Works (the studio behind the BlazBlu and Guilty Gear series).

This regulation means many independent studios must find publishing deals with Japanese studios to put their game on that country's eShop.

These additions, plus free downloadable quests, coming in April. 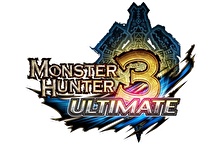 The Wii U version of Monster Hunter 3 Ultimate will receive a patch in April that adds Off-TV play and cross-region online multiplayer to the game. The game, originally announced to be region-locked in multiplayer, will now allow players in Europe and North America to hunt together.

The Amazing Spider-Man Not Releasing in Australia WiiU

Spidey's senses were signalling to steer clear of an Australian release. 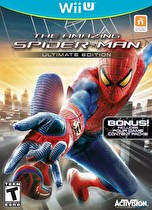 The Amazing Spider-Man Ultimate Edition will not be releasing in Australia, however the game will still be released in Europe.

The Ultimate Edition of the game includes the original game plus the DLC that was released for the title.

This news makes it the third title from publisher Activision to not see release in Australia, the other two titles being 007 Legends and The Walking Dead: Survival Instinct.

Pretty big turnout for this Downloads party I'm throwing. Coaster Creator 3D is over there in the corner, chatting it up and NOT using a coaster on my new oak table! You'd THINK he'd know better. Easter Eggztravaganza and Mahjong Mysteries - Ancient Athena were unexpected guests, but they're welcome... Read more...

Renegade Kid sure loves its mud.

The 3DS eShop gets its quad on next week, as Renegade Kid's ATV Wild Ride 3D has been dated for March 5. The arcade styled racer will arrive in North America with a price tag of $7.99.

Originally released as a retail game for the DS, ATV Wild Ride 3D is a remake for the 3DS eShop. The game packs... Read more...

Once downloaded, the title screen will display that the version of the game is now "v1.30," and then give you a notice that new costumes for Ryu, Momiji, and Kasumi are now  available,... Read more...

Will Wii Mini become the next Canadian staple? Move over, Alanis Morissette! 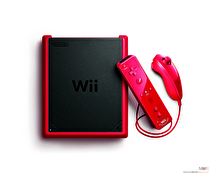 From its launch through to January 31st, the Wii Mini has sold 35,700 units across Canada, according to the NPD Group.

When asked of Nintendo of Canada's opinion regarding the reception, Ryan stated that the "Canadian market has reacted positively to the great value the system has to offer, and we are seeing this reflected in the sales numbers."

The 3DS Gets Two New Colors in Japan 3DS

Two new colors will be added to the Nintendo 3DS lineup in Japan. Starting March 20, Nintendo will begin selling Light Blue and Gloss Pink colored 3DS units. Each unit comes with a 4GB SDHC memory card and retail for 15,000 yen each.

These two colors will bring the total number of standard... Read more...

Add some more third party titles to the digital pile.

Tetris: Axis and Resident Evil: Revelations are coming to the Nintendo 3DS eShop in Japan.

Tetris: Axis, simply titled Tetris in Japan is being published by Namco Bandai, and is set to release on February 28 for a slightly discounted price of 3,400 yen (the physical version runs 3,990 yen). 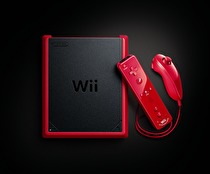 Nintendo of Europe has announced that the Wii Mini will be available all across Europe next month.

Most countries such as the United Kingdom and the Benelux area will get the system on March 22, while Germany will kick it all off on March 15. As pricing details are up to retailers, the cost of the unit is still up for debate. 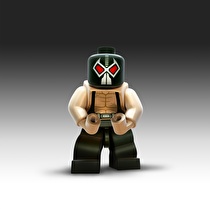 LEGO Batman 2: DC Super Heroes will be brought to the Wii U this Spring, announced Warner Bros. Interactive Entertainment.

New to the Wii U version is the ability to play offline co-op without the split-screen presentation found in last June's versions; one player can use the TV while the other... Read more...

The games Nintendo has given dates to include Luigi's Mansion: Dark Moon, which is coming out on March 28, Fire Emblem Awakening will be coming on April 20, the new Pokémon Mystery Dungeon: Gates to Infinity is arriving on May 18, and Animal Crossing: New Leaf will be available on June 15.

Come play Wii U games with NWR staff and readers!

Nintendo World Report is having a Wii U community event tomorrow night, February 26, where our staff and readers can get together and play online.

The action starts at 7 p.m. Eastern (that's 4 p.m. Pacific and Midnight UTC), so pick your favorite Wii U online game and get in the chat to find people to play with!

Merchandising, merchandising - that is where the real money from games are made.

JAKKS Pacific will be marketing and distributing  lines of Nintendo toys and costumes under JAKKS Pacific sub-division, Disguise, Inc.

Toys and costumes will come from multiple Nintendo franchise including Mario, Donkey Kong, and The Legend of Zelda. Jack McGrath, COO of JAKKS... Read more...

A sequel to 2011’s Mighty Switch Force is in development for Nintendo 3DS.

Mighty Switch Force 2 will see the return of protagonist Patricia Wagon and will again feature music composed by Jake Kaufman. The development team is aiming for a release in either Q1 or Q2.

WayForward director Austin Ivansmith announced the game during a Destructoid podcast. The developer later confirmed the reveal on their Twitter page.

The Wii may still have some life left in Europe.

The Wii Mini may be coming to Europe.

The Wii Mini has been discovered under the Wii tab on multiple European versions of Nintendo's official site. However, it could be a mistake; after clicking on the link, users are greeted by an error page.

So far, the Wii Mini has been exclusive to Canada.

Expect service interruptions on February 25 and 26.

Nintendo has stated on its Network Status page that "emergency maintenance" is scheduled Monday, February 25 and Tuesday, February 26 for the online portions of Pokémon Black and White (both the originals and sequels), Ninja Gaiden 3: Razor's Edge, and Warriors Orochi 3 Hyper. Nintendo has not specifically discussed what needs fixing, but expect intermittent issues with playing any of these games online on February 25 and 26.

How many Pixar franchises can fit in one game?

Cars was revealed as the fourth playset in Disney Infinity.

Following The Incredibles, Monsters University, and Pirates of the Caribbean, Cars will let players play in the world of Radiator Springs as Lightning Mcqueen, Mater, Holley Shiftwell, and Francesco Bernoulli.

Get twice as many points for shooting people in the face.

The weekend promotion runs from Friday to Monday, and is available to players on Wii U, PC, Xbox 360, and PlayStation 3.

To participate, simply hop online between February 22 and February 25, and you’ll automatically earn double the experience points for every headshot, frag kill, and flag capture you can rack up.